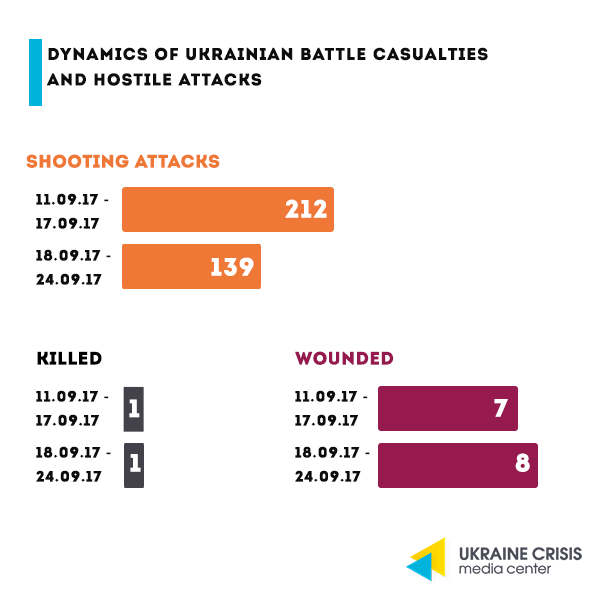 The situation in the combat zone remains unstable. Russia-backed militants continue provocations, however, they decreased the use of heavy weapons in comparison to the previous week.
Civilians. According to Alexander Hug, Principal Deputy Chief Monitor of the OSCE Special Monitoring Mission to Ukraine, 68 civilians have been killed and 319 wounded this year in Donbas. It is 18 percent more than in the respective period last year.
Residential areas came under fire during the militants’ attacks upon the Ukrainian troops’ positions near Zaitseve-Pivnichne (Donetsk sector) and Hranitne (Mariupol sector) on September 22 at 21.30.
OSCE. OSCE mission monitors registered a military camp with arranged firing positions and trenches outside the occupied Luhansk. Works in the camp are still underway near Dovhe village, reports OSCE.
According to Alexander Hug, the mission plans to install new CCTV cameras for surveillance purposes in Donbas, namely near Pishchevyk, Maiorsk and at the control point in Maryinka as well as in the northern part of the disengagement site in Stanytsia Luhanska area close to the Prince Ihor monument.

The opening of a “DPR” “representation” in France. Illegal organization “DPR” released a statement about the opening of its “representation” in France. The opening is to take place in Marseille on September 25, at the Novotel Marseille Centre Prado conference hall. According to the Embassy of France in Ukraine, the Ministry of Foreign Affairs of France addressed the Prosecutor’s Office of France regarding the planned opening of the “DPR representation” in Marseille. It is reported that the office is registered in the country as a civic association and thus according to the law a prior approval is not required. At the same time, it cannot have any diplomatic powers. Meanwhile, in June 2017 a court in the Czech Republic, ruled to liquidate the “DPR” “representation” in the Czech Republic as illegal.
“LPR” to install over 100 monuments to militants. “LPR” militant group headed by Igor Plotnitsky plans to install over 100 monuments to the killed militants by the end of 2017. The “Memory” program foresees the “installation of monuments to the unknown defenders of Donbass as well as to those of them whose families will not be able to take care of their graves in a due manner because of objective reasons.”

The second meeting of Presidents Poroshenko and Trump: main results

Presidents Poroshenko and Trump met in Washington on September 21. The US delegation also included the Vice President Mike Pence, the Secretary of Defense Jim Mattis and the Secretary of Energy Rick Perry.
Poroshenko’s take. “We had a full-fledged, detailed meeting with the US President Donald Trump. We got firm support on the part of the US, the support that also concerns our sovereignty, territorial integrity, and independence of the country,” said President Poroshenko. “Particular emphasis was made on our cooperation in the military-technical sector. (…) The President gave clear orders so that we are able to expand our cooperation. There was also a particular focus on the economic cooperation”. “I am fully content with the negotiation results,” Poroshenko stated.
Trump’s take. The President of the United States Donald Trump called the meeting with the President of Ukraine “wonderful”.
UN peacekeepers in Donbas. According to President Poroshenko, the US completely supported Ukraine’s vision on the deployment of the UN peacekeeping mission to Donbas. According to the Ukrainian position, the UN mandate has to cover the entire uncontrolled area of Donbas including the part of the Ukrainian-Russian state border that Ukraine does not control at the moment. The vision is severely criticized by the Kremlin. To remind, the prospects of deploying a UN peacekeeping mission to Donbas were the main theme of the intervention that the Ukrainian President made at the meeting of the UN Security Council and at the General Assembly session.
More details in UCMC’s material: “What President Poroshenko and President Trump spoke about and agreed upon – officially and between the lines”. 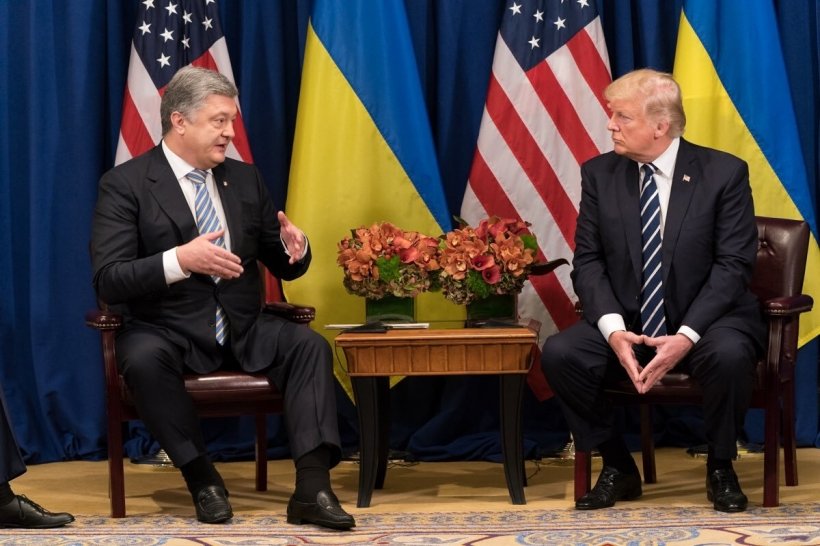 Society: Why Ukrainian combat veterans are asking Apple to correct its advertising video?

Ukrainian veterans of the war in eastern Ukraine recorded a video address to the Apple company. The reason for that became the company’s promotional video for the Watch Series 3 that features a “Russian cyborg” – a Russian TV host with a prosthesis. Ukrainian veterans asked the company to take out the phrase “Russian cyborg” of it and apologize to Ukrainian veterans. “Cyborgs” is what the Ukrainian military and war veterans who took part in the fight for the Donetsk airport in May 2014 – January 2015 are called, emphasizing in such a way their incredible courage and unbreakable character. “While my country has part of its land illegally occupied and annexed by the Russian Federation, its people killed, tortured and kidnapped, your company has wittingly or unwittingly colluded with the Russian Federation in its propaganda war against us,” the video address says. The video response was produced at the initiative of the “Pobratymy” civil society organization that deals with rehabilitation programs for combat veterans. 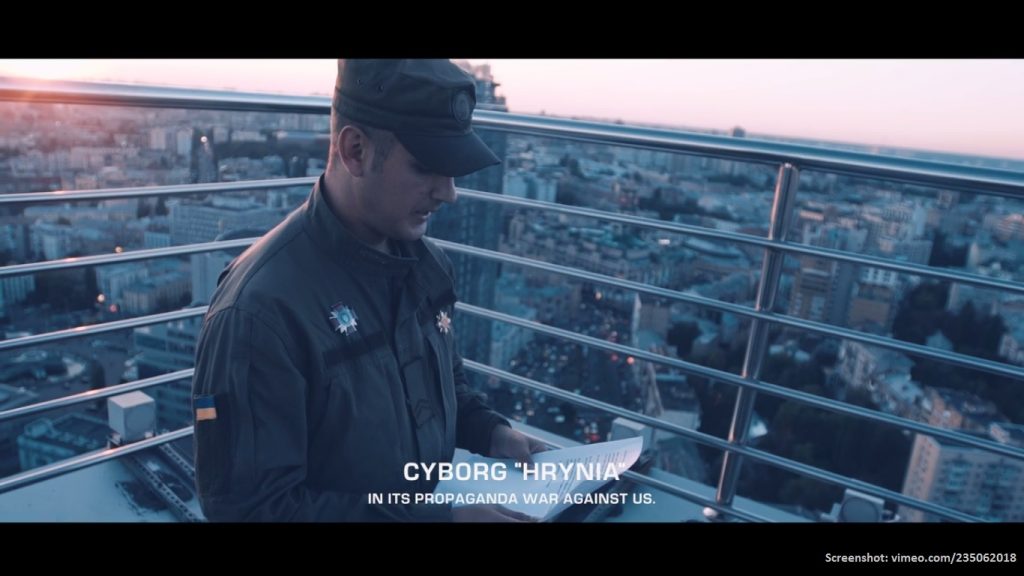 The de-facto parliament of the occupied Crimea adopted a “law” that allows to write off the loan commitments that do not exceed 70 thousand euro that Crimeans have towards the Ukrainian banks. The document also foresees the mechanisms and the categories of borrowers who are entitled to their debts being restructured after the Ukrainian banks left the Russia-annexed peninsula.

Reforms in Ukraine: eHealth and first successes of decentralization

eHealth. The eHealth electronic system has become available for doctors and patients to be registered in test mode until April 1, 2018. It was informed by Acting Minister of Health Ulana Suprun at a press conference on September 20. According to Yurii Buhai, project manager of Transparency International Ukraine, the eHealth project is being implemented with the support of the Governments of Canada, the US, Germany, and the Global Fund.
Currently, eight medical information systems (MIS) have been connected to eHealth and 367 health institutions have been registered. Many health institutions have already introduced “Polyclinic without queues” system. “We see that as many as 30-35% of patients make an appointment to see the doctor via the Internet,” said Artur Verba, one of the developers of the service. According to him, the contribution of “online patients” in the hospitals comprises from 80 to 90%, which means that people are ready for innovations.

Decentralization progress. The results of the first half of 2017 revealed that in the regions the tendency for a growth prevails in the key spheres. The overall production of construction materials has increased by 24.6%. Capital investments countrywide have grown by 22.5%, of which 4.4% are foreign direct investments. On average, the growth rate of local budgets in Ukraine is 41.3%. Real wages have increased by 19.7%. The arrears of wages have decreased in 17 regions.
Communities start to more actively use the cooperation mechanism, which enables them to address common problems at the local level through pooling resources and joining efforts of several local councils. In total, 458 communities are cooperating in the areas of housing and utilities, public services and amenities, fire safety, education, healthcare, social security, etc.
The state supports decentralization financially. So, as of September 20, the commission at the Ministry of Regional Development approved 1,587 infrastructure projects of the united communities. These projects are to be implemented by the end of this year with the appropriate state subvention. The total cost of the approved projects is almost UAH 1.3 billion.

Ukrainian wins a break-dancing competition in France. Ukrainian Roman Masyk, a native of Kolomyya, Ivano-Frankivsk region, won the national break-dancing competition in Paris. He then took part in the international break-dance competition in the Netherlands. Roman is back to his native town where he trains children. Here is the video of his award-winning performance.
Ukrainian premiere of the play written by the prisoner of conscience Oleg Sentsov. “Numbers” play by Oleg Sentsov, the Ukrainian film director imprisoned in Russia, was staged in Ukraine for the first time in the framework of the PEN International in Lviv on September 19. Sentsov wrote the play in the Russian prison. It comes as his first playwright experience. “Numbers” were staged for the first time at the Moscow-based “Teatr.doc” in November 2014. The characters of the play have no names but numbers instead: from 1 to 10. Other characters of the play also include judges, the main of them is called Zero. Here is the video of the play. Note: in 2015 Sentsov was sentenced to 20 years in the maximum-security colony under the terrorism charges. Ukrainian and international human rights defenders consider Sentsov a political prisoner. 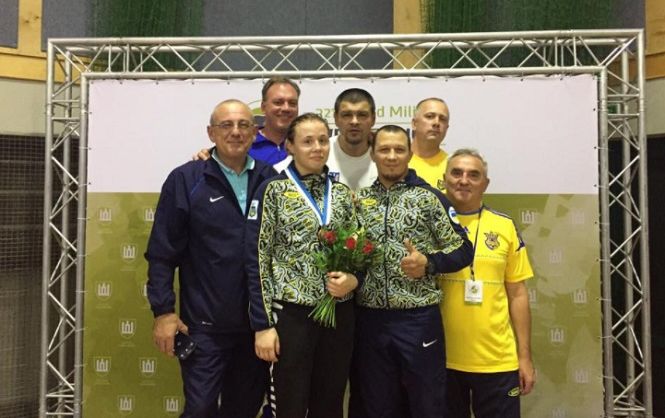 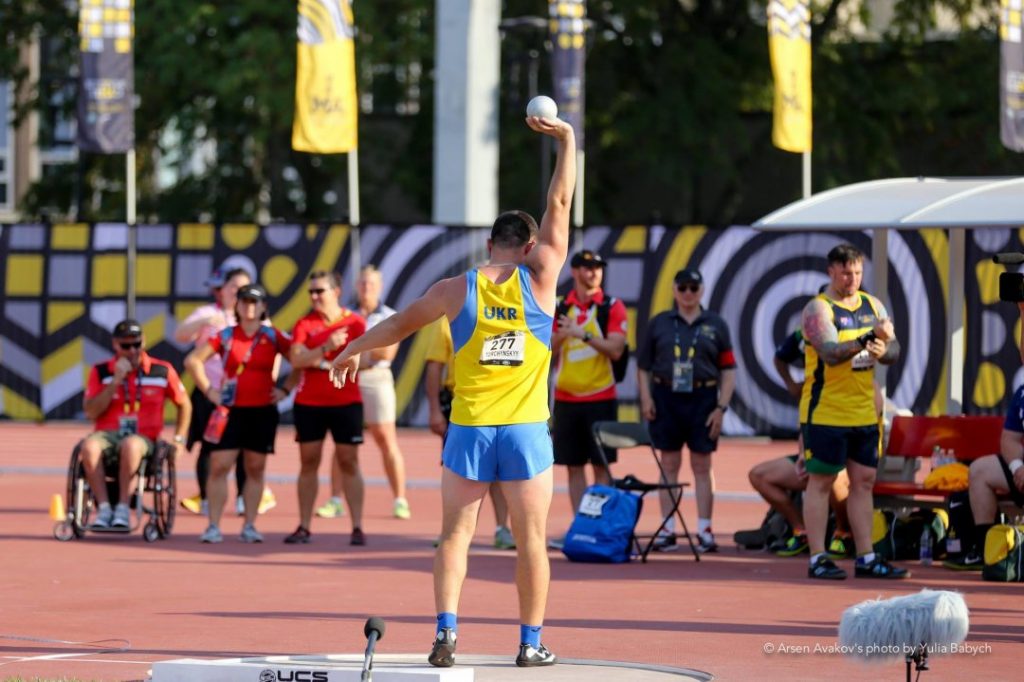