Militants opened fire in all sectors of the ATO zone yesterday. In Donetsk sector, Ukrainian troops recorded 10 ceasefire violations on the part of the enemy, nine more were recorded in Mariupol sector. “In Luhansk sector, Russian proxies attacked once in Stanytsia Luhanska before the dawn,” reported Ukrainian Ministry of Defense spokesman on ATO Colonel Oleksandr Motuzyanyk at a press briefing at Ukraine Crisis Media Center. 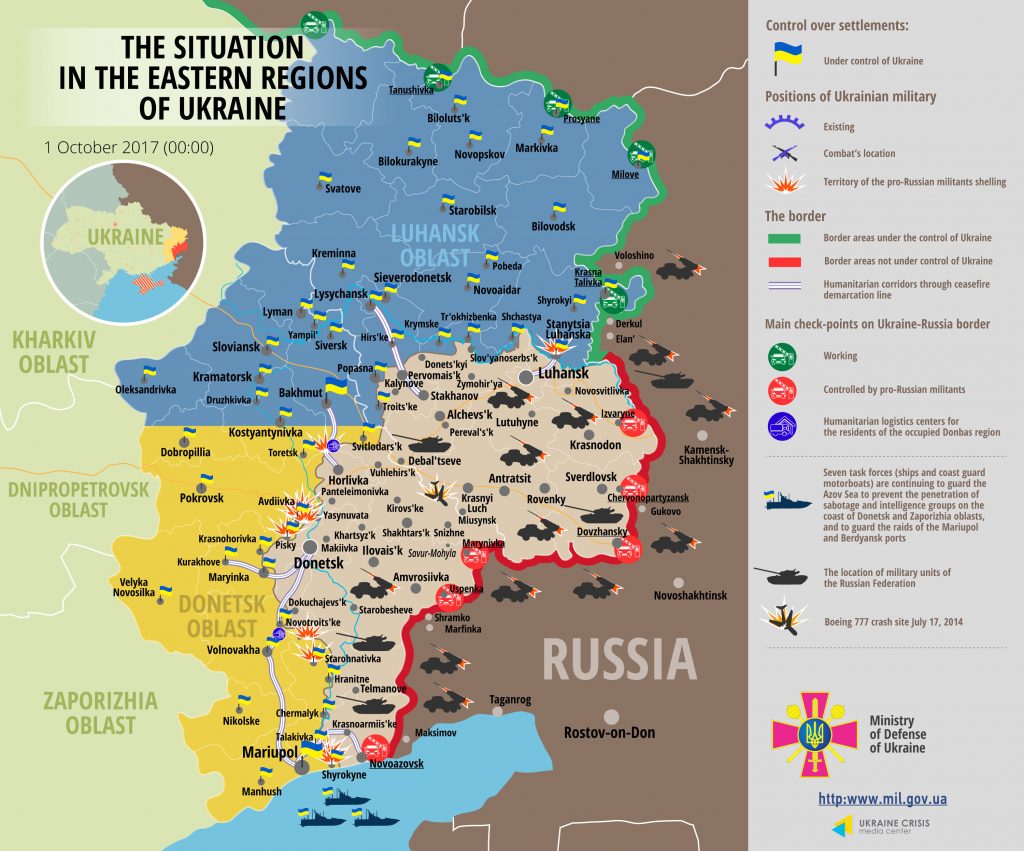 In Donetsk sector, main hostilities took place in Kamianka-Avdiivka-Shakhta Butovka position frontline. Russia-backed militants opened fire mostly in the afternoon using no heavy weapons. Two more attacks were recorded in Maiorsk and Pisky, both of them during the hours of darkness.

In Mariupol sector, the situation was restless in Bohdanivka and in Pavlopil-Shyrokyne frontline yesterday. “Almost to all incidents Ukrainian troops responded with fire. The majority of the attacks was rather lengthy: an hour or more,” elaborated the spokesman.

Report on the military developments as of September 30 is available here. Interactive data on the shelling: chronology shelling chart and the interactive map.