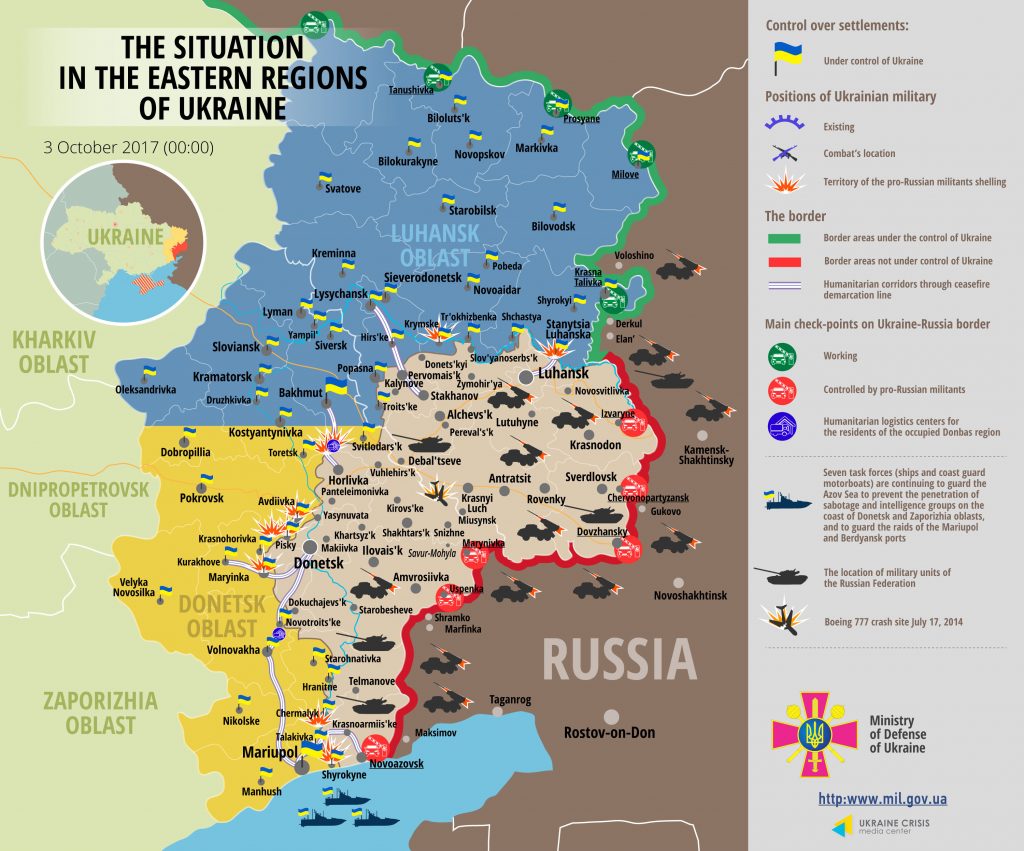 The most intense hostilities took place near Avdiivka and in Zaitseve and Maiorsk. Some attacks continued for up to two hours, but no heavy weapons were used. “The enemy intensified activity in the afternoon and delivered the longest attacks in this period. Moreover, Russian proxies opened provocative fire near Donetsk airport – two times during the day and once late at night,” elaborated Col. Motuzyanyk. Ukrainian troops responded with fire to the majority of attacks.

In Luhansk sector, militants conducted two brief mortar attacks in Krymske in the morning and in the evening, firing five rounds. “Moreover, one hostile armed provocation happened near Stanytsia Luhanska. The enemy was shooting at ATO troops’ positions for 30 minutes in the evening,” said Col. Motuzyanyk.

In Mariupol sector, militants conducted four attacks, all of them with light weapons. Hostilities continued only before noon. “The day in the southern area started with hostile attacks involving grenade launchers and large-caliber machine guns at dawn. Ukrainian strongholds in Pavlopil, Vodiane, and Shyrokyne came under militants’ fire. Ukrainian positions in Maryinka came under militants’ grenade launcher fire around 10:30. The attack continued for over an hour damaging two houses,” informed Col. Motuzyanyk.

Report on the military developments as of October 2 is available here. Interactive data on the shelling: chronology shelling chart and the interactive map.