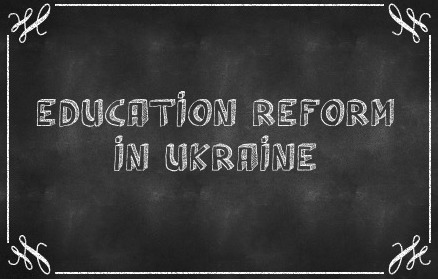 The previous law on education has long become irrelevant, as well as the Soviet system of education it represented. It did not take into account a number of international pacts and treaties ratified by the Verkhovna Rada, in particular regarding the rights of parents to choose the form of education, the territorial accessibility of education, and the rights of children with disabilities. The issues of academic integrity, corruption in education become even more pressing, plagiarism is widespread, results of educational and scientific activities are fabricated and falsified. Schoolchildren increasingly complain about teachers’ biased evaluation of their progress. External data can often prove these complaints, in particular by comparing school ratings with the results of external independent testing in the same subjects.

The new Law is basic yet fundamental. Its adoption unlocks the possibilities for further reformation of education, adoption of laws on secondary, vocational, and higher education. The developers of the updated program emphasize that they were guided by the Recommendations approved by the European Parliament and the EU Council on the key competencies necessary for lifelong learning.

So, what changes in Ukrainian education?

What is the current Ukrainian system of education?

UNDP: Education Index 2014 ranked Ukraine 31st out of 187 countries. The ranking shows the average years of schooling in the country (in relation to the national standards of education). In general, this means that education in Ukraine is accessible and covers almost all of the population.

Demography and geography of secondary education

As of 2017, Ukrainian education system has 16,700 general academic schools (of which only a fifth is private), with 3.8 million schoolchildren and 445,000 teachers (that is, a lot of schools have less than 100 schoolchildren, which makes them economically inefficient).

A special feature of financing education in Ukraine is the above-mentioned extensive network of educational institutions and, accordingly, a high proportion of the expenditures on infrastructure maintenance rather than the educational process itself. As a result, expenditures per student and teachers’ salaries are very low even compared with the countries of Central and Southern Europe. The state spends about UAH10,000 per student a year (about $380, compared with respective $11,000 in the US and $3,800 in Russia). Meanwhile, the neighboring Hungary spends about $4,900, Latvia, Estonia, the Czech Republic, Poland – about $ 6,500, Slovenia – about $8400 per student a year.

Expenditures on education as a share of GDP are very high in Ukraine compared to developed countries. The new law officially fixes them at 7% of GDP (more than in 95% of the world’s countries). However, one should keep in mind a very large share of shadow economy (which, according to various estimates, can reach 50%), thus, the real Ukrainian GDP is bigger than the officially calculated. Accordingly, education costs take a much less share of the real GDP.

On the other hand, a significant proportion of secondary education spending is unrecorded money taken directly from the pocket of the child’s parents: unofficial charitable contributions, money for “classroom repairs”, “feeding children” at school, and the like, which are de facto a common practice.

From memorizing information to gaining competences

12 years of study. Primary education continues to last 4 years, then 5 years of a gymnasium, and an external final exam. Having passed the exam, a child may choose to enter a lyceum or a professional educational institution. This will be called subject-oriented training and will continue 3 years, after which the child may enter university or start working. Thus, getting a secondary education will take 12 years instead of 11.

At the last stage, children will be able to choose what is interesting for them and focus on these subjects, instead of studying the general curriculum, as it is now. During the first year in a gymnasium, a student may, if necessary, change a specialization. In fact, subject-oriented training should cover the first university year.

If a student decides to continue education and obtain a bachelor’s degree, then he will spend only three years instead of the current four. That is, the total amount of time required to obtain a tertiary education will not change.

According to the law, reducing the time on the general curriculum helps move from memorizing information to gaining universal competencies: speaking the state and foreign languages, mathematical, general cultural and environmental competencies, enterprising, innovation, life-long learning.

The new law provides inclusive education for children with special needs: the state must provide such children with teachers and make sure they do not feel left outside the student community. Previously, these children were educated mostly at home through personal lessons and were isolated from their peers. Those lessons were not aimed to develop psychological or social skills. Now, psychological, pedagogical and correctional needs of a child will be taken into account when compiling an individual training program.

Languages of minorities and the future of children: criticism by Romania and Hungary

The provisions of the Law on Education on the languages of national minorities have appeared to be controversial. Under the new law, representatives of national minorities can get a pre-school and elementary education in their native languages. As to the secondary education, they will receive it in the state language, while the native language will be taught separately – although previously the whole course of secondary education could be taught in their native language. This item of the reform has caused deep international resonance. In particular, Hungary has announced that it will cease to support Ukraine in the international arena until the chance to get an education in their native languages is returned to children belonging to minorities. In general, Greece and Bulgaria also took similar positions. Russia called this article an “ethnocide” of the Russian-speaking population of Ukraine. However, there is a loophole for European countries, as the new law provides for the possibility of education in the languages of European Union (of which Greece, Bulgaria, Hungary, and Romania are member states).

On the one hand, pupils studying in their native languages traditionally show low results at the external testing, which is conducted in Ukrainian. For example, in Hertzayivskyi district of Chernivtsi region (where about 90% of the population are ethnic Romanians), 49.85% of school leavers failed to pass an external independent testing in 2016 and even more (58.76%) in 2017. In some institutions of the Transcarpathian region (that teach in Hungarian), the share of graduates who failed to overcome this threshold in 2016 and 2017 exceeded 90% (whereas the national average is about 20%). This complicates (if not to say undermines) the acquisition of higher education for children taught in their native language and, among other things, closes the opportunity for them to work in the state service for which knowledge of the state language is compulsory.

On the other hand, although such provisions do not violate the letter of the European Charter for Regional Languages, they are clearly contrary to the spirit of the document, which Ukraine ratified in 2003.

The salary of a teacher in Ukraine will start from UAH 9.6 thousand (~ $360, or three minimum salaries), i.e it will grow almost three times depending on teacher’s category. Since the reform requires over UAH 120 billion, its implementation is planned to be implemented in the coming 10 years. So, it is unknown when exactly Ukrainian teachers will receive such salaries. Under the law, the educational, methodological, organizational and other work of a teacher is already included in salaries (formerly, it was paid additionally and comprised up to 40% of the salary received by a teacher).

Now, a teacher receives more pedagogical freedom: instead of implementing standard curricula, the law allows him to use his own plans and recommends him only to adhere to standards.

If a teacher seeks innovations in the teaching process and is ready to become a change agent, the state promises to pay him extra 20% of the salary. For this purpose, a teacher must undergo certification.

As before, teachers must confirm and improve their professional competence annually. However, now a teacher will be completely free in how to do this: training, courses, webinars, seminars, workshops. Theoretically, this can be done also through an online course. The state will even pay for the course if it is not free.

Optimization of the school network

According to Education Minister Liliia Hrynevych, in Ukraine, 33% of children study in rural schools, the number of which comprises 67% of the total number.

Obviously, such a model is ineffective both in terms of financing and in terms of education quality. Therefore, the Ministry has implemented a system of so-called pivot schools. Now, children will receive the elementary education in the nearest school, while senior pupils will be brought to pivot education institutions with significantly better conditions. Such a step should even up the education conditions for rural and urban children.

The new law defines a school as an autonomous unit. Now an educational institution will have the right to independently develop its own curriculum referring to the standards of the Ministry of Education. Besides, schools will have the right to independently determine their working time, the structure of the school year (quarters, semesters), duration of the academic week, and so on.

An important innovation is that under the new law, the government allocates money not through executive bodies in the educational sphere, but via direct subventions to schools where teaching staff will collectively decide on its use.

The law solves the problem of the competence of management personnel, in particular, excludes situations when a school headmaster changes only due to the death of the previous one rather than to meet the needs of the institution. Now a headmaster can be a director of one school during no more than 12 years or 2 terms of office (formerly, there were no restrictions). However, now the law allows directors of educational institutions to independently appoint their deputies and teaching staff.

The financial reporting of educational institutions has become an important change. Now every educational institution must disclose information about the receipt of all funds, as well as their purpose and use. This will help avoid the corruption risks and various shadow schemes. Formerly, under the pretext “school receives not enough funds from the budget” schools used to collect money from pupils’ parents for various “current needs,” from “buying books” to “repairing classrooms.”