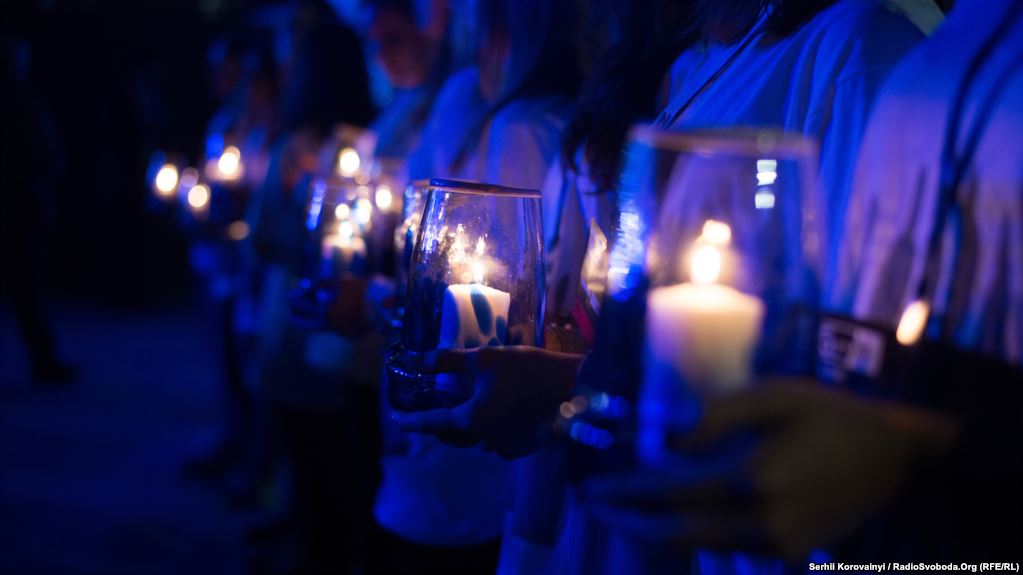 Babyn Yar is a ravine in Kyiv, where during the Nazi occupation of 1941-1943, 70 to 150 thousand persons (according to various estimations) were gunned down, the majority of them were Jews. In 2016 an intention to create a memorial center was announced, it is to be opened in 2021. The complex worth $100 million is to be constructed thanks to the sponsor money. What is the role of the Ukrainian state in the project and what are the controversies surrounding it?

The intention to establish the Center for the commemoration of the Holocaust victims “Babyn Yar” was publicly announced in autumn 2016. The Center is to be opened in 2021 – on the 80th anniversary of the start of the tragic events in the ravine. Marek Siwiec, former head of the National Security Bureau of Poland and former MEP, was designated the general director of the foundation that oversees the setup of the complex.

“There is a lack of knowledge about the Holocaust not only in Ukraine but also in the West,” Siwiec told Radio Liberty in a comment. “The task of the future memorial complex is to let the world know about this terrible crime,” Siwiec continued.

“We plan to proceed according to the principle: those who give the money, become co-creators (of the project) and may influence the future (of the foundation). We will be raising money all over the world. (…) We need to collect about one hundred million dollars!” Marek Siwiec told Ukrainian media. For now, there is no approved concept of the memorial center, the construction place has not been agreed yet.

Expert community and civil society are actively discussing the project controversies. Among the victims of the Babyn Yar massacre, there were also Roma, activists of the Organization of Ukrainian Nationalists (OUN), Soviet prisoners of war, patients of the mental hospital, etc. There are concerns whether they will be commemorated, too.

“Do these people realize that Babyn Yar is also the place that is inseparable from the historical memory of the Ukrainian nation? It is here where the memory of the OUN groups and of Olena Teliha [Ukrainian poet, OUN activist shot down in Babyn Yar – UCMC] is preserved. (…) They say, there are those ready to invest $ 100 million into the construction. This sum should not turn out to be the price for neglecting the memory of Olena Teliha and her friends,” wrote on Facebook Bohdan Chervak, head of the Organization of Ukrainian Nationalists (OUN).

The Jewish community of Ukraine has also got no common opinion on how the victims of Babyn Yar should be commemorated, said Josef Zissels, Head of the Association of Jewish Organizations and Communities of Ukraine, in a comment to “The Day” newspaper: “It is also the place where prisoners of war, three Romani communities, Ukrainian nationalists, marines of the Dnipro fleet unit, patients of the mental hospital, as well as representatives of other groups were killed. They all do not fit into the Holocaust format. Roma do fit in, while the rest of the groups don’t. It is thus clear that something else needs to be constructed. The name itself is controversial– the Center for the commemoration of the Holocaust victims ‘Babyn Yar’,” Zissels emphasized.

Participation of Russian businessmen Mykhailo Fridman, Pavlo Fuks and Herman Khan in the project raises concerns as to the possible impact that the Russian money may have on how the history of Babyn Yar will be presented.

The role of the state

Both academicians and the civil society note: the Ukrainian state is missing in the actual project, the setup of a memorial complex of such a level needs to be a public affair. In 2016 at the events held to commemorate the victims of the Babyn Yar President Poroshenko spoke in support of creating a memorial center. However, no facts show the actual participation of the state in the project.