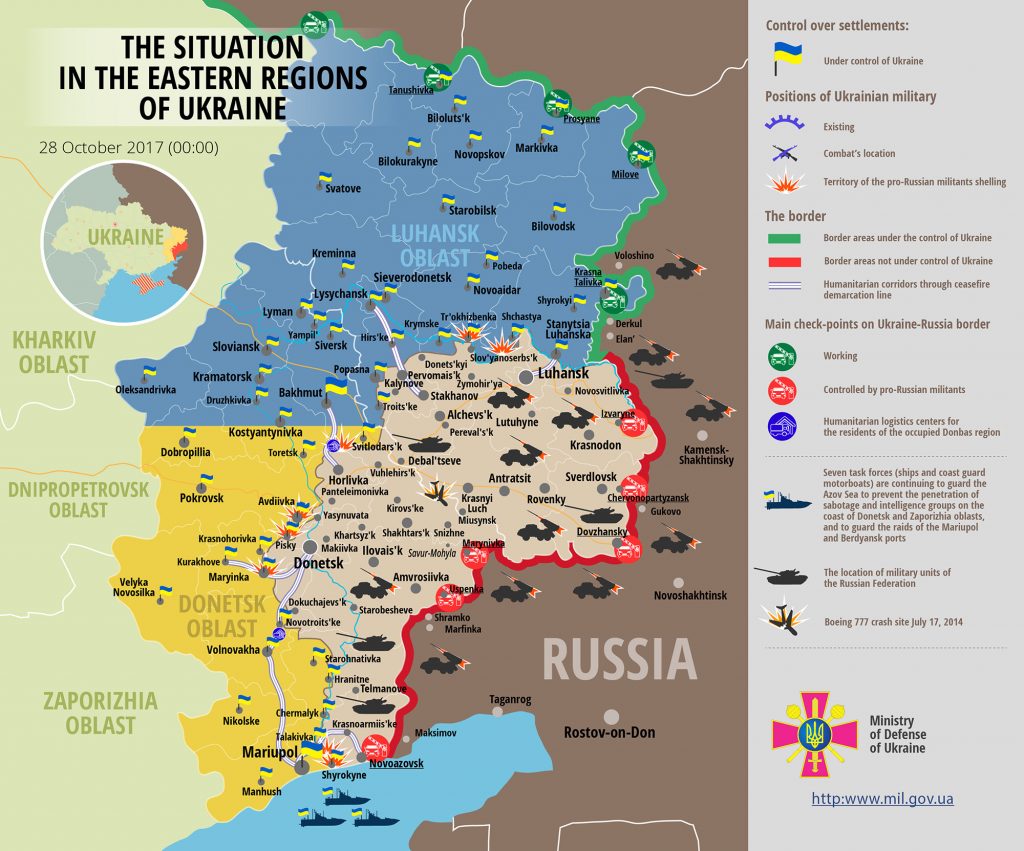 The situation was the most difficult in Mariupol sector. Militants were active in the afternoon, opening aimed fire eight times. “Ukrainian positions in Vodiane came under hostile 82-mm mortar fire twice, and our troops responded to hostile ‘hybrid’ provocations near Maryinkatwo times,” elaborated the spokesman. Militants used 122-mm artillery systems and 120-mm mortars against Ukrainian positions and residential quarters in Shyrokyne.

In Donetsk sector Russia-backed militant groups violated the ceasefire eight times, mostly in the evening and at night. The largest number of aimed attacks was recorded in the vicinity of Avdiivka industrial area and Zaitseve, where militants opened dense fire from infantry weapons several times. “The longest fight this day occurred at the approaches to Avdiivka. It lasted almost the entire afternoon with recesses. Ukrainian troops calmed down the enemy’s aggression using all authorized weapons systems,” said Col. Lysenko.

No Ukrainian serviceman was killed in action yesterday, but two troops were wounded in a shelling. “One soldier sustained injuries near Avdiivka and another one in the vicinity of Shyrokyne. Their health is in satisfactory condition and they are provided any medical assistance required,” elaborated Col. Lysenko.

Report on the military developments as of October 27 is available here. Interactive data on the shelling: chronology shelling chart and the interactive map.