Russia-backed militants used 122-mm artillery and 120-mm mortars, as well as IFVs and small arms in the ATO zone yesterday. In total, they violated the ceasefire 17 times, including 16 direct fire attacks. Ukrainian troops responded with fire in 13 cases. “When militants’ attacks pose a direct threat to lives of our servicemen, field commanders order to return fire using weapons not proscribed under the Minsk agreements,” explained Ukrainian Ministry of Defense spokesman on ATO Andriy Lysenko at a press-briefing at Ukraine Crisis Media Center. 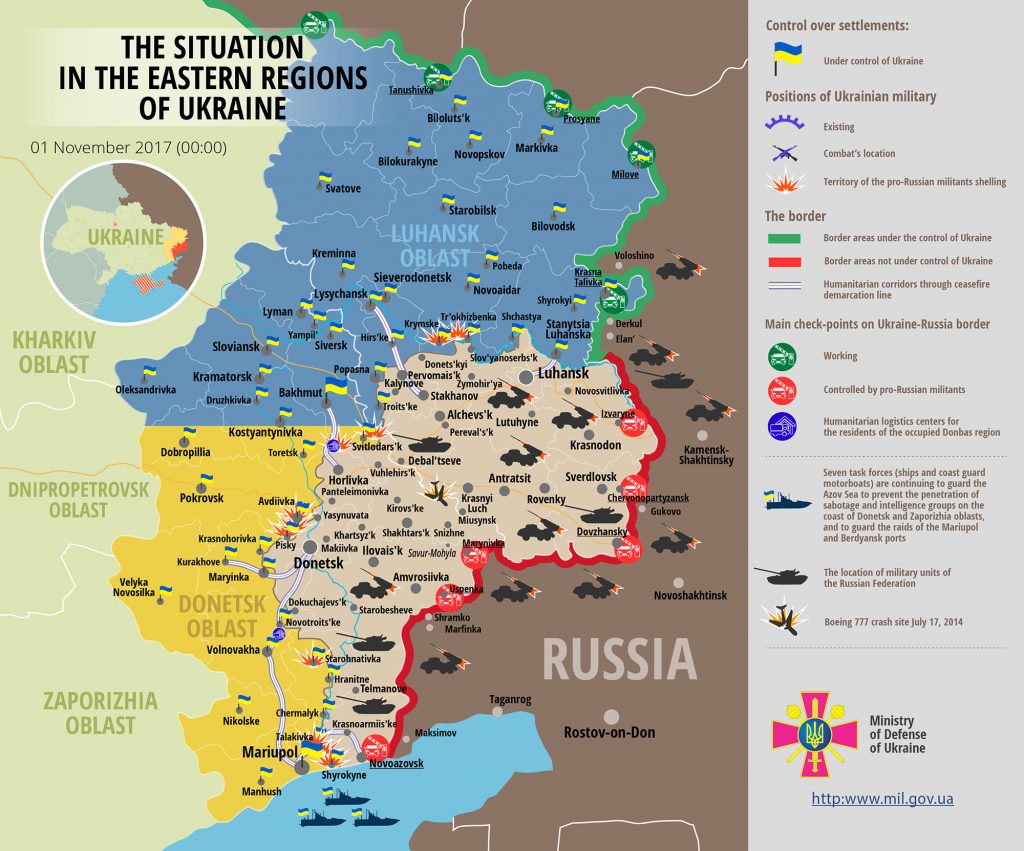 One Ukrainian serviceman was killed in action yesterday near Opytne, and five troops were wounded at Kamianka, Opytne, and Shyrokyne.

Report on the military developments as of October 31 is available here. Interactive data on the shelling: chronology shelling chart and the interactive map.