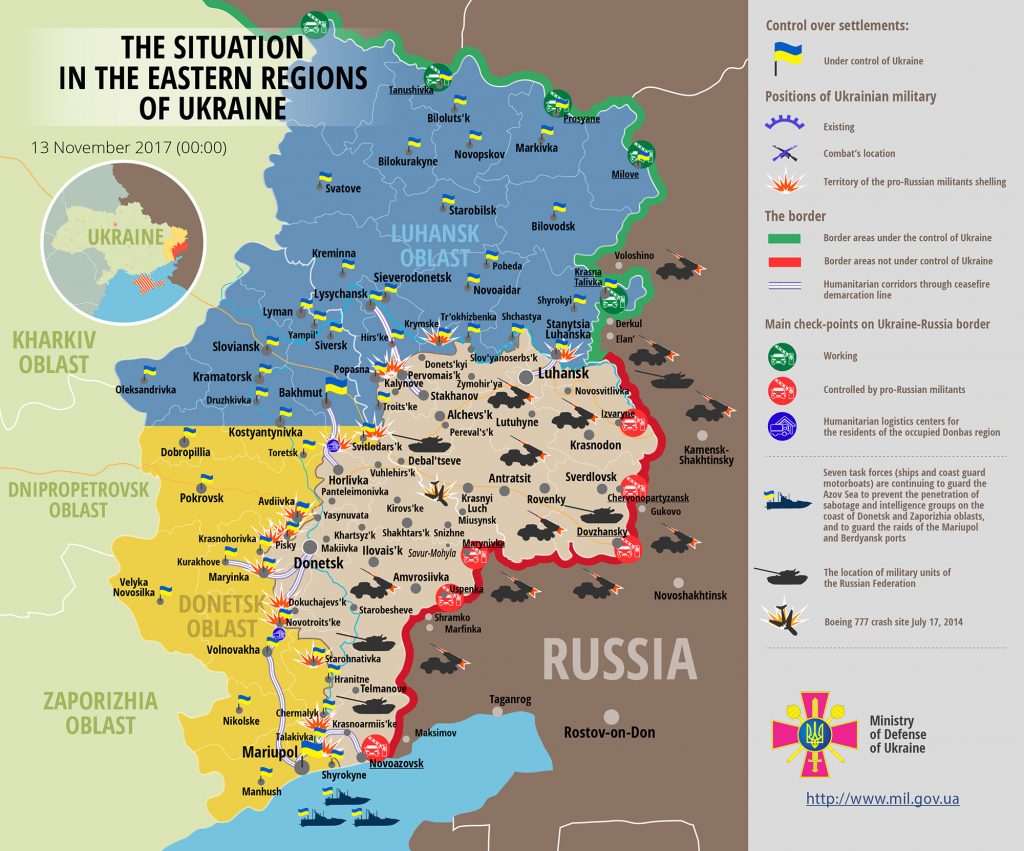 According to intelligence data, Russian Federation continues to supply the militants with fuel and lubricants, as well as automotive equipment. During the week, Russia-backed militants received two railway trains of fuel and lubricants (14 tanks carrying a total of 841 tones) and a motorcade consisting of 11  vehicles, including communication vehicles, «Ural» trucks, and «GAZ-66» medical vehicles.

Report on the military developments as of November 12 is available here. Interactive data on the shelling: chronology shelling chart and the interactive map.