Yesterday, Russia-backed militants used mortars in the ATO zone to attack Maryinka residential quarters. The attack continued from 19:30 to 21:00. “A search team is working in the town registering the outcomes of the attack. In addition, engineer troops are working in the town. They report unexploded mortar rounds. Updated info on damages of private buildings and other destructions caused by the attack will be known when the search team completes its work,” reported Ukrainian Ministry of Defense spokesman on ATO Colonel Andriy Lysenko at a press briefing at Ukraine Crisis Media Center. 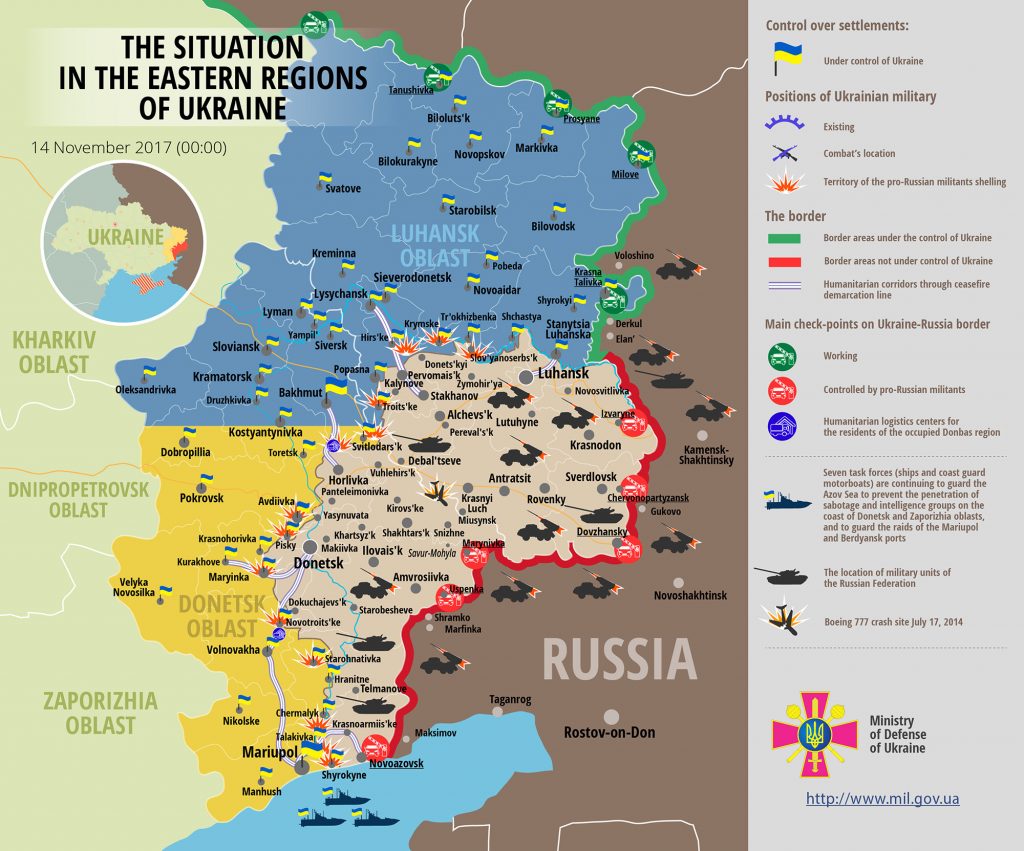 In total, militants committed 33 ceasefire violations yesterday and used Minsk-proscribed mortars 12 times, firing about 60 rounds. ATO troops returned fire in 23 cases. “No Ukrainian serviceman was killed in action yesterday. Two soldiers were wounded in attacks at our strongholds near Maryinka and Novotroitske. The casualties were evacuated to hospital and provided with all necessary treatment,” said Col. Lysenko.

Report on the military developments as of November 13 is available here. Interactive data on the shelling: chronology shelling chart and the interactive map.