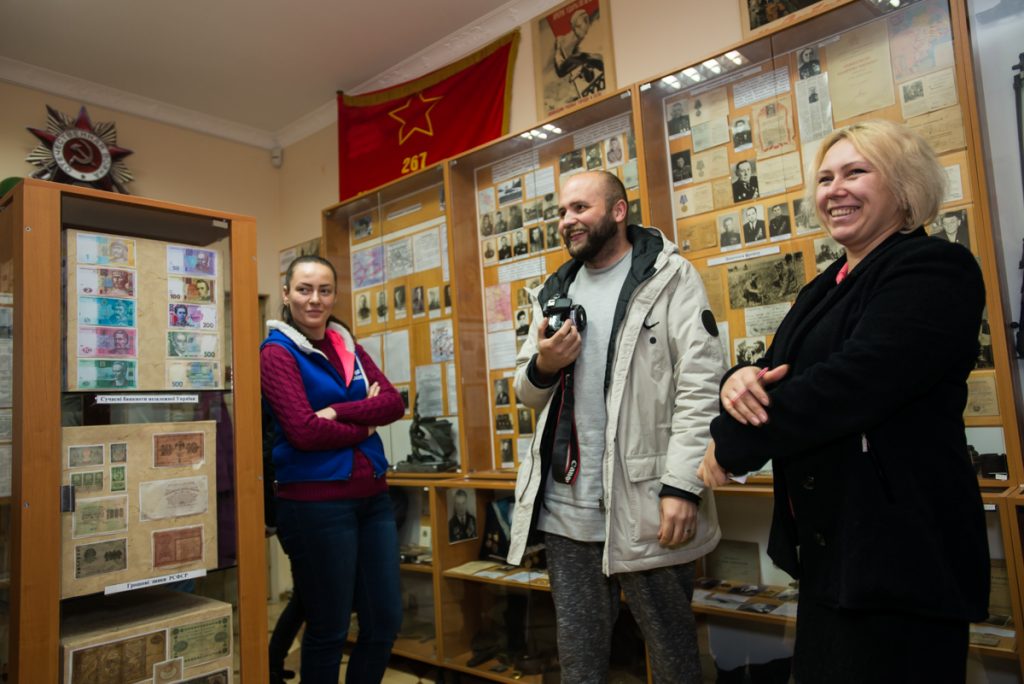 From November 7 to 16 participants of the second stage of the project Rediscovering Eastern Ukraine Heritage – “Under construction: Museum open II” traveled across the local history museums of Luhansk region. The museum route started from the visit to a Mariupol museum, Donetsk region, on October 27. The expedition aims at visiting 28 museums of Donbas to then create a catalogue with the information on them as well as get new ideas for further cooperation and implementation of artistic and social projects.

The project route included 11 museums in Luhansk region – in Kreminna, Rubizhne, Novoaydar, Starobilsk, Svatove, Troyitske, Bilokurakhine, Novopskov, Milove, Bilovodsk and Stanytsia Luhanska. The project participants were offered guided museum tours, they saw the museum exhibits that are both currently available to the public and are part of the reserve collection. The research group also discussed with the museum staff the results of the first stage of the project “Under Construction: Museum Open: Sloviansk and Lysychansk” started in 2016 as well as the actual state of play and museums’ prospects. 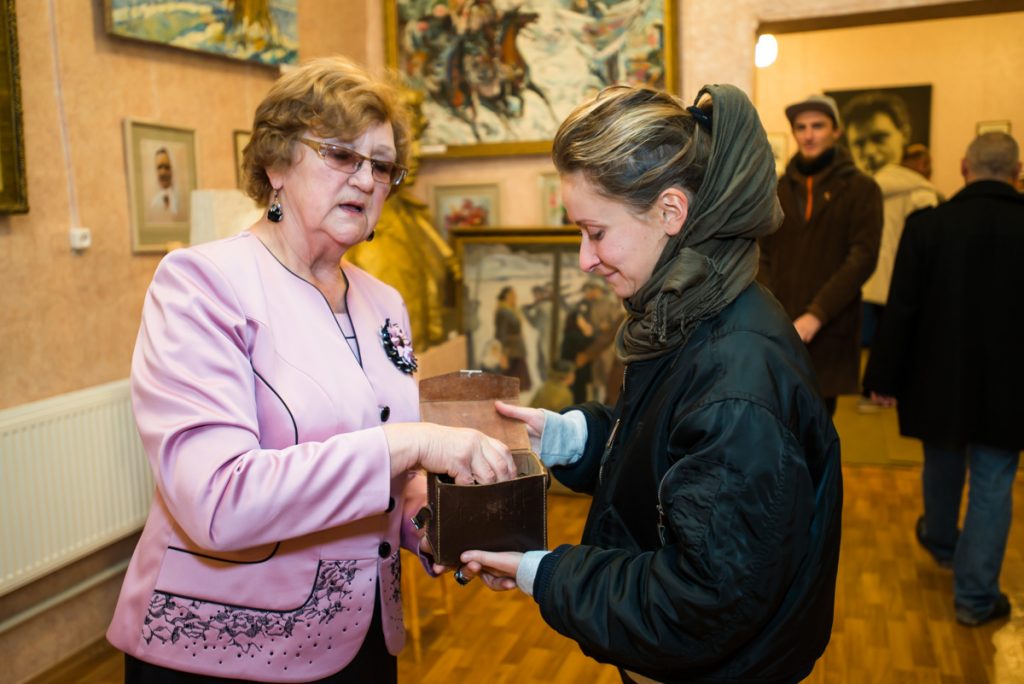 The museums of Luhansk region were different not only in terms of the items exhibited but also in terms of the exposition that varies based on the museum premises. For example, the Kreminna local history museum is located in a small house constructed about one hundred years ago for the local priest’s family. It is quite small and thus is too tiny for hosting the exhibits that present a city the history of which goes centuries back. The museum in Rubizhne, on the contrary, is located in a two-storied building of an ex-kindergarten with an own courtyard attached. However according to Yevheniya Molyar, project coordinator and art expert, because it lacks being a united whole as well as because the larger context is missing, the museum looks empty. The Rubizhne museum also hosts an exposition of art works by local artists. 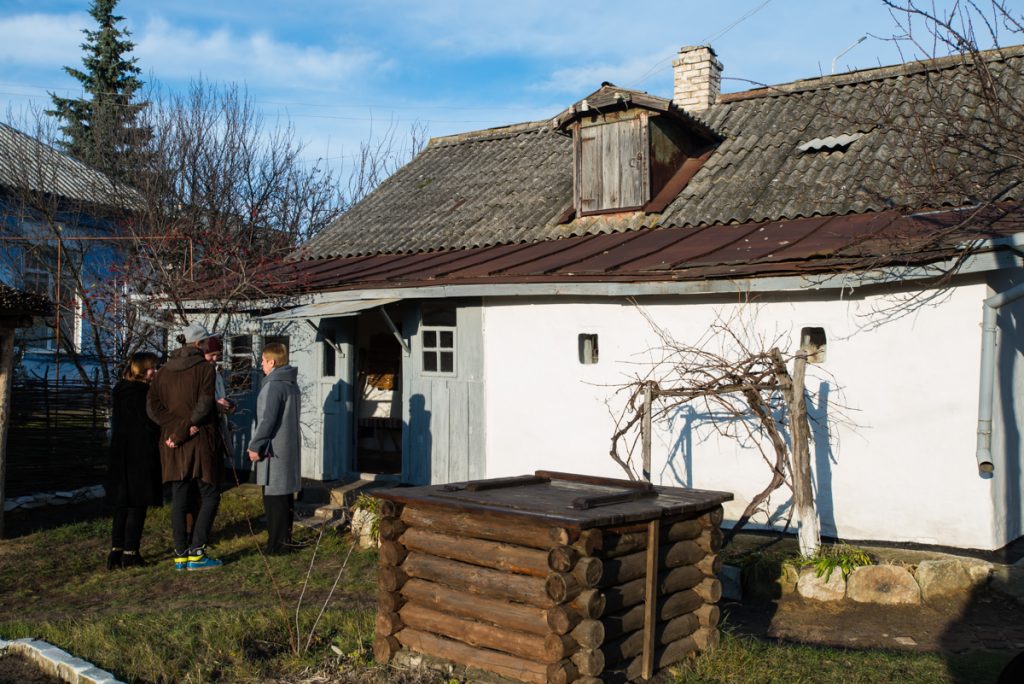 Each museum collection has a piece that makes it unique and may well become (and sometimes it already has) the basis of the exposition. The Novoaydar museum showcases an impressive collection of female outfits from each town of the district that is illustrative of the variety of costumes in southern Slobozhanshchyna. [Slobozhanshchyna is a geographical area that includes parts of Ukraine’s actual Sumy, Kharkiv, Luhansk and Donetsk regions as well as part of the Russian territory – UCMC]. The Novopskov museum displays a skansen – a village house of the late 19th century with the courtyard that captures the elements of everyday life of then Slobozhanshchyna. 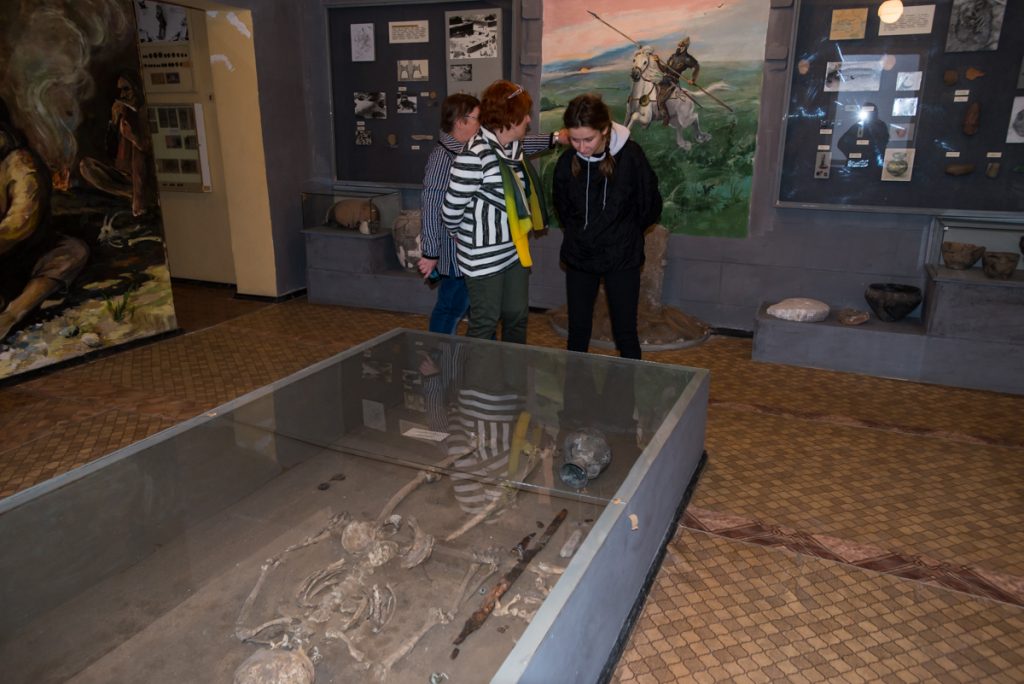 The Bilovodsk museum hosts an extensive collection of archeological discoveries, the Bilokurakine museum – a collection of ancient icons. The museum in Svatove became the last stop for the dismantled monuments of Lenin and other Soviet-time officials. The local history museum of Stanytsia Luhanska has been largely damaged by the combat attacks, that’s why the exposition is mainly kept in the basement and in the storage. Part of the collection that remained publicly exhibited concerns the history of the Don Cossacks. 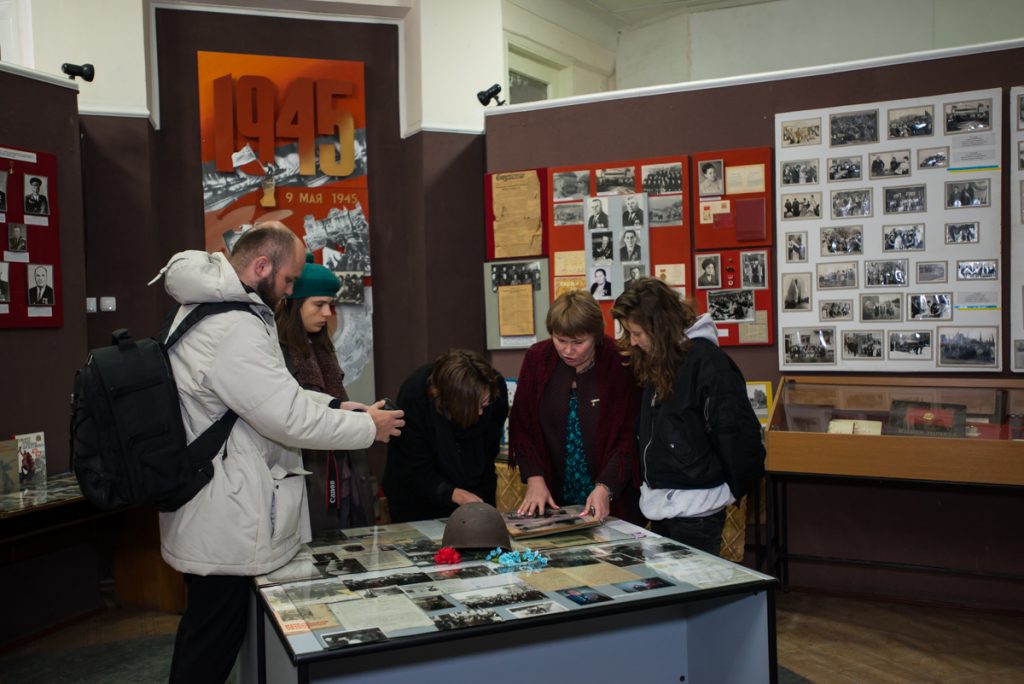 According to curator Sasha Dolgyi, the gaps and discrepancies that the actual museum expositions have can be called systematic, as the majority of the museums are thoughtlessly copy-pasting them. For example, the curator points at the asymmetry: representation of military periods through different epochs considerably prevails over the representation of peaceful times and civil liberties. It may seem that one gets into the “war museum” that instead could be presenting a critical approach to this aspect of life and help rethink it. Instead there is a clear militarist focus that praises the military glory. Another systematic gap lies with the presentation of contemporaneity: in many museums it ends between 1985 and 1986. The further historic line consists of three events: the Afghan war, Chornobyl and ATO (the war in eastern Ukraine). It creates an impression that no other events have taken place over this time and that the history is empty. Another thing that one may notice is that civil history is often presented through the history of the villagers and rural life. Even in the cities the reconstruction of the village house and detailed daily routines in the rural area prevails over the city life. 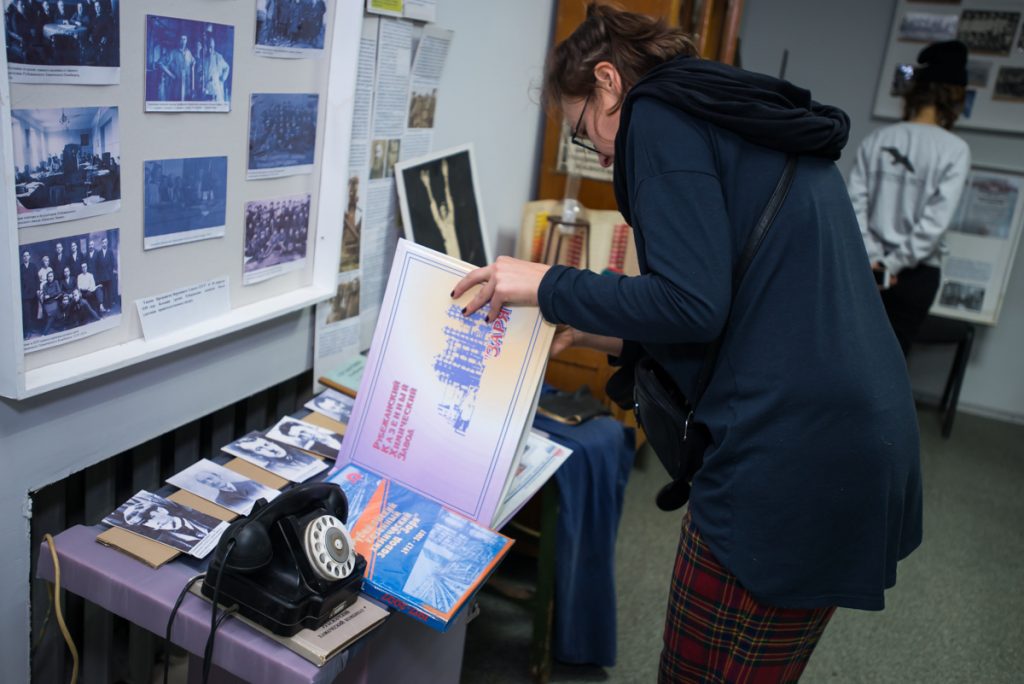 Curator and art expert Yevheniya Molyar agrees with the opinion: “Representation of the events of World War II and of the actual ATO (antiterrorist operation) is built around the dichotomy “hero-enemy” and the military pathetics. At the same time the story of civilians is completely missing, creating a false impression that the war embraces all aspects of the region’s life. Project participants plan to devote several publications and public events to discuss these findings with the wide public.” 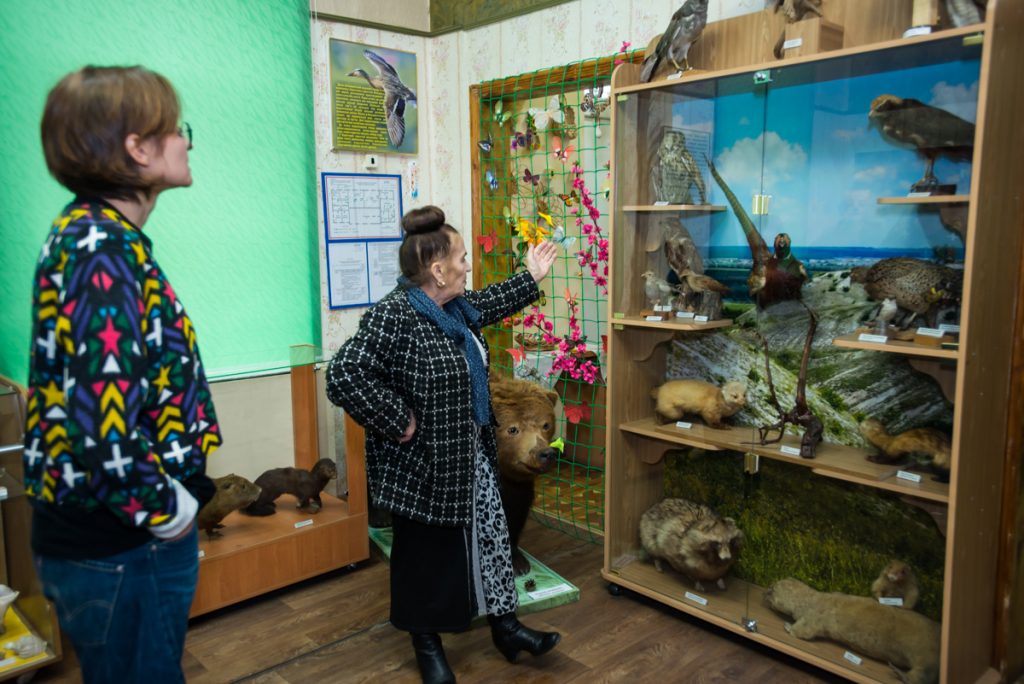 Project participants were impressed by the attitude of the museum staff to their work. Majority of the museums happen to be in the near-front area, while the museum staff manages to preserve the exhibits, expand the exposition and find new ways of interaction with the locals. However today local history museums operate guided by the standard way of history representation developed in the mid-20th century sometimes ignoring in such a way true diamonds of their collections. Expedition participants hope that their recommendations will help each of the museum to figure out individual working directions or/and the ways that will motivate them to change. 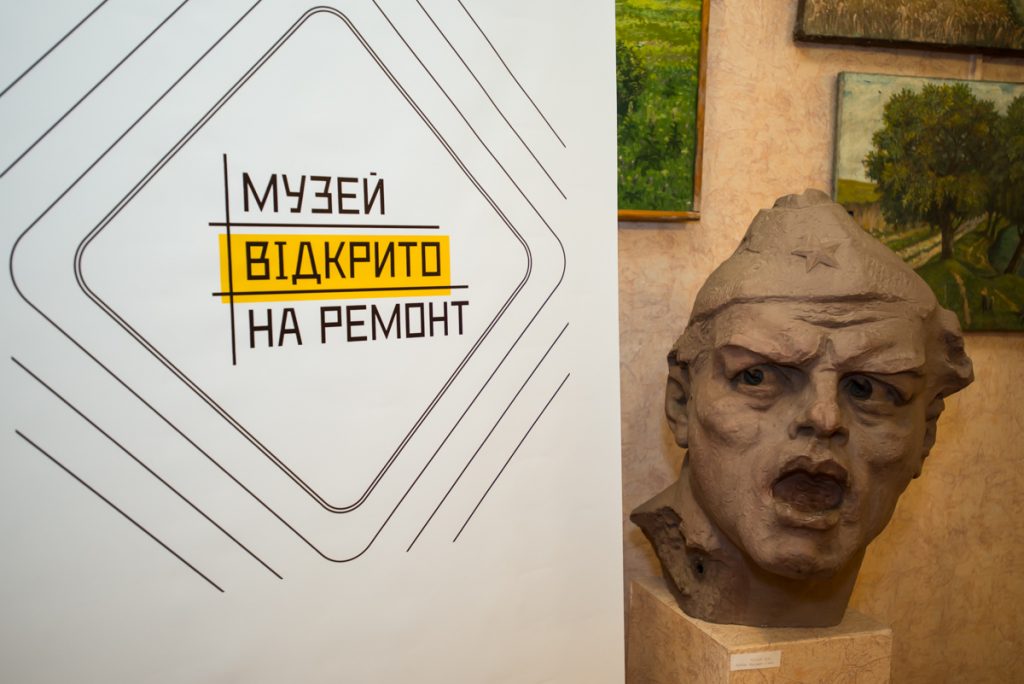 Follow the link to learn about a similar expedition through the museums of Donetsk region.

We invite you to follow the news of the project in social media at hashtags #UСBI #UCMC and on the page «Cultural diplomacy between regions of Ukraine».