Russia-backed militants increased the number of ceasefire violations in eastern Ukraine yesterday: they conducted a total of 25 attacks including the ones involving 82-mm and 120-mm mortars. Ukrainian troops returned fire 13 times. “One Ukrainian serviceman was wounded in action yesterday during a hostile attack near Pisky. The serviceman was quickly evacuated to a hospital,” reported Colonel Oleksandr Motuzyanyk, Ukrainian Ministry of Defense spokesman on ATO, at a press briefing at Ukraine Crisis Media Center. 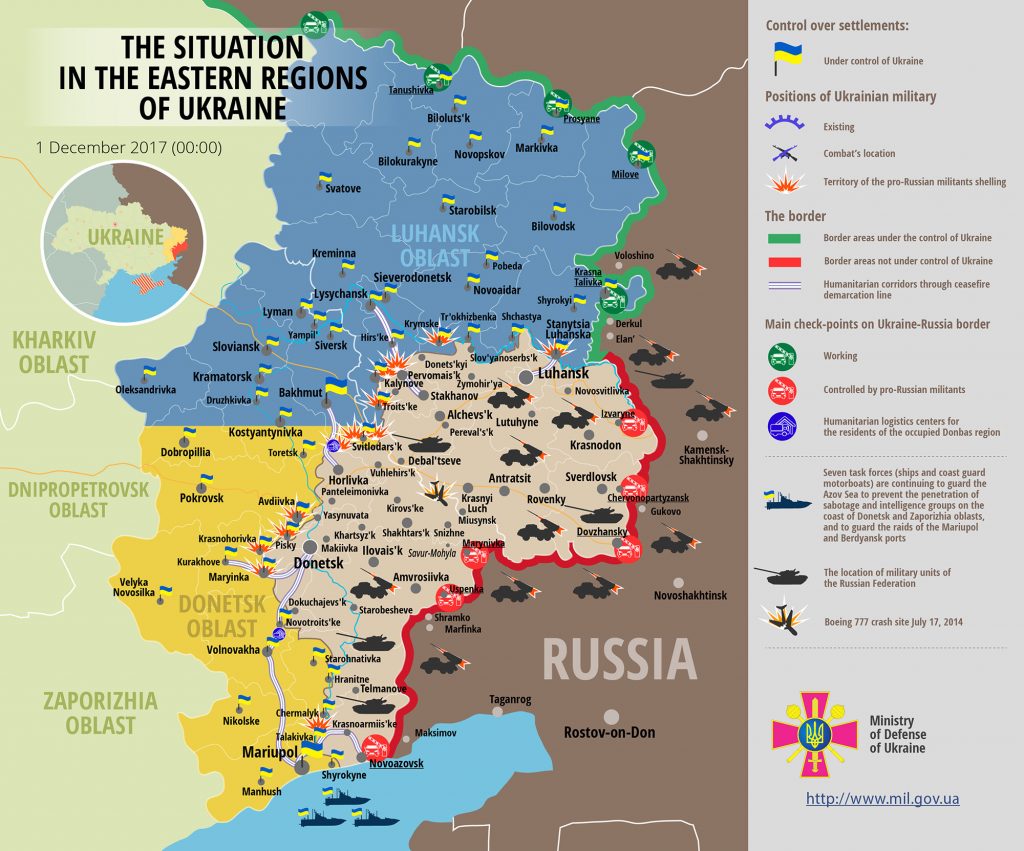 Report on the military developments as of November 30 is available here. Interactive data on the shelling: chronology shelling chart and the interactive map.