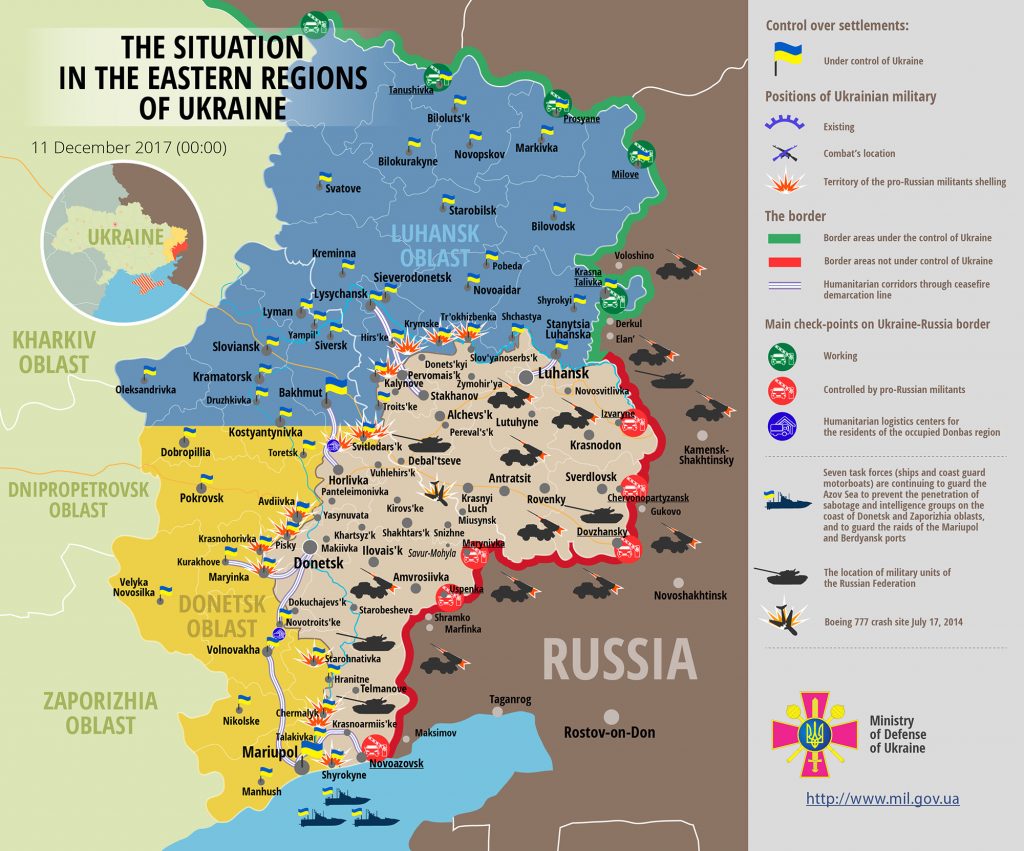 In Donetsk sector, Russia-backed militants made 15 attacks using 120-mm and 82-mm mortars alongside other types of weapons. In the morning, they fired ten 82-mm rounds near Chermalyk as well as in Pisky, Hnutove, and Shakhta Butovka areas. “The enemy used grenade launchers and small arms near Avdiivka, Maryinka, Pisky, Hnutove, Starohnativka, Shyrokyne, Kamianka, and Krasnohorivka,” Colonel Motuzyanyk added. Ukrainian troops returned fire responding to all the attacks.

Two Ukrainian servicemen were wounded in action near Avdiivka yesterday, three more got concussion near Pisky and Lozove. “All servicemen were quickly evacuated to mobile military hospitals where they are getting all the necessary medical assistance,” the ATO spokesperson said.

Report on the military developments as of December 10 is available here. Interactive data on the shelling: chronology shelling chart and the interactive map.