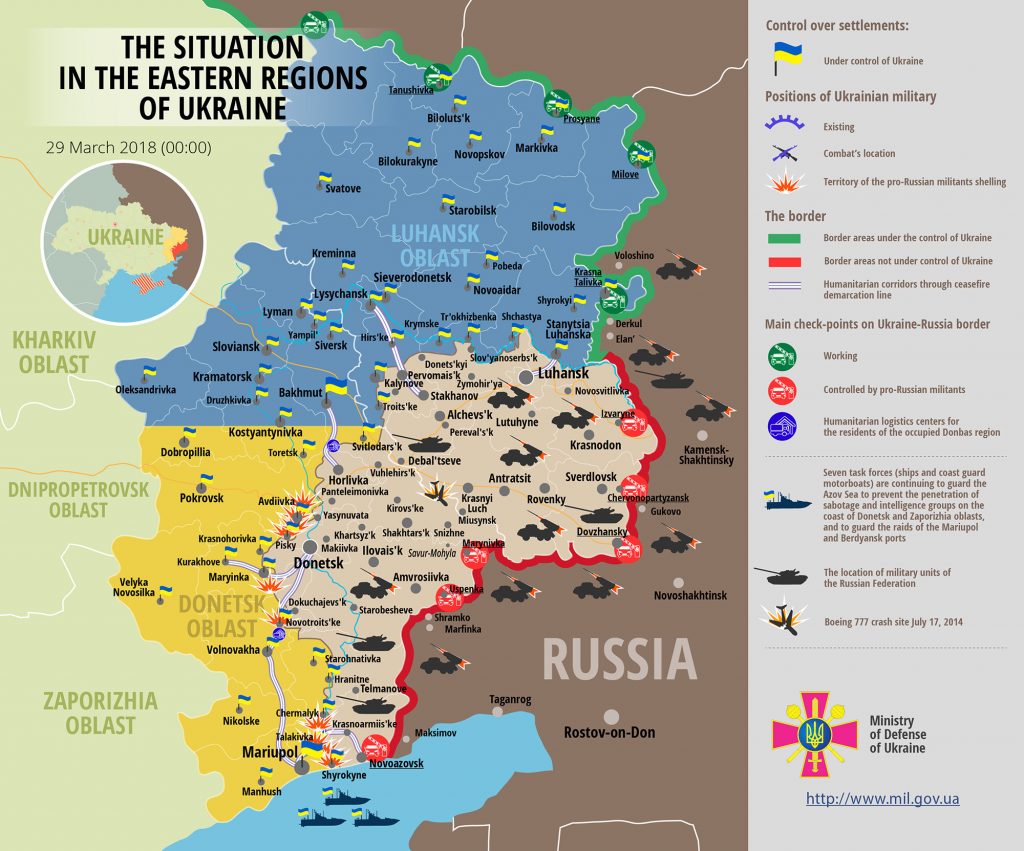 In Donetsk sector, the attacks continued throughout the entire day. Russia-backed militants violated the ceasefire 52 times. They fired four 122-mm artillery rounds in Shyrokyne area and used 120-mm mortars twice outside Pavlopil and once in Hnutove area having fired a total of 52 rounds in the latter incidents.

Ukrainian Armed Forces incurred no casualties over the last day. “However, yesterday at about 13:20 an officer of the civil protection department of the State Emergency Service was wounded by an explosion of an unknown device during the joint patrolling with the OSCE Special Monitoring Mission outside the Donetsk water filtration station in Avdiivka area. The officer is in satisfactory condition,” Colonel Hutsulyak reported.

Report on the military developments as of March 28 is available here. Interactive data on the shelling: chronology shelling chart and the interactive map.