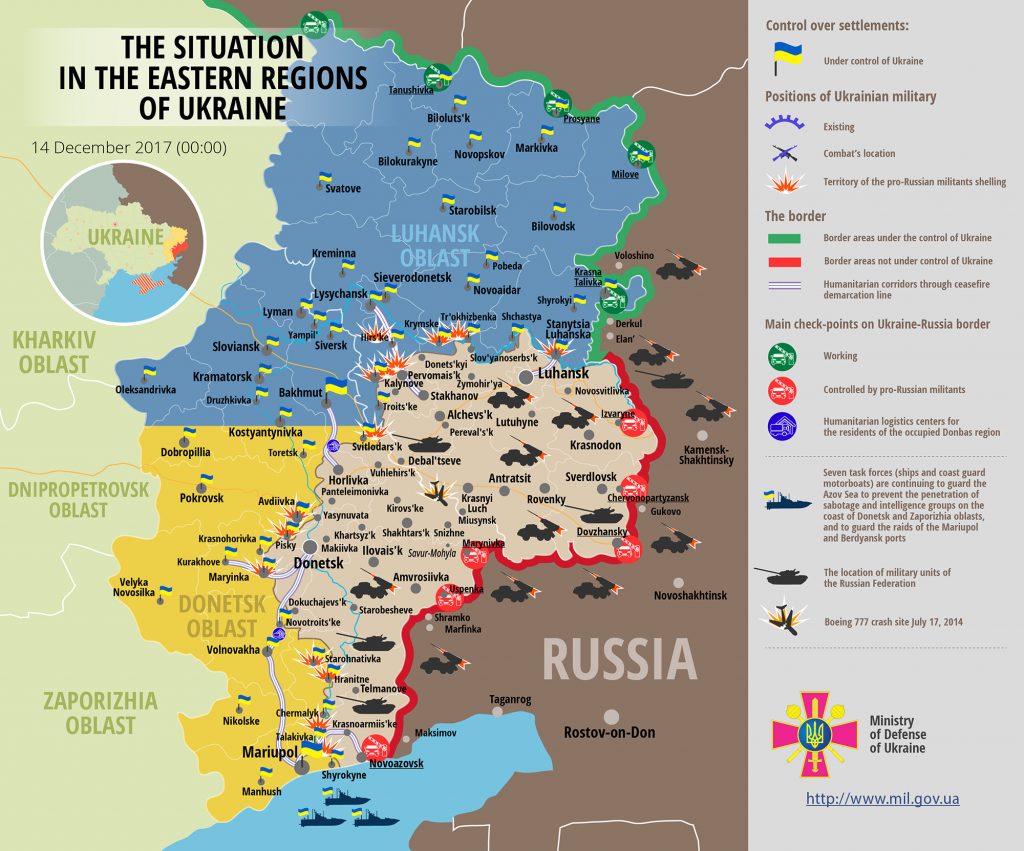 In Donetsk sector, Russian proxies violated the ceasefire 14 times. “In the majority of the incidents, the enemy used small arms and grenade launchers only, except for Vodiane where they shelled Ukrainian troops’ positions with 120-mm mortars. Moreover, they used 82-mm mortars in Avdiivka and Maryinka areas. “The enemy also attacked Ukrainian strongholds near Avdiivka, Hranitne, and Kamianka with small arms and grenade launchers,” Colonel Motuzyanyk said. Militants used grenade launchers and small arms near Maryinka, Vodiane, Pisky and Shakhta Butovka as well. Ukrainian troops returned fire in the majority of the incidents using weapons not proscribed under the Minsk agreements.

Unfortunately, one Ukrainian serviceman was killed in action outside Avdiivka as a result of a hostile small arms attack, and another was wounded during a hostile attack near Luhanske.

Report on the military developments as of December 13 is available here. Interactive data on the shelling: chronology shelling chart and the interactive map.