The number of ceasefire violations by Russia-backed militants has again increased in the ATO area. Militants continue to use weapons of the prohibited caliber, including tanks and 120-mm mortars. Russian proxies fired 31 times at our positions. Four Ukrainian troops were wounded. Armed Forces of Ukraine 22 times returned fire, reported Colonel Oleksandr Motuzyanyk, Ukrainian Ministry of Defense spokesman on ATO, at a press briefing at Ukraine Crisis Media Center. 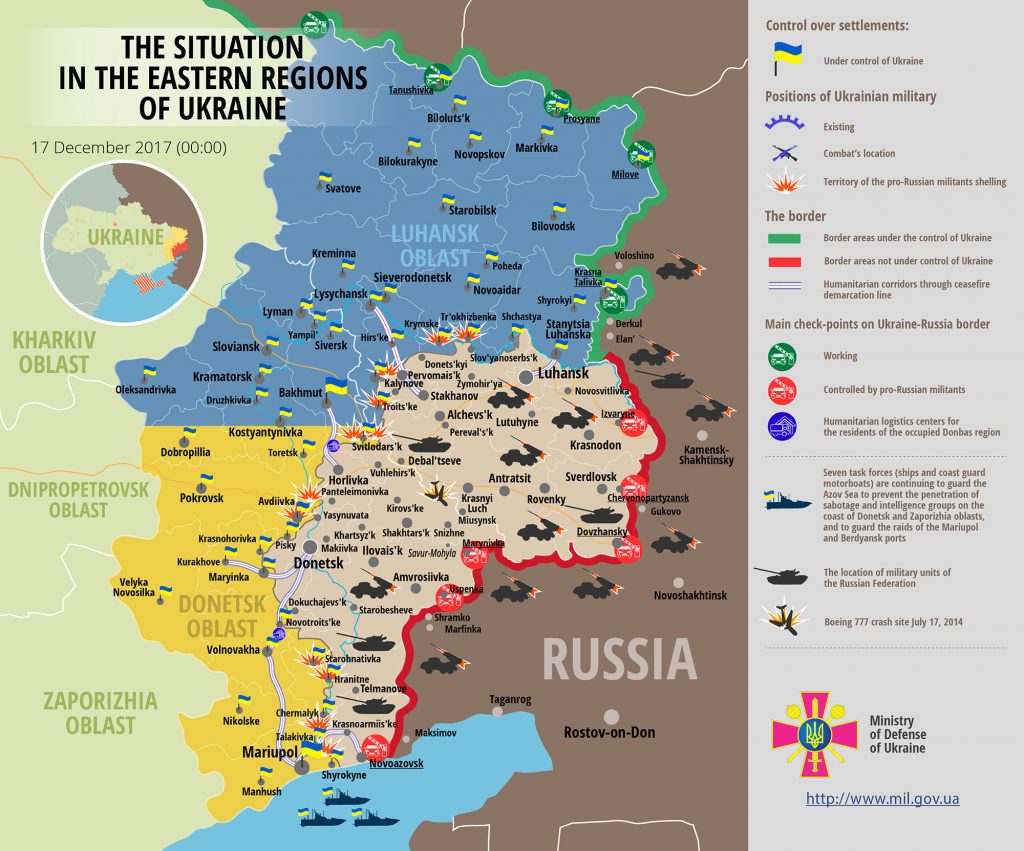 In the Luhansk sector, militants fired at Ukrainian troops 14 times. In three cases they used weapons prohibited by the Minsk agreement. In total, they shoot 48 mortars from 120 mm artillery and 68 from 82 mm. “Near Krymske, the enemy has been firing at our positions for three hours, using 120- and 82-mm mortars, armored vehicles, small arms and grenade launcher. They shoot at Luhanske, Troitske, and Tryohizbenka with heavy mortars of the 120th caliber”, Colonel Motuzyanyk stated.

In Donetsk sector, 17 enemy provocations were recorded. Russian proxies fired at Ukrainian footholds near Avdiivka, Gnutove and Pavlopil from 120 mm mortar guns. 20 ammunition of 82 mm caliber landed near Verhniotoretske. Militants opened fire from the tank at the defenders of Gnutove. “In all mentioned locations, as well as in the area of Vodyane, Hranitne, Kamianka and Starohnativka, the enemy shoot 12 times from infantry fighting vehicle and infantry weapons. 34 mines exploded near our positions”, – said Ukrainian Ministry of Defense spokesman on ATO.

Report on the military developments as of December 16 is available here. Interactive data on the shelling: chronology shelling chart and the interactive map.