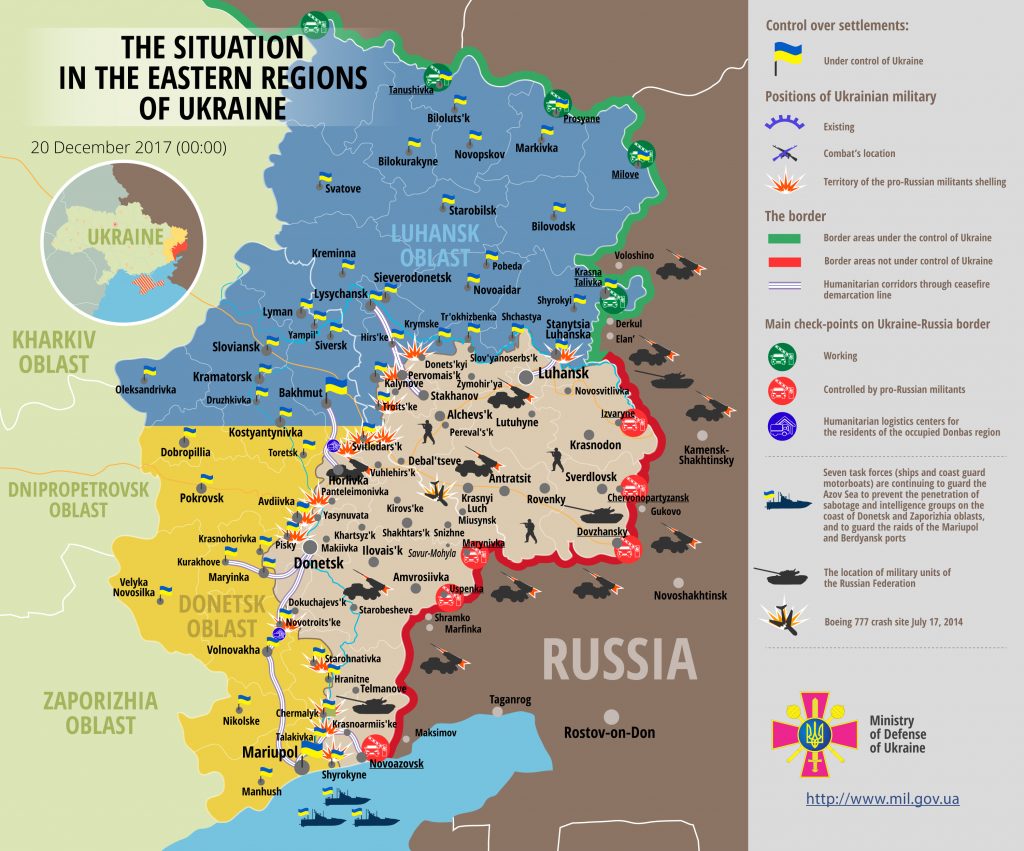 According to Colonel Motuzyanyk, social infrastructure is being restored in Novoluhanske that came under the hostile MLRS attack yesterday. Power and gas line repair workers, as well as sappers, keep working on the spot. Warming centers set up for civilians continue their operation.

Report on the military developments as of December 19 is available here. Interactive data on the shelling: chronology shelling chart and the interactive map.