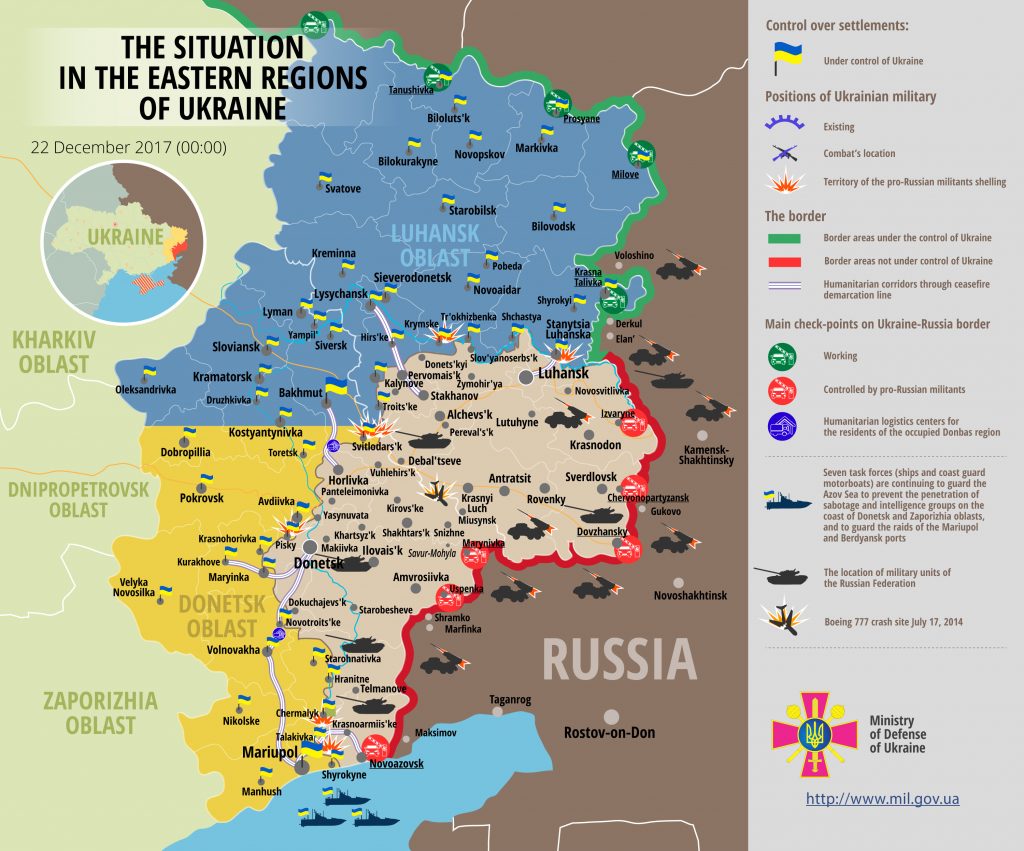 In Luhansk sector, Russian proxies violated the ceasefire four times. “In the afternoon, militants attacked Ukrainian troops near Svitlodarsk with grenade launchers and small arms. In the evening, the enemy used a sniper and 120-mm and 82-mm mortars against Ukrainian positions in Krymske,” the ATO spokesperson elaborated.

Report on the military developments as of December 21 is available here. Interactive data on the shelling: chronology shelling chart and the interactive map.