In the afternoon and in the evening, Russian proxies opened fire in Vodiane area. “The enemy used small arms to provoke our servicemen to return fire. At first, they used heavy machine guns, the second attack involved more types of small arms. The shooting continued for about one hour, however, our troops did not return fire,” elaborated Col. Hutsulyak. 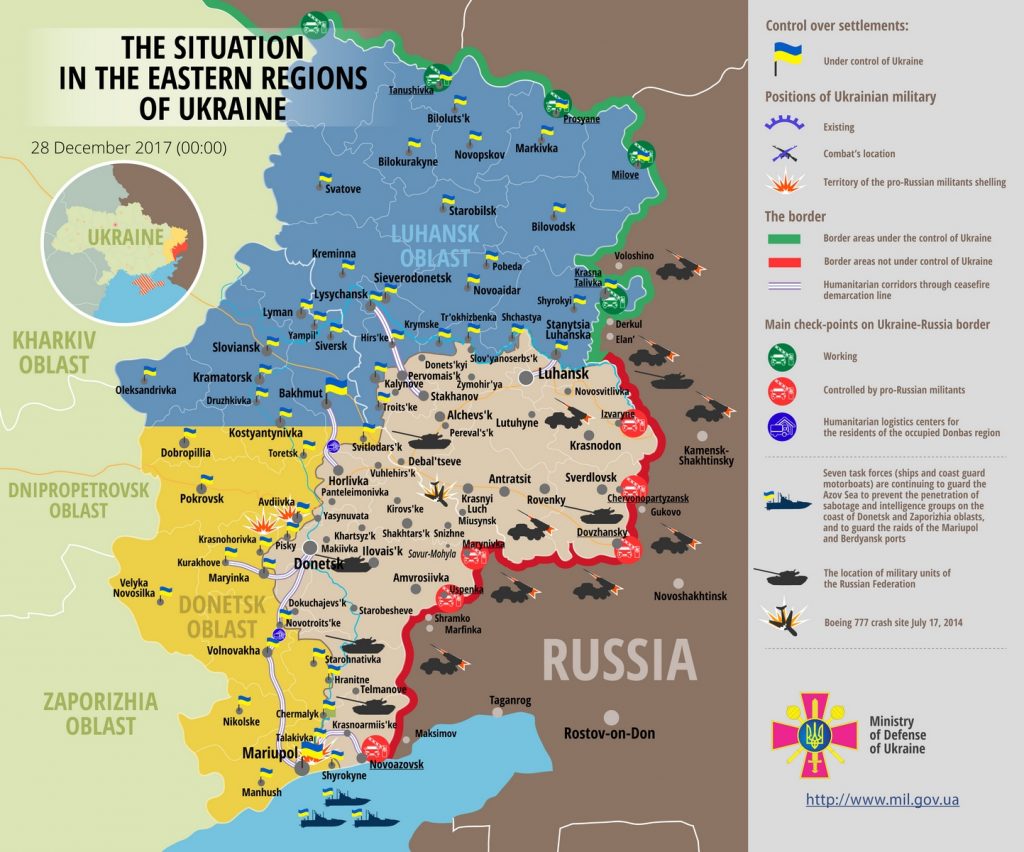 Report on the military developments as of December 27 is available here. Interactive data on the shelling: chronology shelling chart and the interactive map.