Yesterday, militants continued to shell at the positions of the Armed Forces of Ukraine in the ATO zone, including with weapons of the prohibited caliber. Russian proxies committed three aimed attacks at Ukrainian positions. Ukrainian troops did not return fire, reported Colonel Maksym Prauta, Ukrainian Ministry of Defense spokesman, at a press briefing at Ukraine Crisis Media Center. 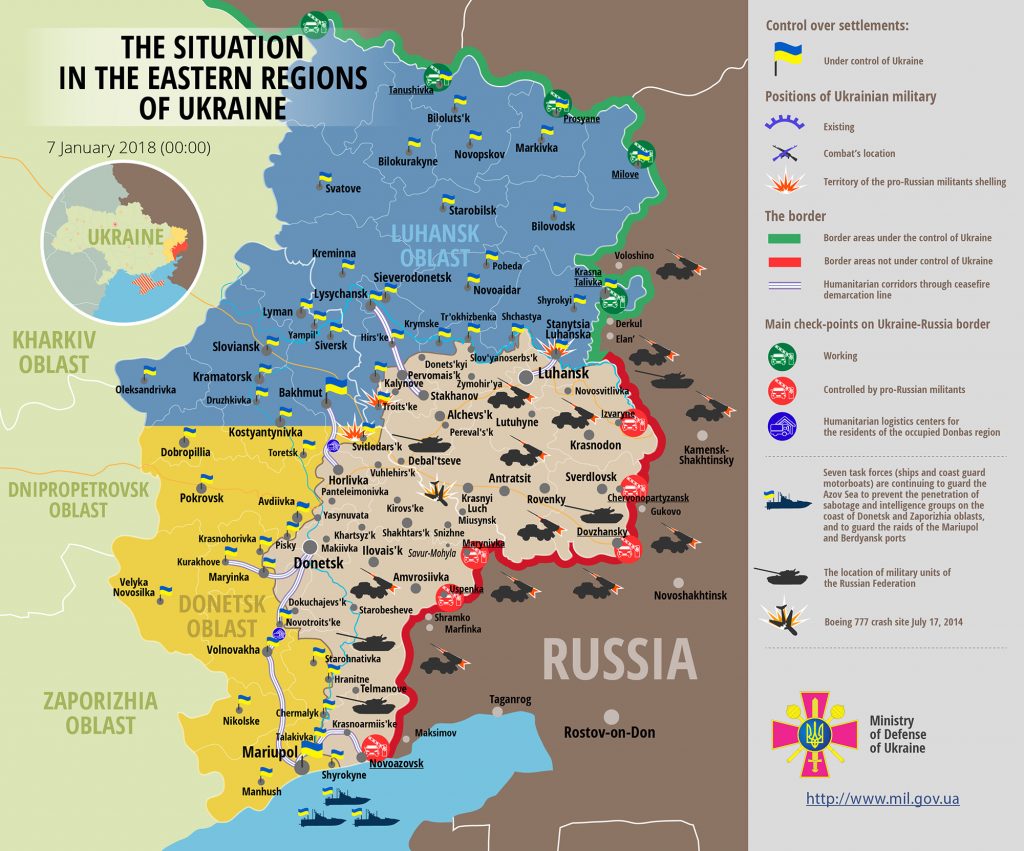 In the Luhansk sector, militants fired three times at Ukrainian troops. “The first shelling took place in the afternoon in the area of ​​ Novoluhanske settlement. Within half an hour the enemy tried to provoke our military with fire from small arms and a large-caliber machine gun. In the evening, in the Troitske area, the enemy attacked with 120-mm mortars proscribed by the Minsk agreements, firing 13 mines”, – said Colonel Prauta.

Another shelling at Ukrainian positions with small arms took place near Stanitsa Luhanska. “One Ukrainian soldier was wounded in the area of Stanitsa Luhanska as a result of a hostile fire. Military doctors estimate his health condition as satisfactory”, said Maksym Prauta.

In the Donetsk sector, no ceasefire violations were recorded.

Report on the military developments as of January 6 is available here. Interactive data on the shelling: chronology shelling chart and the interactive map.