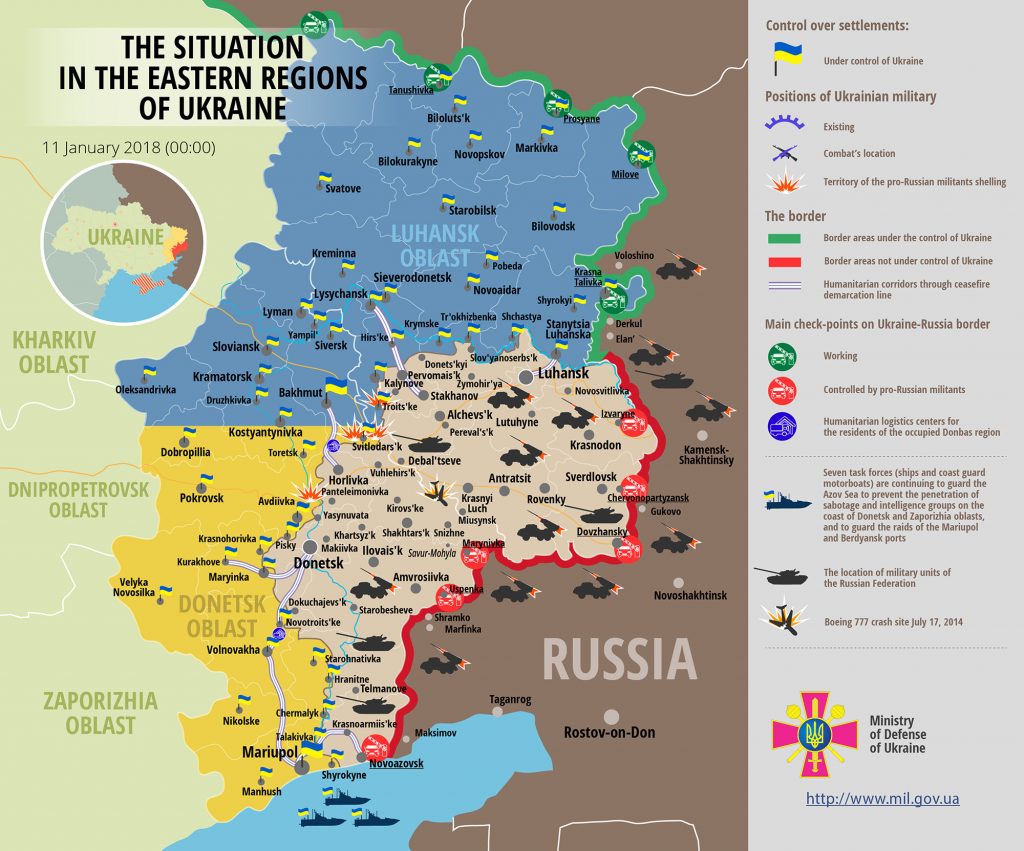 Ukrainian servicemen returned fire only once, in Luhansk sector, using weapons not proscribed under the Minsk. “Ukrainian artillery batteries are withdrawn from the contact line in accordance with the withdrawal lines defined by the Minsk agreements. However, they are ready to come back if the situation requires it and constantly undergo training,” noted Col. Motuzyanuk.

Unfortunately, three Ukrainian troops were killed in action yesterday: one during militants’ attack on Novoluhanske and two in a mine-related accident near Pisky. Four more servicemen were wounded in action – near Novoluhanske, Verkhniotoretske, and Shakhta Butovka.