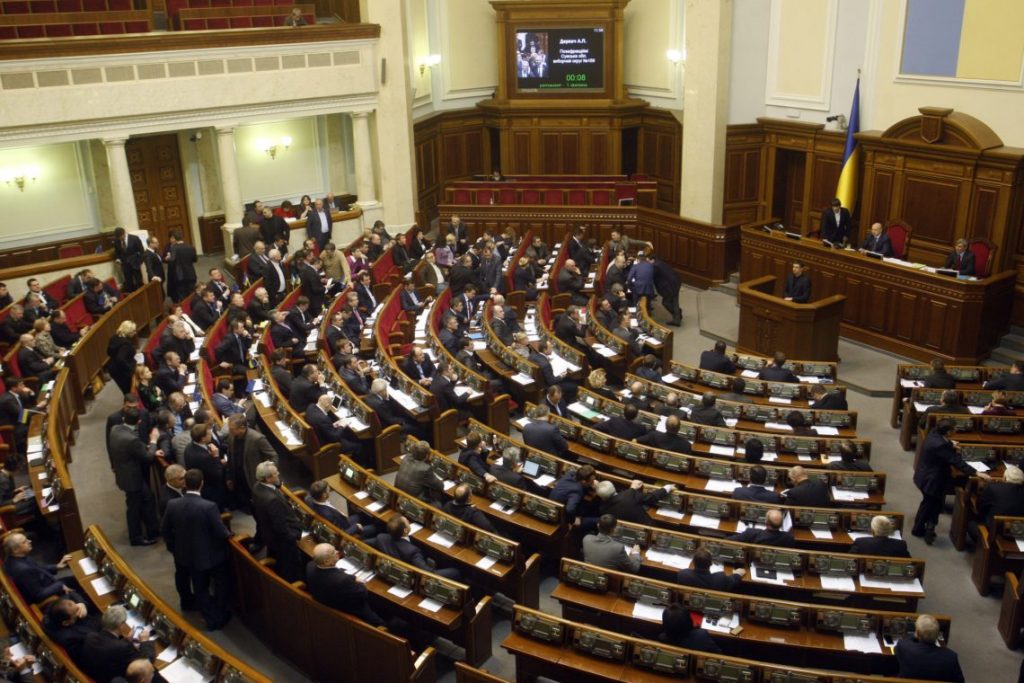 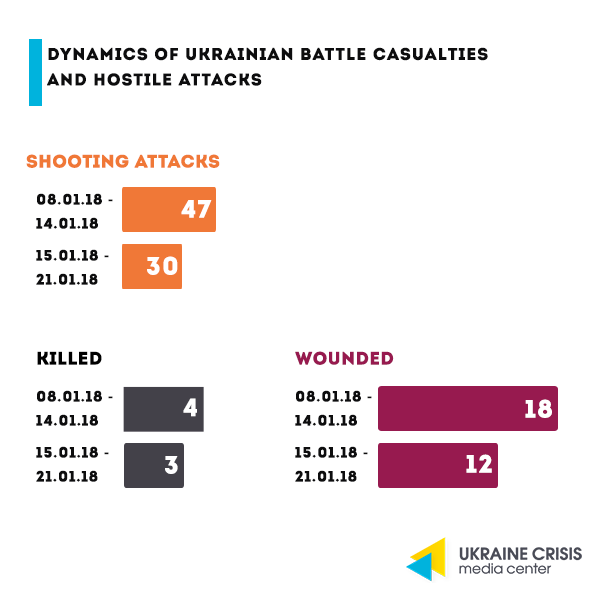 The situation in the combat zone. Last week eastern Ukraine witnessed the hostilities of low intensity. Russia-backed militants violated the ceasefire two to seven times per day, mostly using the proscribed heavy weapons. On January 20, in Shyrokyne area a combat engagement with a hostile subversive reconnaissance group took place. Ukrainian troops successfully repelled the attack and captured a wounded militant.
US weapons. The US will provide Javelin anti-tank missile systems to Ukraine, announced President Poroshenko at the meeting of Ukraine’s National Security and Defense Council. He said this year’s defense order will have a fourfold number of antitank weapons. The supply of the US antitank systems and the moment they will actually come in service with the Ukrainian army may take place in the first six months of 2018. Deutsche Welle quotes the Head of the General Staff of the Ukrainian Armed Forces Viktor Muzhenko saying this. 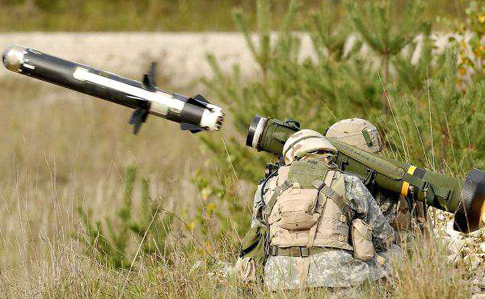 How many weapons do Ukrainians possess?

According to the journalist investigation of Hromadske TV based on the report on the illicit flow of firearms in Ukraine by Anton Myronyuk, the number of firearms Ukrainians have at hand has increased resulting from the combat actions in Donbas. Martynyuk claims that the fact that no law is in place to regulate production and possession of weapons, makes it more difficult to control and block the illicit flows of weapons. 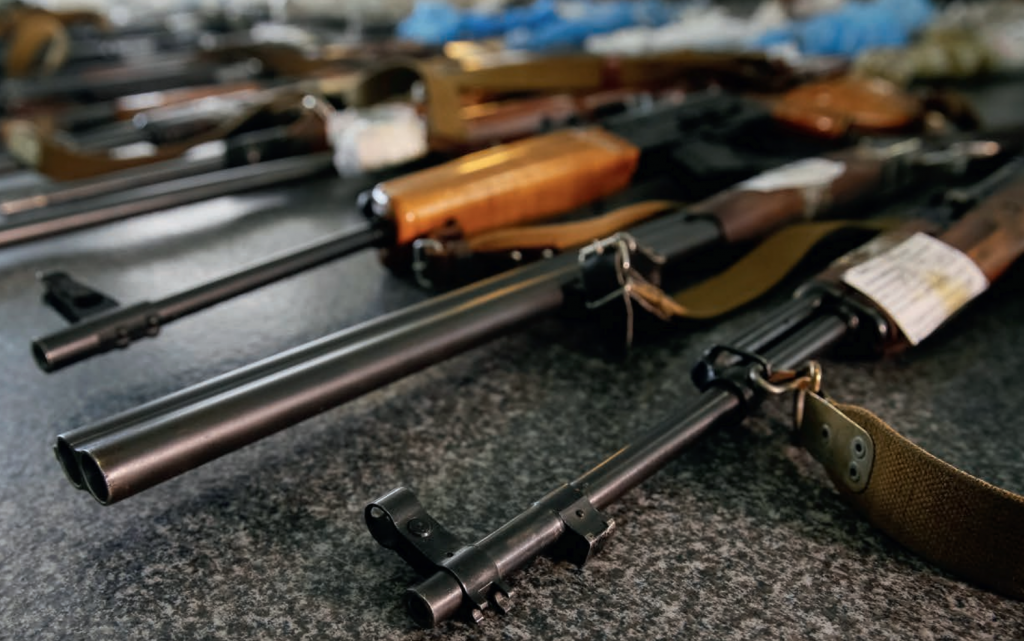 Key figures: court ruling. Since the beginning of the war in Donbas the number of court rulings based on the article on illegal handling of weapons, has increased by 55 per cent in Kyiv according to the Unified registry of court rulings. As per the Ministry of Internal Affairs, in 2017 police documented almost eight thousand cases of illegal handling of weapons.
Weapons seized in 2017.In 2017 only police seized 2,500 pieces of firearms: almost half of them were pistols, also there were 78 grenade launchers, sawed-off shotguns, and rifles. Law enforcement also seized 240 thousand rounds of ammunition, over two thousand grenades, and 72 explosive devices.
Estimated number of weapons in Ukraine. Ukrainians may have up to five million pieces of unregistered small arms, says Heorhiy Uchaikin of the Ukrainian Association of Weapons’ Holders. Meanwhile, advisor to the Head of the Ministry for Internal Affairs Ivan Varchenko notes that the number is far from reality, officially Ukrainians possess 1.2 million registered weapons, thereisnot more than 300 thousand illegal ones.

The Law on Reintegration of Donbas: key things to know

The voting of January 18: last-minute amendments. On January 18, the Vekhovna Rada (Ukraine’s Parliament) passed the law “On peculiarities of the state policy to ensure the state sovereignty of Ukraine in the temporarily occupied territory in Donetsk and Luhansk region” that among the rest also recognizes the Russian Federation an aggressor state. The respective draft law no.7163 was voted in by 280 MPs. Prior to the voting a rapporteur, MP Ivan Vinnyk of the Petro Poroshenko Bloc faction, presented a big number of amendments incorporated in the draft law. Thus, the MPs did not have an opportunity to review a number of amendments before voting the law.
Russia recognized as the occupant. The law defines the notions “Russian occupational authorities” and “Russian occupational troops” that will make Russian military indictable in international courts in the future including The Hague tribunal, emphasized the President’s Envoy to the Parliament Iryna Lutsenko.
Minsk agreements and the new law. The law introduces criminal liability for taking part in combat actions and in the activities of the occupational authorities. This may pose a contradiction to the paragraph 5 of the Minsk agreements that guarantees amnesty to the persons “involved in the events”.
Recognition of the documents issued by “DPR” and “LPR”. The Law on reintegration of Donbas defines that Ukraine will be acknowledging only two types of documents issued in the occupied territory: birth and death certificates. According to the author of this amendment MP Mustafa Nayyem of the Petro Poroshenko Bloc, this paragraph is important for the people who want to get the official Ukrainian documents, they will not have to prove the facts of birth or death in court. “Currently young parents and relatives of those who passed away in the occupied territories who would like to get official Ukrainian documents have to prove the facts of birth or death in court. The procedure itself is absurd as Ukrainian courts have no real tools to check these facts,” explained Nayyem.
Enforcing military powers. The Law grants unreasonably wide and unclearly limited powers to the military – participants of the counteraction to the Russian aggression, as well as the right to deploy the troops without the parliamentary consent to the President, MP Nayyem said. In a Facebook post, he added that the above provision of the law and a number of others are “hardly positive”.
Trade with the “DPR” and “LPR”. Secretary of the parliamentary committee for national security and defense Ivan Vinnyk claims that the Law gives no consent to trade with the uncontrolled areas but only foresees the movement of goods by individuals.
President’s take. The President of Ukraine Petro Poroshenko welcomes the approval of the Law by the Parliament and reassures that the authorities will continue pursuing the path of reintegration of the occupied territories by political and diplomatic means.
The reaction of Ukraine’s Western partners. The European Union takes the adopted law as an internal arrangement of Ukrainian civilian and military units. At the same time, a hope was expressed that Ukraine will keep implementing its commitments within the Minsk and Normandy formats. The law concerns the internal organization of Ukrainian civilian and military units in the context of the conflict in eastern Ukraine with a view to the future reintegration of the territories that are currently beyond the government control, the EU spokesperson said.
The German Federal government intends examining if the Law corresponds to the Minsk agreements, reports DW. The Minsk agreements endorsed by Kyiv have to stay unchanged, emphasized Steffen Seibert, spokesperson of the Chancellor’s office.
Russia’s reaction. Russian president Vladimir Putin called the Security Council of the Russian Federation following the adoption of the Law on reintegration of Donbas by Ukraine. Kremlin stated that the law may have a negative impact on the conflict settlement prospects. “…the recent adoption of a new law on Donbas … may definitely negatively impact the settlement prospects,” Putin’s press secretary Dmitriy Peskov said on January 19. He added that “in this context, it was emphasized that the Minsk agreements and the Normandy format have no alternatives.” Moscow also disagrees with the definition of Russia as an aggressor state. 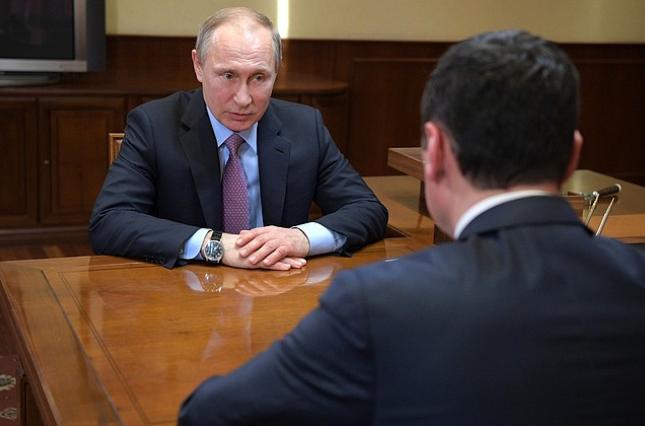 The fight for the Law on Anti-Corruption Court

The argument continues between President Poroshenko and Ukraine’s Western partners as to what the Anti-Corruption Court is supposed to be. UCMC has already written on the details of the presidential draft law as well as on the reaction of the civil society and the expert community on the draft. Last week Ukraine’s Western partners stepped into the discussion once again. 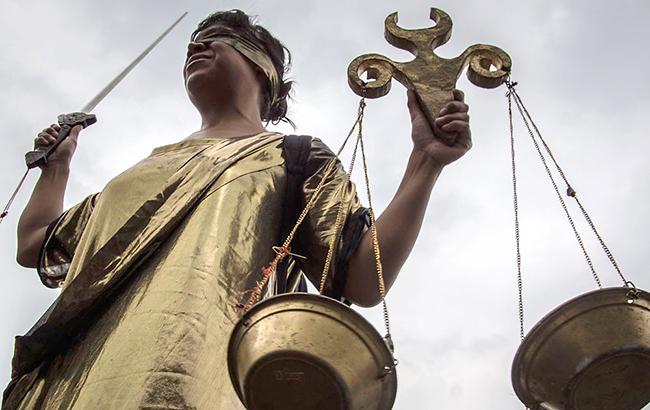 Read UCMC material: Simulation or step forward: will there be the Anti-Corruption Court in Ukraine?
Criticized by the IMF. On January 15, the International Monetary Fund (IMF) officially informed the Ukrainian authorities that the approval of the presidential draft law on the Anti-Corruption Court in its present version will imply that Kyiv does not stick to its commitments towards the international partners. The IMF Mission Chief for Ukraine Ron van Rooden made the respective statement in a letter sent to Ihor Rainin, head of the Presidential Administration, with a copy to the Prime Minister, head of the parliament, several ministers and government representatives as well as to other officials. In the letter, the IMF representative rules out the possibility that the IMF will agree to the approval of the presidential draft law on the Anti-Corruption Court.
IMF’s arguments. IMF’s main arguments are the same as used by Ukrainian experts. The biggest bloc of claims is linked to the selection of judges – the Fund demands that the Presidential Administration implements the recommendation of the Venice Commission and grants the representatives of Ukraine’s international donors the right to block the appointment of dishonest anticorruption judges. “The role of the Public Council of International Experts (PCIE) in the selection of the High Anti-Corruption Court (HACC) judges should be made crucial not just advisory (as in the presidential draft law – UCMC) … A negative decision about a candidate by the PCIE should be binding on the High Qualification Commission of Judges,” the IMF letter says. “The draft law opens possibilities for additional delays in establishing the HACC,” the IMF letter proceeds. “The jurisdiction of the HACC should align with the investigative jurisdiction of NABU (the National Anti-Corruption Bureau) and SAPO (the Specialized Anti-Corruption Prosecutor’s Office),” the International Monetary Fund insists.
Criticism on the part of the EU. The European Union has also officially criticized the Presidential Administration for having submitted the draft law that contradicts the Kyiv’s commitments and the recommendations of the Venice Commission. The main provisions of the draft law do not correspond to the recommendations of the Venice Commission. It is important that these issues are reconsidered and that the EU is bringing this signal to the Ukrainian authorities, Brussels emphasized.
Threats from the World Bank. The director of the World Bank responsible for the Ukraine operations sent a letter to the Parliament and to the Presidential Administration warning of the unacceptability of adopting the draft law on the Anti-Corruption Court submitted by the President. The World Bank warned that Ukraine needs to bring the draft law in accordance with the Venice Commission’s recommendations if it is interested in getting the Bank’s guarantees worth $800 million.
The Presidential Administration is currently rejecting all claims considering them unjust accusations.