Russia-backed militants made three precision attacks upon the Ukrainian positions in the combat zone over the last day. They were using 120-mm mortars alongside other types of weapons. All the attacks took place in Donetsk sector, reported Colonel Dmytro Hutsulyak, Ukrainian Ministry of Defense spokesman on ATO, at a press briefing at Ukraine Crisis Media Center. 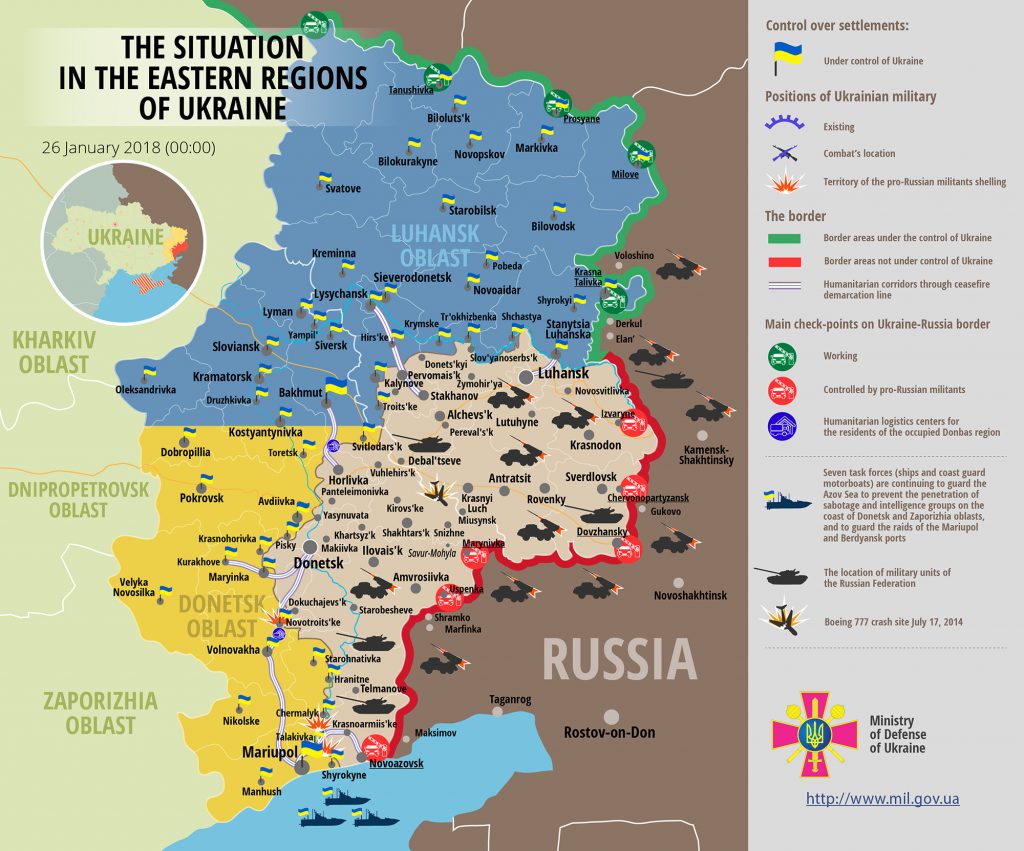 Report on the military developments as of January 25 is available here. Interactive data on the shelling: chronology shelling chart and the interactive map.