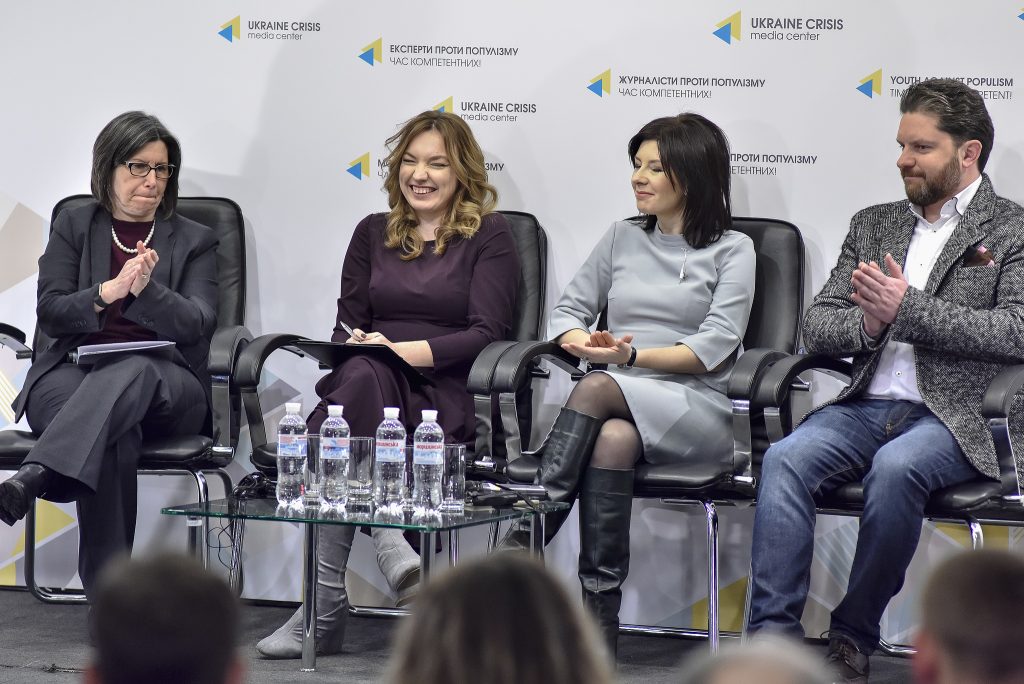 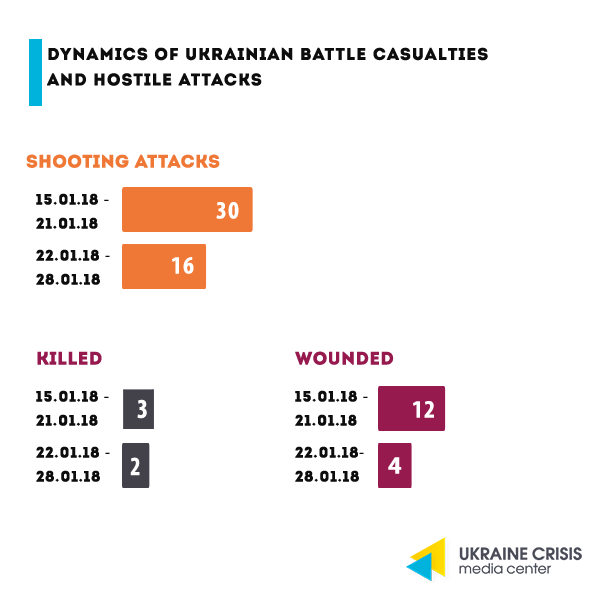 Javelin missiles. The US has started preparation work to transfer the US-produced Javelin anti-tank missile systems to the Ukrainian Armed Forces. It was reported by Kurt Volker, the US Special Representative for Ukraine. He said, it takes time to prepare everything. The facilities where everything will be stored, the ways of transfer. We are working together on how to transport them and involve them in the work of the Armed Forces, Volker noted.

Ukraine and Eastern Europe: Zeman wins at the presidential elections in the Czech Republic. Implications for Ukraine

Miloš Zeman, the incumbent, won in the second round of the presidential elections in the Czech Republic. He was re-elected for the second term and will be in office for the next five years. Zeman got 51,3 per cent of the votes, while his opponent academician Jiří Drahoš was supported by 48,6 per cent of voters. 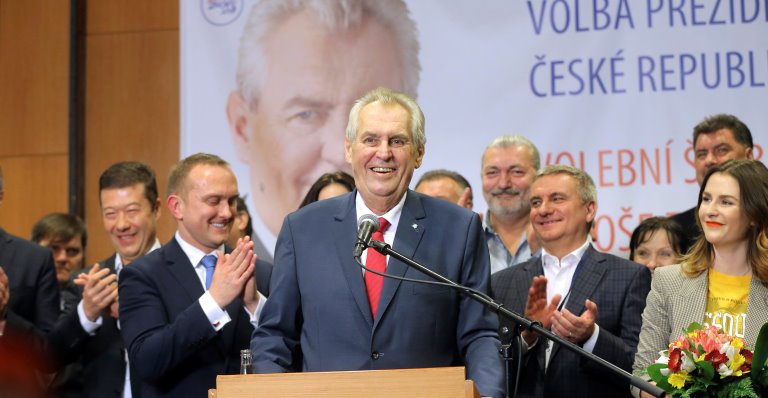 Who is Zeman? Sympathizer with Russia and anti-European views. Miloš Zeman is quite a controversial figure. His views can be characterized as pro-Russian and anti-European. He is defending the so-called traditional values and is advocating against the migrants from the Islamic countries. Zeman spoke out several times against the EU sanctions against Russia calling them a nonsense and a damage for the EU itself. When he was recently giving a speech at the Parliamentary Assembly of the Council of Europe he said that Crimea needs to be recognized Russian and Ukraine should get respective money reimbursement. He also calls the war in eastern Ukraine a “civil war”.

Changes to come. Despite the fact that the role of the president in the Czech Republic is rather representative, Zeman’s victory will have an impact on a series of important political processes. It would be logical to expect an increased orientation towards Russia as Miloš Zeman is known for his admiration and close ties with Vladimir Putin as well as for his business trips to China.

Yanukovych, Manafort and Trump: a new investigation by The Atlantic

A new investigation by a journalist of The Atlantic Franklin Foer proves that the former chief of the Trump’s campaign, political technologist and former advisor to Yanukovych Paul Manafort penetrated deep into the Ukrainian political system back in Yanukovych times. To remind, in August 2016 MP Serhiy Leshchenko made public the copies of the documents of the so-called “black book ledger” of the Party of Regions that attested the transfer of money to Yanukovych’s advisor Manafort. According to the documents, Manafort received over 12 million US dollars from Yanukovych’s Party of Regions between 2007 and 2009. It was reported that the US would probably investigate the alleged participation of Manafort in the corrupt schemes in Ukraine. What are the new findings of the investigation by The Atlantic? Hromadske TV has prepared an analytical material, UCMC offers a shorter version of it. 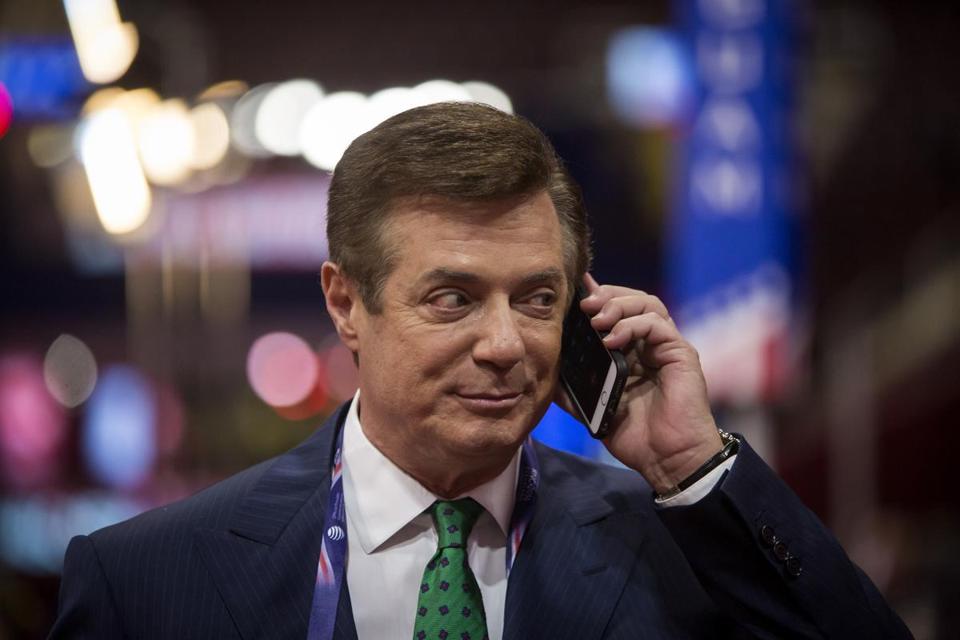 The shadow government in Ukraine. Manafort used to have an incredible impact on Yanukovych. According to Foer, he was actually heading the “shadow government” in Ukraine having his people in every ministry. Manafort worked with Yanukovych for ten years. The story commenced in the post-Orange Revolution epoch, when Yanukovych was close to getting the power in Ukraine but unexpectedly for himself lost it.

The Russian trace: Russian oligarch Deripaska. It was the Russian oligarch Oleg Deripaska who led Yanukovych to Manafort. Being one of the oligarchs whom Putin did not destroy in exchange for loyalty, Deripaska was striving to preserve the possibility to influence the Kremlin and that’s exactly why he was interesting to Manafort. However in 2007 Manafort landed 100 million US dollars from Deripaska to start his own company called Pericles. After the 2008 crisis Deripaska started asking the money back. Manafort did not give it back – in 2011 he simply stopped responding to Deripaska’s claims. In 2015 Deripaska sued Manafort in a US court and has all chances to win the case.

Business and politics: erasing the line. Why Manafort was chased by the people like Yanukovych or Deripaska? It is first of all due to his approach to the “political technologies”. It was Manafort and his partners in early 1980s who introduced a serious change to the activities of the US lobbyists and political consultants. These people established the type of firms that, on the one hand, are heading the election campaigns of certain politicians bringing them to power, and, on the other hand, are business lobbyists seeking to produce an impact on the decisions these politicians make.

The fall of Yanukovych, the fall of Manafort. After Euromaidan won in Ukraine and Yanukovych fled to Russia, FBI started showing interest in Manafort. He fled from Kyiv though leaving a strongbox with the documents that may say a lot about his activities. It’s possibly due to the FBI investigation that he lost the possibility to use his foreign and offshore accounts.

Trump as a “savior” and a “trap” for Manafort. Manafort appearing in the Trump’s election campaign in June 2016 was an attempt to save himself. When Trump’s campaign started showing the first signs of being a success, Manafort felt an opportunity was arising for him. It was his chance to “return” to the field of the US political technologies. At the same time inviting Manafort was one of Trump’s biggest mistakes. It is Manafort’s link to Russia as well as to Deripaska and Yanukovych that is one of the main “strings” in the investigation that is now being led by the special prosecutor Robert Mueller on the possible Russian influence on the US election campaign of 2016.

Life in the “DPR”: who is featured in the new US sanctions list

Expansion of the list. The United States have expanded the sanctions list of persons and companies from Russia and the occupied Donbas due to the aggression in Ukraine. The list features 21 persons that are both Russian citizens and those involved in the activities of the so-called “DPR” and “LPR” in the occupied Donbas. 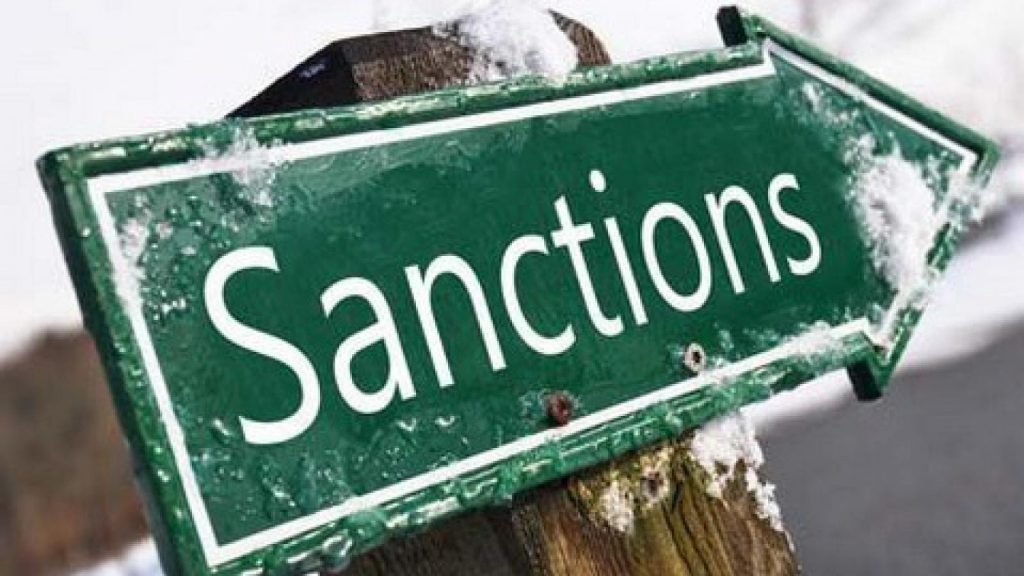 Individuals in the list. The list thus features all the so-called “ministers” of the “DPR” and “LPR” as well as the Deputy Minister of energy of the Russian Federation Andrey Cherezov and the director of the department for operational control and management of electrical energy of the Russian Federation Yevgeniy Grabchak. Cherezov is being called one of the Kremlin’s curators overseeing the self-proclaimed republics.

Companies under the sanctions. The restriction measures have also been imposed on 21 companies that, in particular, include “Vneshtorgservis” (of the unrecognized South Ossetia). Its owner is the former governor of Russia’s Irkutsk region Vladimir Pashkov. “Vneshtorgservis” manages factories and companies that are located in the uncontrolled part of Donetsk and Luhansk regions and that were seized (“nationalized”) by the militants. Sanctions were also imposed on “Technopromechexport” (a unit of “Rostech”) and Power Machines (Silovye Machyny) companies. They were actors in the story of illegal supplies of the Siemens turbines to the annexed Crimea despite the sanctions.

Decentralization reform spins up in Ukraine. In order to promote the idea at the local level a new business and social reality show “Community for a million” (Hromada na milyon) was launched on “1+1” TV channel on January 28.

Educational TV show. The educational television show was created in cooperation with the USAID’s program Decentralization Offering Better Results and Efficiency (DOBRE). In the show Ukraine’s amalgamated territorial communities will compete for the investment worth of UAH one million by the WNISEF Fund, creating projects set to improve life in the regions. The brains behind the show is Ukraine Crisis Media Center.

Decentralization as a chance for communities. The decentralization process that is spinning up in Ukraine gives vast possibilities to improve the life of simple Ukrainians in small towns and villages. The show aims at helping the people to realize that the decentralization reform is not just a possibility to decide by themselves what to spend the budget on but is also a unique chance for enthusiasts to improve the life in their country, city or village. The project organizers aim at making it clear for each Ukrainian that the well-being of the entire country starts with their proactive position and the use of the opportunities that they already have in hand today.

Who will participate in the show. Five amalgamated territorial communities from different regions of Ukraine will take part in the show: the regions include Ternopilska and Ivano-Frankivska from the west, Luhanska from the east and Mykolayivska from the south.