Russia-backed militants violated the ceasefire three times in the combat zone over the last day. The precision attacks were registered in Donetsk sector, reported Ukrainian Ministry of Defense spokesman on ATO Colonel Dmytro Hutsylyak at a press briefing at Ukraine Crisis Media Center. 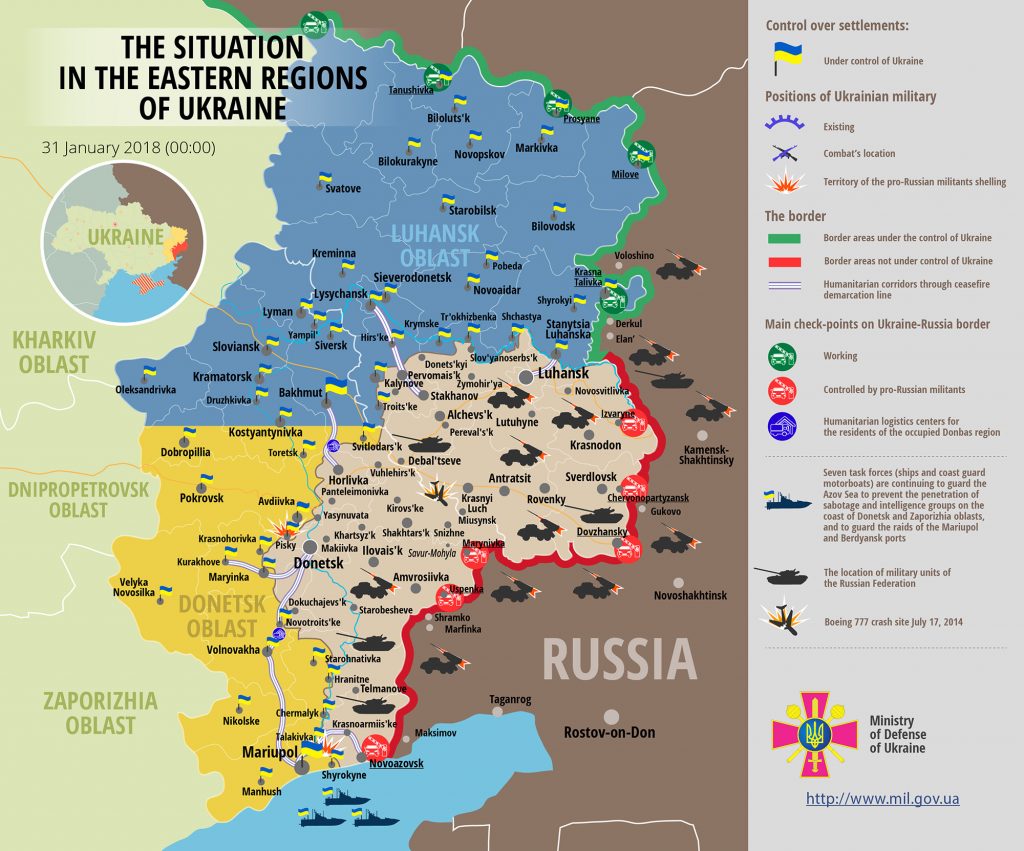 Russian proxies opened fire upon the Ukrainian troops’ positions near Lebedyne and Pisky. Militants fired eleven 82-mm mortar rounds. “There was another attack upon Ukrainian positions – that with the use of small arms and a heavy machine gun in the area of Vodiane. All the hostile attacks were precision attacks,” Colonel Hutsulyak said. Ukrainian troops did not return fire.

One Ukrainian serviceman was killed in action over the last day, two more were wounded in action.

Report on the military developments as of January 30 is available here. Interactive data on the shelling: chronology shelling chart and the interactive map.