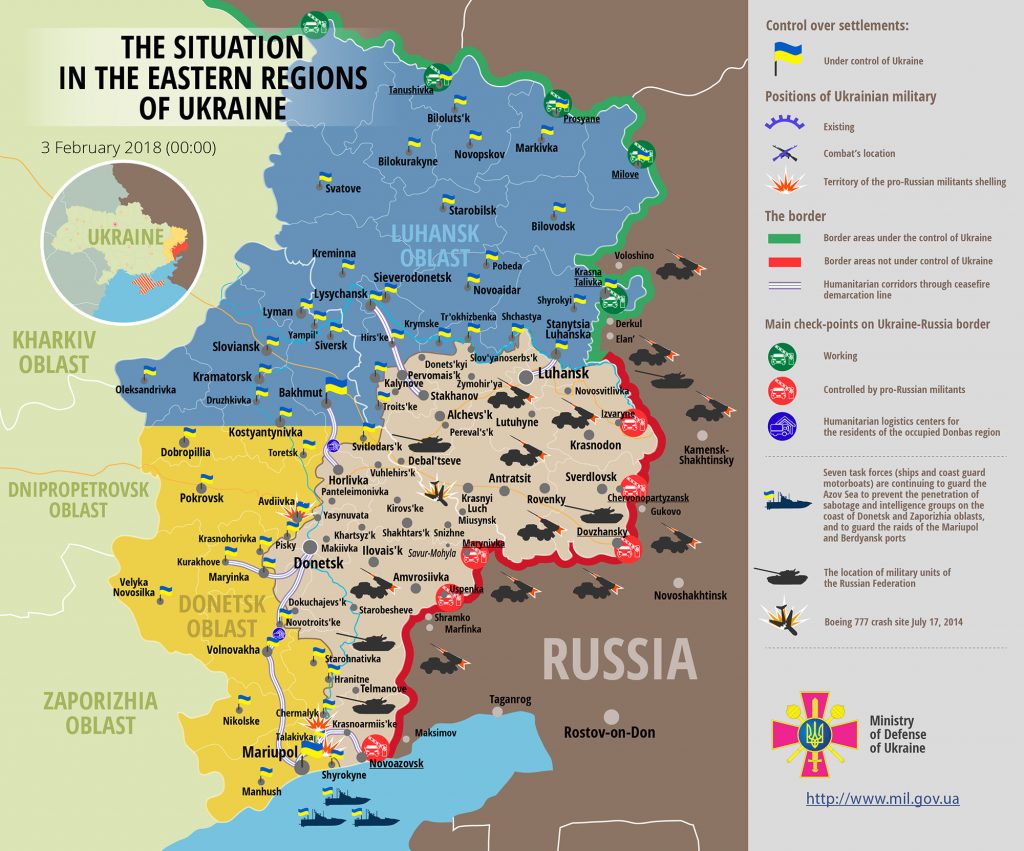 At 12:00, Russian proxies started a 40-minute attack on Ukrainian positions near Lebedynske, in which they used grenade launchers and fired four 82-mm mortar rounds. After 15:00, the militants fired seven 82-mm mortar rounds in Pavlopil area.

Unfortunately, three Ukrainian servicemen were wounded in action near Avdiivka. Press center of the ATO Staff also reports that on February 1, one Ukrainian troop was killed resulting from an explosion of an unidentified explosive device.

Report on the military developments as of February 2 is available here. Interactive data on the shelling: chronology shelling chart and the interactive map.