Yesterday, militants conducted 12 attacked at the positions of the Ukrainian Armed Forces, releasing 115 mines and artillery shells. The hottest spot in the ATO zone was Svitlodarska arc. One Ukrainian troop was severely injured as a result of the shelling, reported Col. Maksym Prauta, Ministry of Defense of Ukraine spokesperson on ATO-related issues at a press briefing at Ukraine Crisis Media Center. 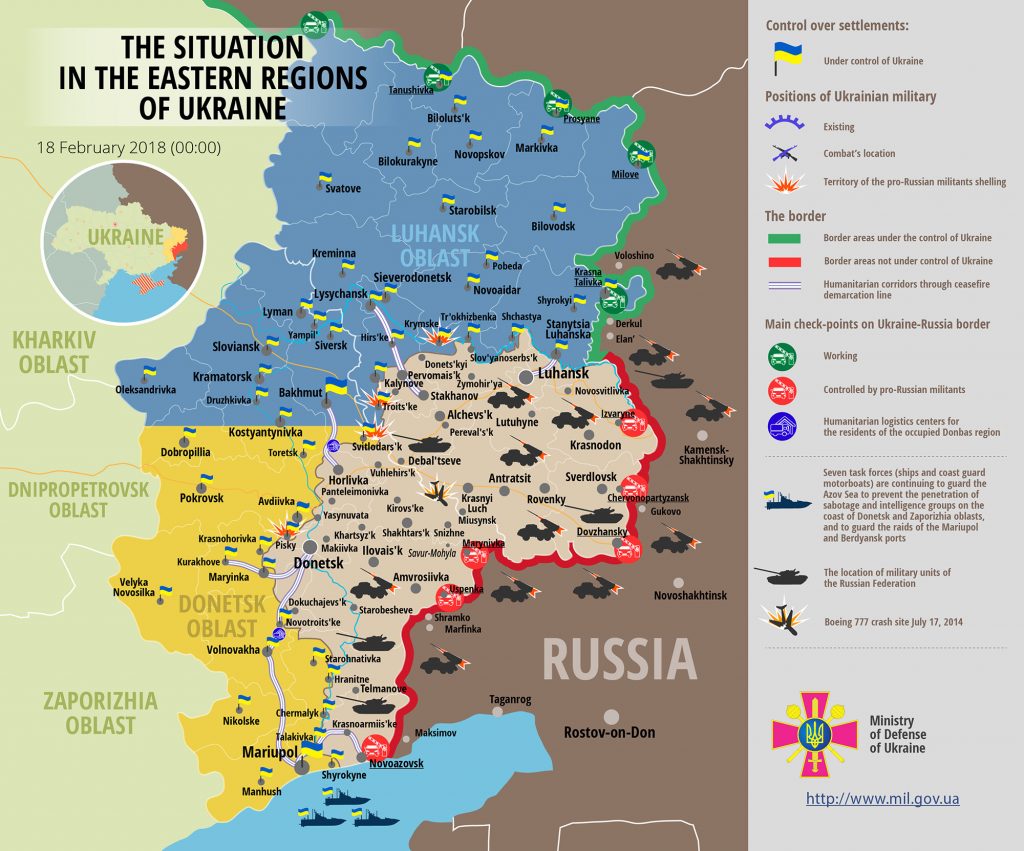 Following the results of the Munich Security Conference, the President of Ukraine, Petro Poroshenko, expressed his belief that only thing needed for introduction of a full-scale UN peacekeeping mission, is to stay tough on Russia. “The President specified that any such force should be granted a robust functional mandate”, – added Ministry of Defense of Ukraine spokesperson on ATO-related issues at a press briefing at Ukraine Crisis Media Center. United Nations peacekeepers should ensure the temporarily occupied territories return under Ukrainian sovereignty.

Report on the military developments as of February 17 is available here. Interactive data on the shelling: chronology shelling chart and the interactive map.