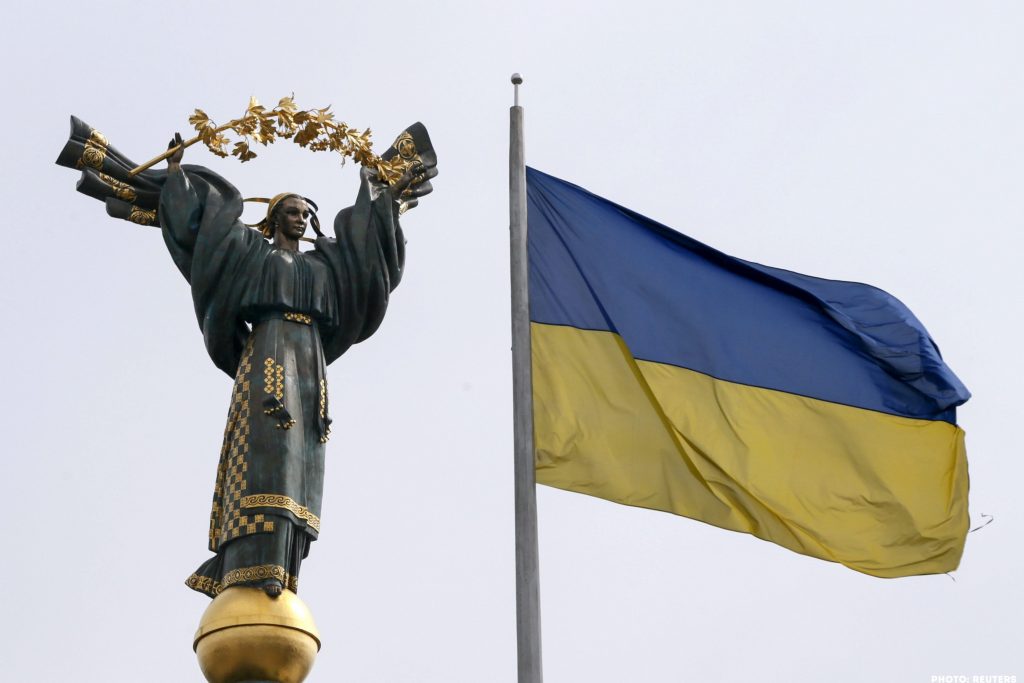 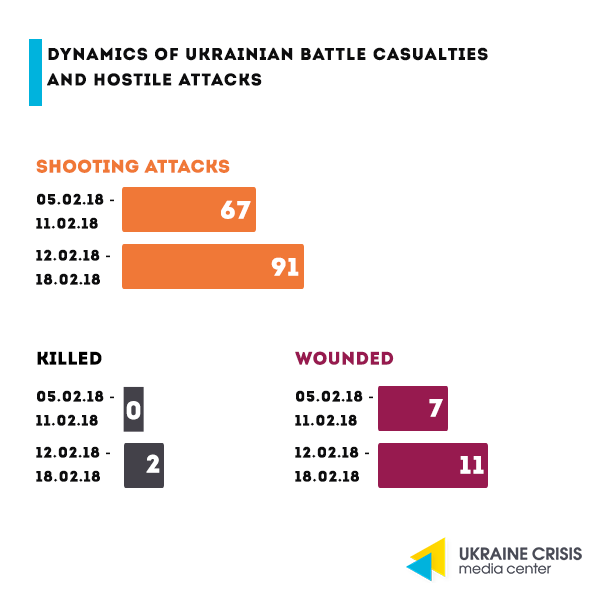 Situation in the combat zone. Combat actions in eastern Ukraine continue. Last week Russia-backed militants increased the intensity of attacks almost one and a half times and were far more frequently using the Minsk-proscribed heavy weapons.

Debaltseve. On February 18, on the third anniversary of when the Ukrainian troops broke out of the encirclement outside Debaltseve, about one hundred people walked through the downtown of Kyiv to commemorate the fallen in the combat for the Debaltseve foothold back in February 2015. We are herewith recalling how the events of 2015 unfolded.

On February 11, 2015 negotiations started in Minsk that resulted in signing of the so-called Minsk agreements the next day. According to the agreements, on February 15 at 00:00 immediate and all-embracing ceasefire was supposed to come into effect in the defined districts of Ukraine’s Donetsk and Luhansk regions.

On February 18, 2015 the “DPR” units supported by the regular Russian troops took to a large-scale offensive outside Debaltseve where active combat actions were already on for a month by that time.

OSCE. According to the OSCE Special Monitoring Mission to Ukraine, over 3,000 ceasefire violations were recorded in Luhansk region on Wednesday, February 7, of which 677 were attributable to weapons that should have been withdrawn according to Minsk agreements. Throughout the week, OSCE monitors recorded at least 1,000 instances of the use of Minsk-proscribed weapons, including at least 360 instances of MLRS usage.

OSCE monitors observed 15 weapons in violation of agreed withdrawal lines; nine in government-controlled areas and six in areas not controlled by the government.

The OSCE SMM also confirmed that Ukrainian Armed Forces had advanced near Novooleksandrivka in Luhansk region. The complete weekly report of the OSCE SMM in English presented at UCMC is available here.

In 2018 the annual Munich Security Conference that was attended by 25 presidents and heads of governments, high officials of the UN, NATO and the EU, saw the two trends unfolding. On the one hand the international community came to realize to a larger extent the threats that Russia represents for the international order. On the other hand the President of Ukraine was making a speech in a half-empty hall that may well attest to the fall of the interest to Ukraine. 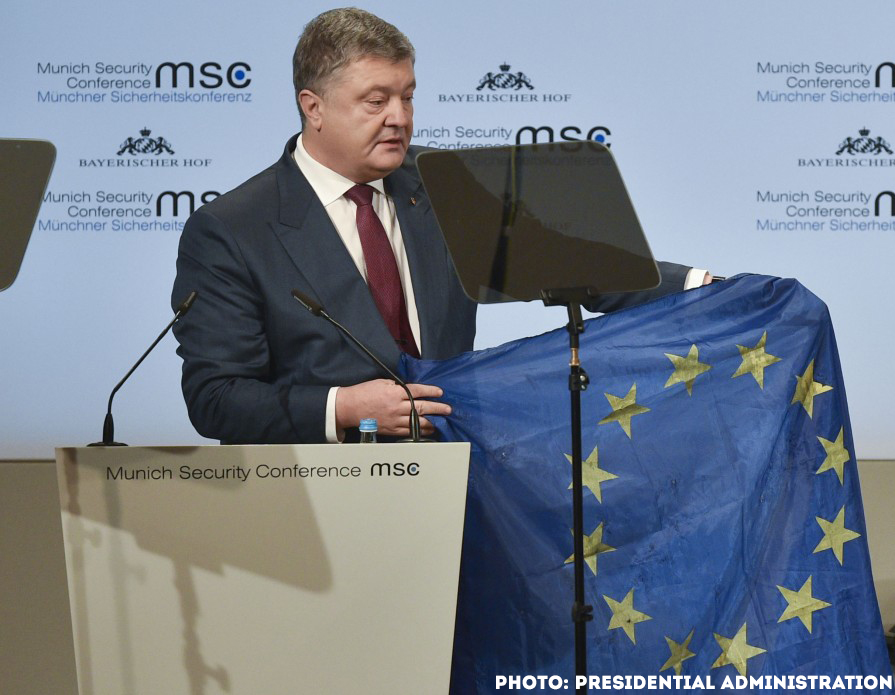 In the foreword to the conference report the Chairman of the Munich Security Conference Wolfgang Ischinger listed the themes that may trigger a big conflict. They are the tension between the North Korea and the US, the Saudi Arabia and Iran, NATO and Russia as well as the war in Ukraine.

Is Russia a serious threat indeed? The 2018 Munich Security Report quotes a recent opinion poll in Russia, according to which 72 percent of Russians believe their country is a great power, significantly more than the 31 percent who answered this way in 1999. From Russia’s point of view, it has had a number of successes: the war in and over Ukraine, fueled by Moscow, has for now contributed to freezing Kyiv’s aspirations to join the European Union or NATO. A disinformation campaign during the French presidential election in 2017 may have fallen flat, but efforts to influence the US presidential election in 2016 have paid dividends. Syria may be the most notable example of Russia’s growing international agency: with comparatively little money and manpower, Moscow has reversed the course of the Syria conflict – bolstering the Assad regime – and reasserted its power and military foothold in the Middle East. The intervention was also a testing ground for Russia’s modernized military to use electronic warfare systems, drones as well as longer-range weapons and missiles. The complete report in English is available here.

President Poroshenko’s speech in Munich. The President Petro Poroshenko has been taking part in one of the most prestigious international security fora in Munich for four years in a row. This year his speech was focused on the global context to a larger extent than in previous years. He stated that the hybrid warfare that Russia had started gets to the international level and it may well be now addressed as the global hybrid war. President Poroshenko emphasized that the dialogue between Russia and Ukraine is only possible after the occupied territories in Donbas and that of Crimea will be returned back to Ukraine. At the same time Poroshenko was speaking in a half-empty hall. The Ukrainian President was the last speaker before the evening break, some apparently decided to attend the economic debates with the IMF Head Christine Lagarde that were taking place at the same time, some did not like that the organizers did not foresee the questions and answers part after the President’s speech. However the interest to Ukraine on the part of the international partners stands when it comes to reforms. One of the wittiest comments in this regard was made earlier by Canada’s Minister of Foreign Affairs Chrystia Freeland when she spoke at the Ukrainian Breakfast organized by the Victor Pinchuk Foundation in Davos.

Following the shock period that came as a result of the loss of some of the territory and the conflict in the East of the country, Ukrainian economy started growing, said Vice President of the World Bank Europe and Central Asia Cyril Muller in an interview to Ukrainian media Dzerkalo Tyzhnia. He said all international partners that are helping Ukraine to overcome the complicated period are doing their best to make the economy growth go faster.

According to Ukraine’s State Service of Statistics, the exports of Ukrainian goods to the EU in 2017 increased by 29,9 per cent and amounted to USD 17,5 billion. The number equals to 40,5 per cent of the overall Ukrainian exports. The top three EU countries that saw Ukraine’s exports increased turned to be Belgium – 81,4 per cent, the Netherlands – 68,5 per cent and Latvia – 54,7 per cent. However neither of them was the top destination country for Ukrainian exports, which is Poland accounting for Ukrainian exports worth of USD 2,7 billion. At the same time exports to Poland grew at the rate that is lower than average – by 23,8 per cent only.

Ukraine in the ranking of the world’s most miserable economies 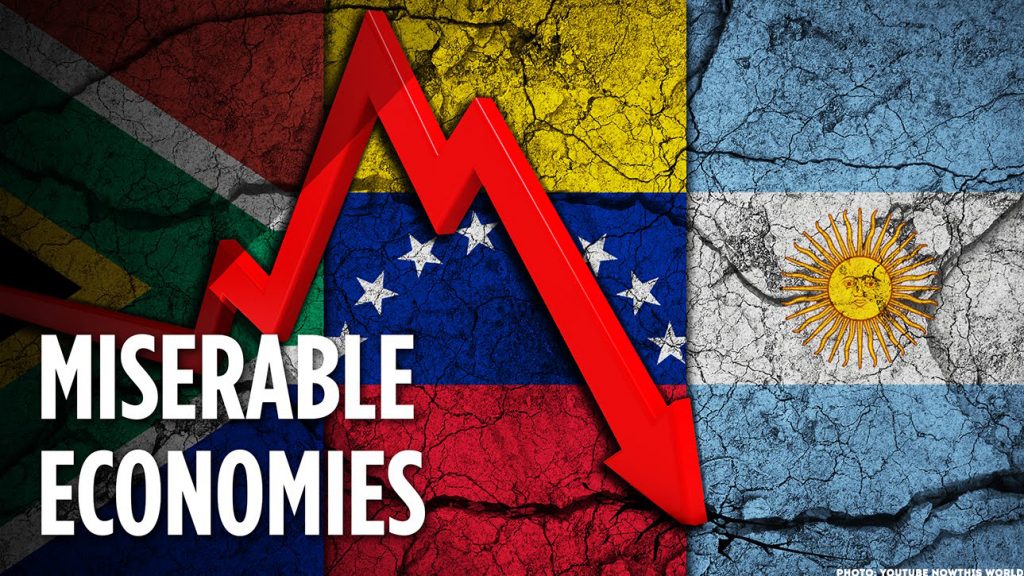 Ukraine has improved its position in the ranking since last year. In 2017 Ukraine was ranked fifth with the 23,8 misery index. This year its index grew up to 17,8 that took it to the seventh place. To compare, Greece is now ranked as the world’s fifth miserable economy, Turkey is ranked sixth.

Bloomberg’s misery index is based on the established concept that the low level of inflation and unemployment indicate economic well-being of people is the researched countries. However the figures may be misleading. Thus, being stable with low prices may be indicative of weak demand, while a too low unemployment level may hamper the search of a new, better job. 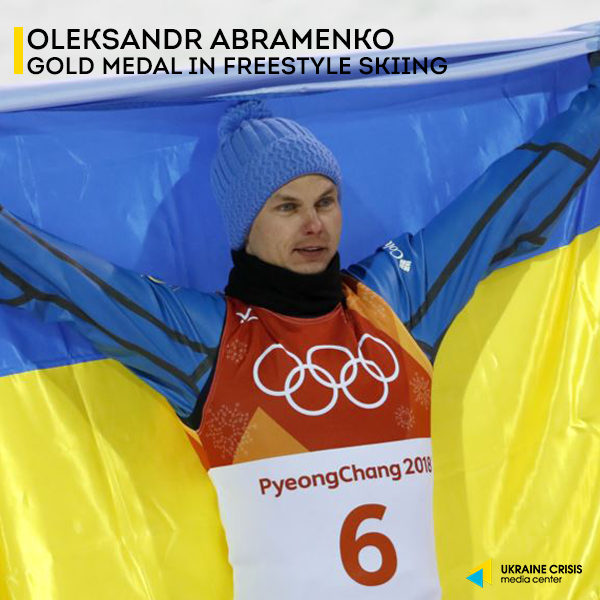 Ukraine won its first gold medal at the Winter Olympics in South Korea’s Pyeongchang – on the tenth day Oleksandr Abramenko won the freestyle skiing gold in the men’s aerials competition. Abramenko’s competitors in the grand final were two Russian athletes, a Belarus, Chinese and Canadian athlete. Half of them failed to land “cleanly”. Abramenko scored 128.51 points with a back full-full-double full jump (triple somersault, double twist in the last somersault). The athlete performed it ideally although he had not done it at international competitions before. Video.