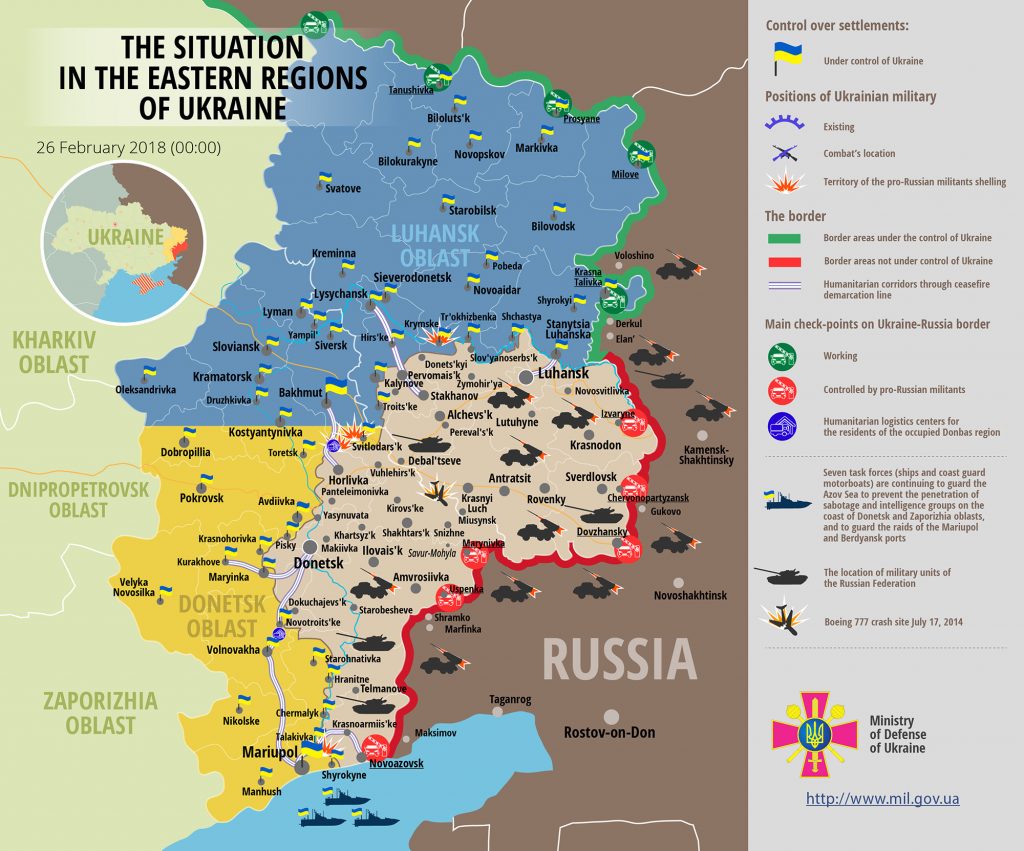 In Luhansk sector, Russian proxies opened fire three times. They used 82-mm mortars near Zaitseve during daytime having fired seven rounds. “In addition, the enemy used grenade launchers and heavy machine guns near Krymske and Nololuhanske. In the latter, the attack continued for almost two hours,” elaborated the spokesman.