In Luhansk sector, Russian proxies attacked Ukrainian troops’ positions near Stanytsia Luhanska with small arms at about 19.30
In Donetsk sector, militants delivered two small arms attacks: near Vodiane around 02:30 and in Avdiivka area at 11:40.

Unfortunately, one Ukrainian serviceman was killed in action yesterday, and one more was wounded. “This is already the third lethal casualty in our ranks since midnight of March 5, when the new ceasefire agreements of the Trilateral Contact Group entered into force”, noted Ministry of Defense spokesman. 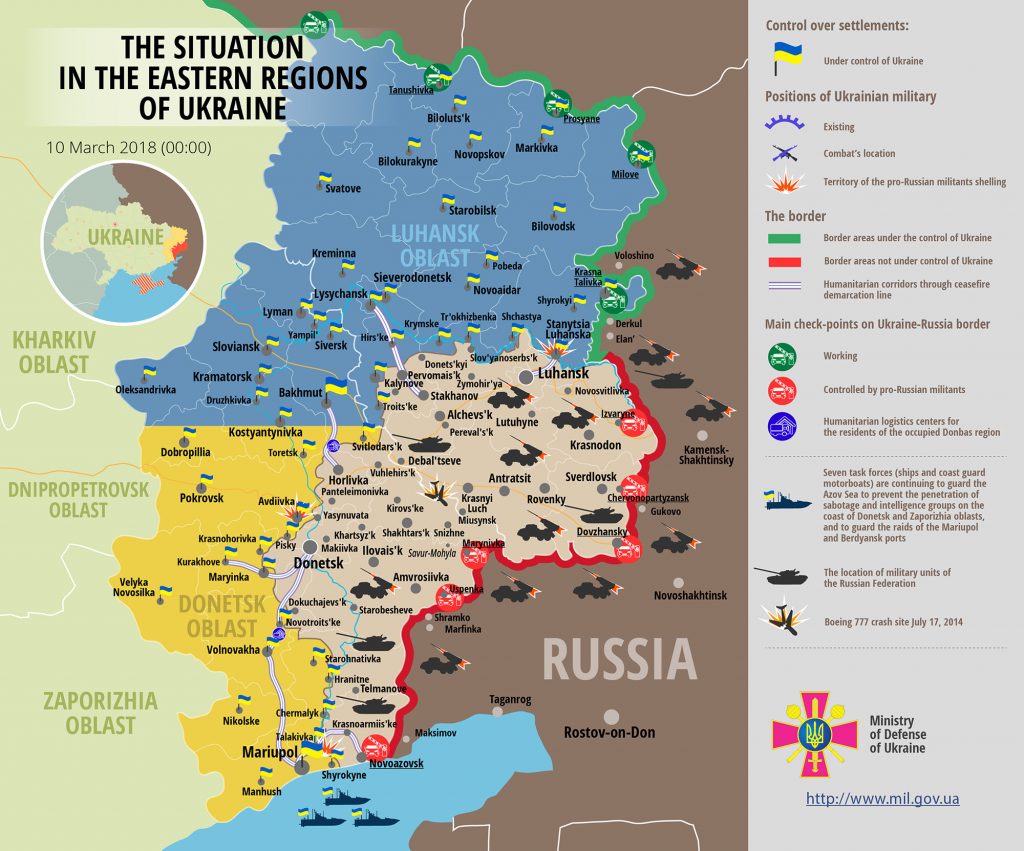 Report on the military developments as of March 9 is available here. Interactive data on the shelling: chronology shelling chart and the interactive map.