Russia-backed militants did not live up to the “all-embracing ceasefire” on the contact line in eastern Ukraine yesterday. “Despite the relative silence, in Donetsk sector militants delivered a small arms attack in Novohryhorivka area at about 19:30. Ukrainian troops did not return fire. Unfortunately, one Ukrainian serviceman was wounded in action,” reported Ukrainian Ministry of Defense spokesman Colonel Dmytro Hutsulyak at a press briefing at Ukraine Crisis Media Center. 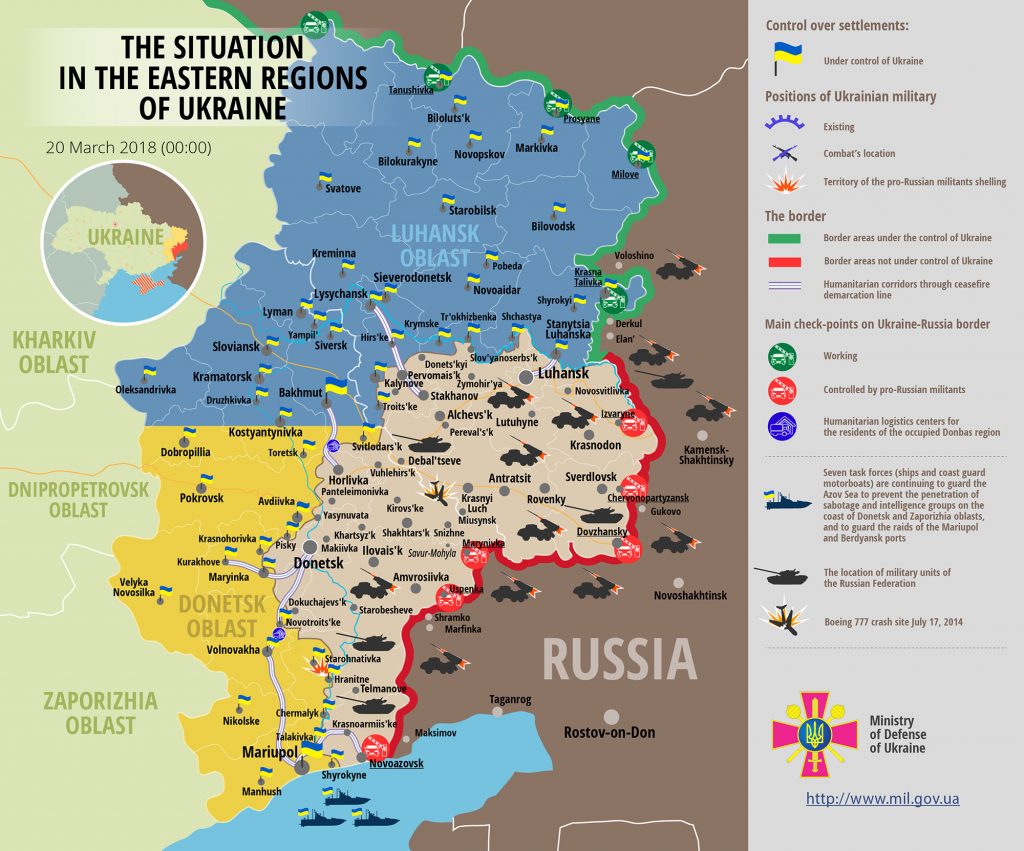 Report on the military developments as of March 19 is available here. Interactive data on the shelling: chronology shelling chart and the interactive map.