“Yesterday was the second peaceful day after the comprehensive ceasefire came into force on March 5. The previous day was recorded a week ago, on March 14,” Colonel Hutsulyak said.

The Ministry of Defense spokesperson added that Ukrainian troops live up to the ceasefire commitments and have not returned fire since midnight of March 5. 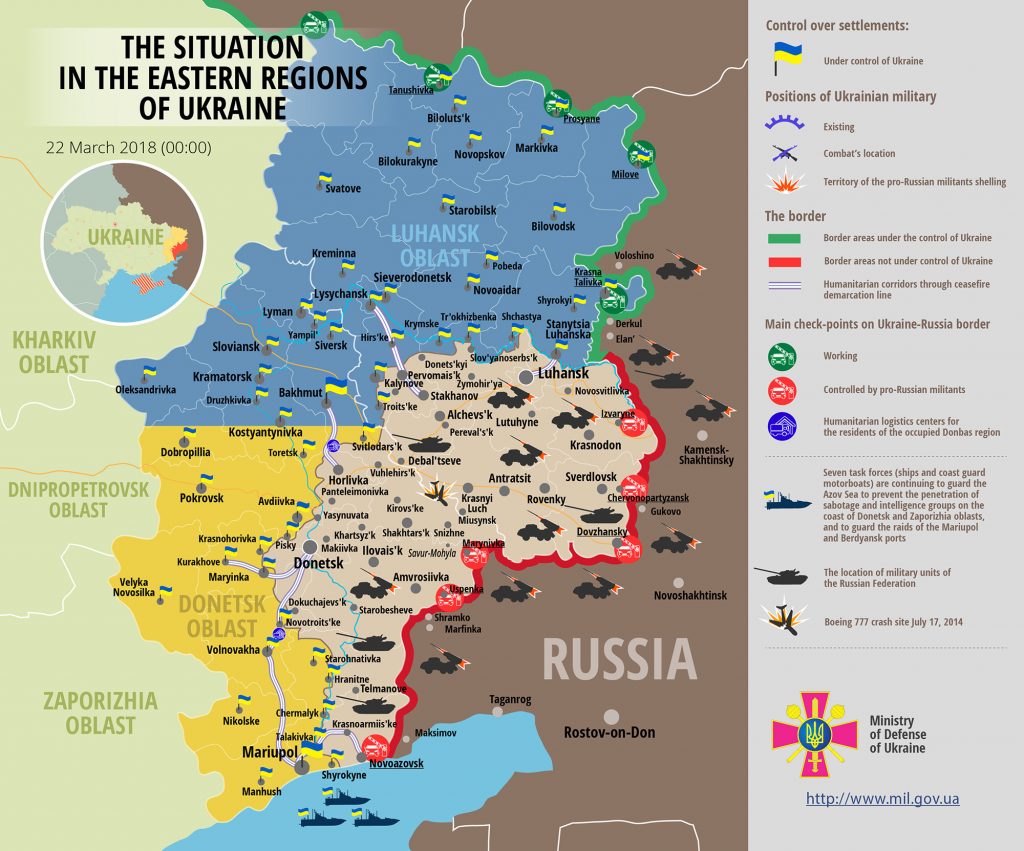 Report on the military developments as of March 21 is available here. Interactive data on the shelling: chronology shelling chart and the interactive map.