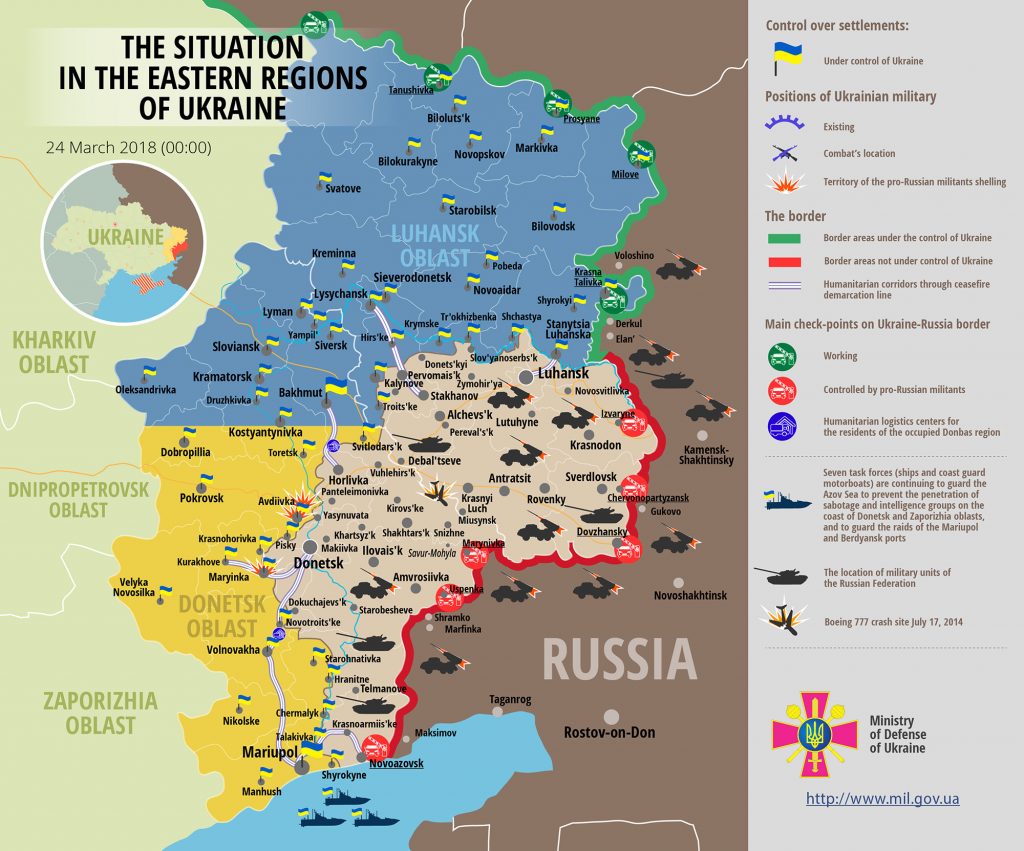 In Luhansk sector, Russian proxies violated the ceasefire twice. “They opened small arms fire on Ukrainian positions in Schastya at about 14:30. Then after 21:00 militants fired on our positions in Troitske, using grenade launchers and heavy machine guns. This attack continued for almost one hour,” elaborated the spokesman.

Ukrainian troops incurred no casualties in action yesterday, but one serviceman was killed and one wounded in a non-combat explosion, caused most probably by careless use of ammunition.

Report on the military developments as of March 24 is available here. Interactive data on the shelling: chronology shelling chart and the interactive map.