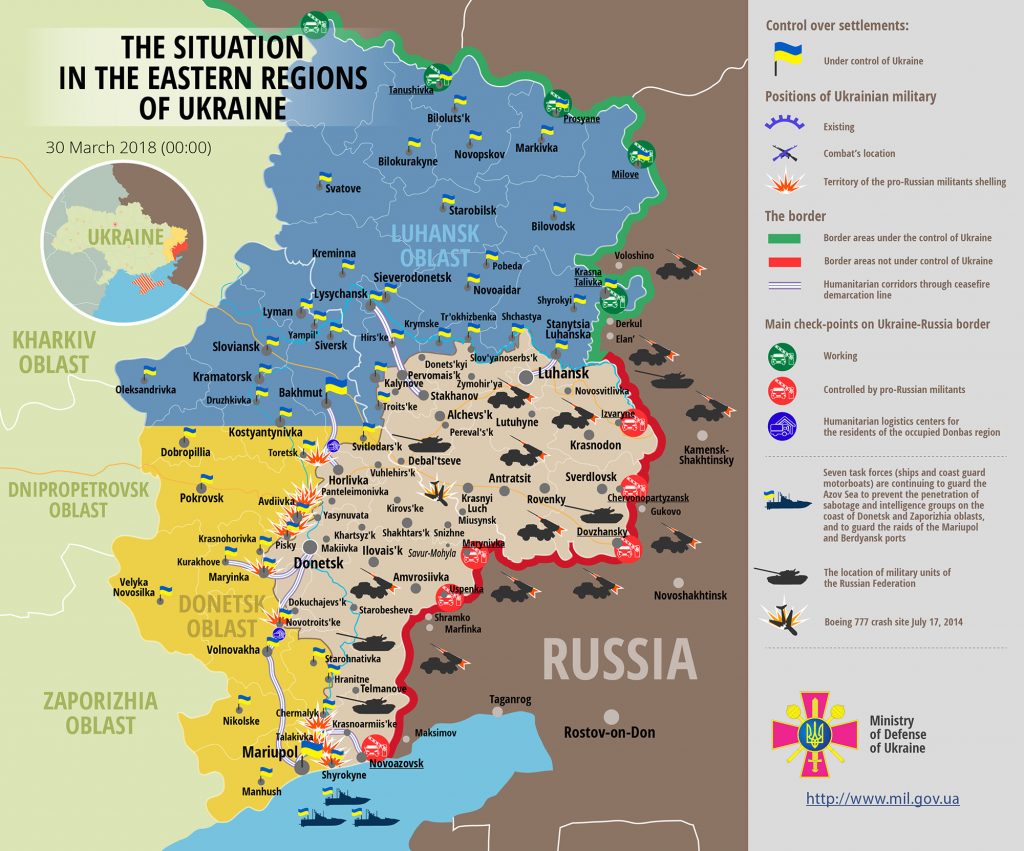 Speaking of yesterday, Russia-backed militants delivered a total of 57 attacks, 55 of which were precision ones. Ukrainian troops had returned fire in 38 cases using small arms.

Report on the military developments as of March 29 is available here. Interactive data on the shelling: chronology shelling chart and the interactive map.