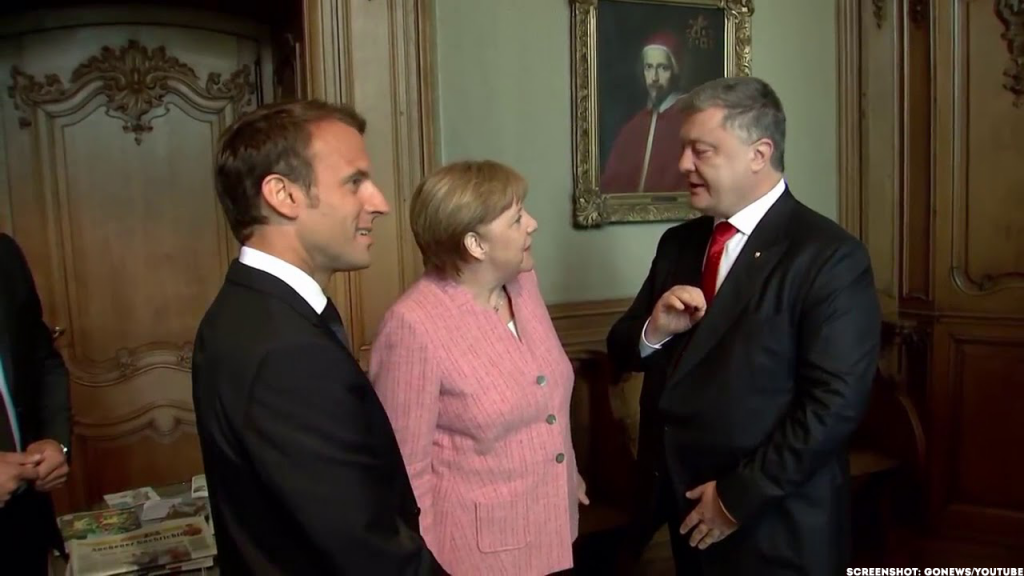 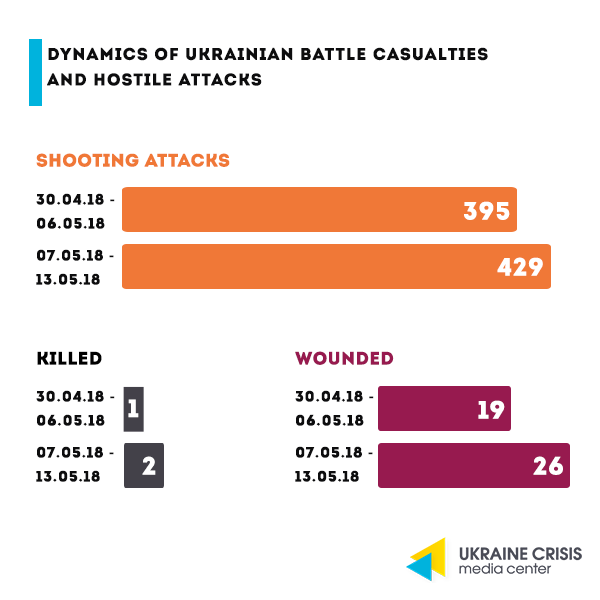 The situation in the combat zone remains tense: Russia-backed militants keep making frequent attacks both in Donetsk and Luhansk sectors and use Minsk-proscribed weapons, namely 82-mm and 120-mm mortars as well as 122-mm and 152-mm artillery. Militants also continue attacks on the residential areas: last week inhabited Loskutivka and Zaitseve came under artillery fire. The disengagement of forces negotiated by the Trilateral Contact Group for Stanytsia Luhanska area still remains impossible due to regular militants’ attacks.
Diplomatic front: negotiations with Macron and Merkel. The President of Ukraine Petro Poroshenko during the meeting with the German Chancellor Angela Merkel and the President of France Emmanuel Macron in Aachen had discussed the roadmap for the implementation of the Minsk agreements with the mandatory involvement of the UN peacekeeping mission. President Poroshenko emphasized that it is impossible to implement the security component of the Minsk agreements “without a full-fledged peacekeeping mission in the occupied Donbas.” He said that Chancellor Merkel and President Macron supported this position earlier suggested by the US. 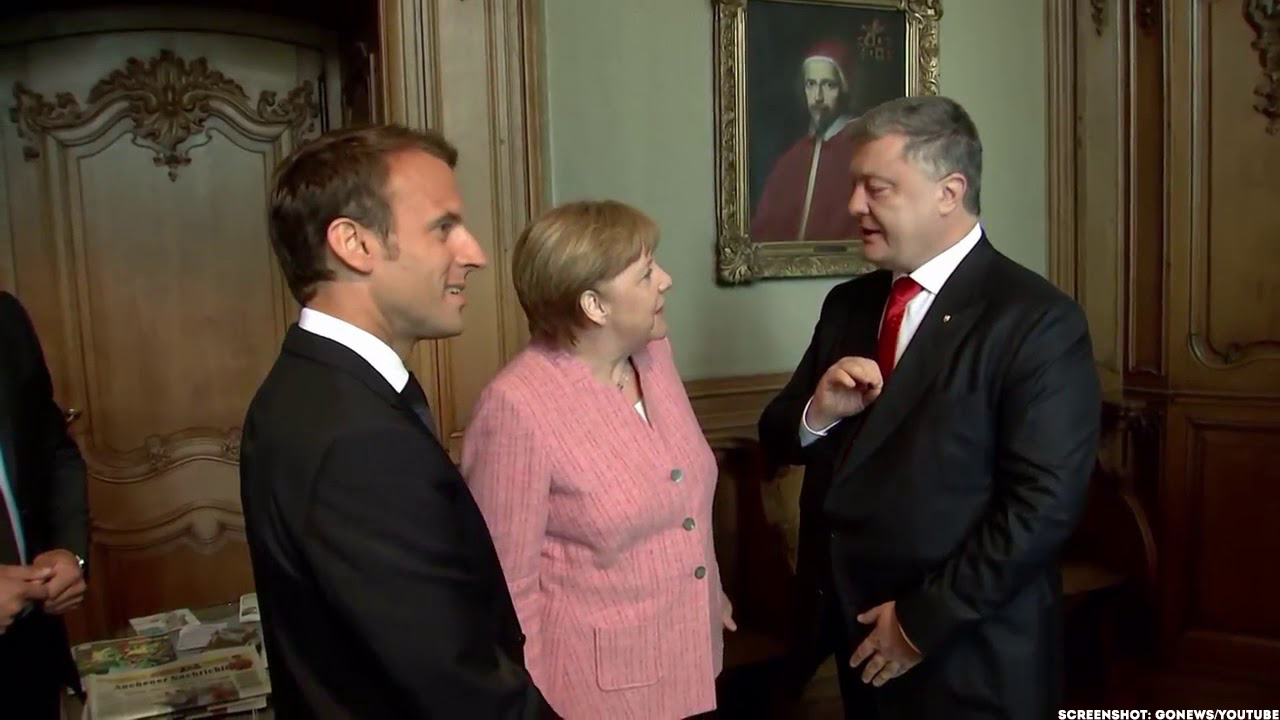 The price of the annexation of Crimea: the decision of the Permanent Court of Arbitration in the Hague

The Court’s decision. The Permanent Court of Arbitration ruled that the Russian Federation has to reimburse the losses to a series of Ukrainian companies borne due to the annexation of Crimea. The reimbursement in question amounts to $159 million. [Full text in English]
The decision in question became the first of a kind binding Russia to reimburse the losses borne as a result of the annexation. Eighteen Ukrainian companies and one natural person filed their claims against Russia.
The position of Ukraine’s Foreign Affairs Ministry. Ukraine’s Minister of Foreign Affairs Pavlo Klimkin is convinced that the consequences of violating international agreements are inevitable. “When making international agreements and then violating them, one should understand the consequences. They may not be too quick to come, but they are inevitable,” Minister Klimkin wrote on his Facebook page on May 10.
Deputy Minister of Foreign Affairs for the European Integration Olena Zerkal calls on the companies to submit to international courts their claims against the Russian Federation pertaining to the losses they incurred after the annexation of Crimea, to increase the cost of the occupation for Moscow. “It’s the first decision on reimbursement of the assets lost due to the occupation of Crimea. It is also the first victory in this part of the legal front,” Deputy Minister Zerkal wrote on her Facebook page on May 11 commenting on the decision of the Permanent Court of Arbitration.
The reaction of the Russian Federation. Russia did not recognize the decision, even more – it started ignoring the consideration of the case. The court reminds that after the hearing of the dispute on the merits on October 5-6, 2017, the arbitration asked the parties to provide written explanation. On December 11, 201 the claimers submitted their joint explanation, while the Russian Federation did not provide any.

Fight against corruption: NABU uncovers corruption in the defense sector

Claims of NABU. NABU reports having discovered the incidents of corruption in at least 15 companies of Ukraine’s defense sector. In most incidents, the violations include embezzlement, abuse of power, or procurement of goods at high prices through intermediary companies that stand close to the management of the state-owned companies in question. According to the preliminary assessment by NABU detectives, the state lost over UAH 620 million (approx. $24 million) and another three million dollars as a result of the above corrupt actions.
Suspects. NABU detectives also suggest that the main responsibility for corruption in the country’s defense sector lies with the heads of the companies as more than half of the corrupt officials fall into this category: 23 persons were charged, 13 of them are civil servants. 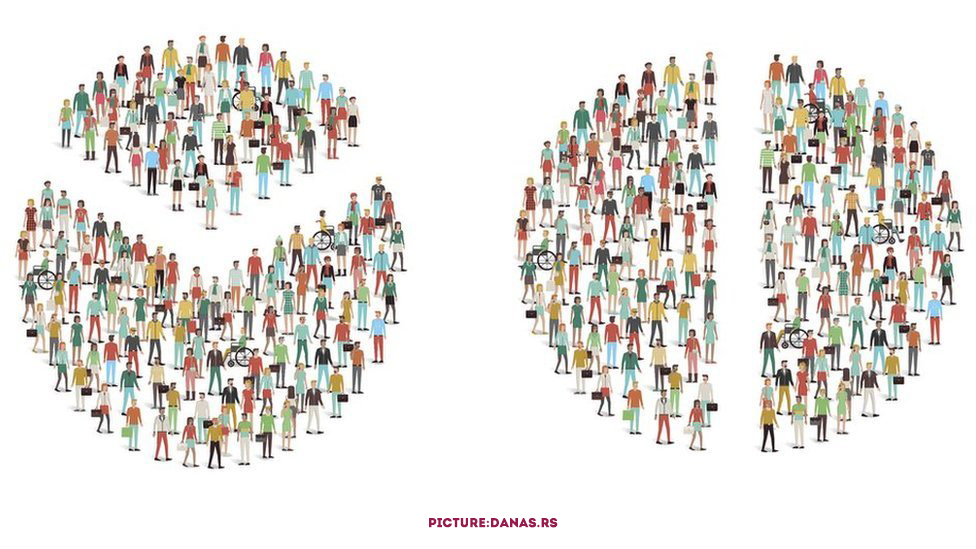 Pact, an international development non-profit organization, has recently released the results of the National Civic Engagement Poll it commissioned in 2018. The opinion poll was conducted in January 2018 within the framework of the ENGAGE program (that stands for Enhance Non-Governmental Actors and Grassroots Engagement) aiming at assessing the level of civic engagement and participation, attitude to civil society organizations as well as the vision of the reforms in Ukraine in the wider society. Here are the main findings of the research.
Ukrainians disenchanted with the government and reforms. According to the results of the public opinion poll, many Ukrainians are disenchanted with the reform process and with the work of the government. People’s trust to all branches of power is extremely low, while the reforms that were started do not find support with the considerable part of the population. Corruption and incompetence of the authorities were named main obstacles to the efficient reforming of the state. Pessimistic moods as to the reforms are spreading among Ukrainians, while the level of support to the political parties is extremely low. Large-scale mistrust and overall fatigue from political leaders, parties and reform process prevail. Eighty-one percent of the citizens are of the opinion that the authorities do not care about them at all.
Political preferences remain undecided, populism is a threat. A considerable part of the population remains apathetic to the elections as well as dissatisfied with the government. Almost every fourth citizen of Ukraine is undecided about whom to vote for in the upcoming elections. Fourteen percent said they will not vote at all, while 16 percent intend to vote against all the political parties. It demonstrates a clear level of dissatisfaction, prevailing undecidedness as well as ambivalent attitude to the current regime and the political system itself. It also shows that the political climate is encouraging populism or new political forces to enter.
Ranking of political forces. According to the opinion poll, support to the political parties in Ukraine is low, neither of them can boast major support. The support in figures is the following: Yulia Tymoshenko’s Batkivshchina Party gets eight percent, Opposition Bloc – five percent, Za Zhyttia (For Life) party – five percent, Samopomich (Self Reliance) – four percent. All other parties listed in the poll scored three percent or less. The wide-spread mistrust to political parties not only destroys legitimacy and efficiency of the current political system but also creates an opportunity for the forces that are currently outside of the parliament to produce an impact on political life, especially at local level.
Unpopular reforms. There is a segment of citizens that are against the reforms in general. Twenty-six percent say they are against the judicial/anticorruption reform, 29 percent oppose the electoral reform. About half of the population deny the need to conduct the land reform and have the state-owned companies privatized. Every fifth (22 percent) claims to be against all the reforms mentioned above. Despite the efforts that Ukraine’s civil society is putting in, the country’s citizens are skeptical and pessimistic about reforming. It is quite possible that this resistance is linked to the unwillingness to bear personal and economic hardships that may occur during the transition period.

Culture: Ukraine at the International Critics’ Week in Cannes – ovation for the “Woman at War” film 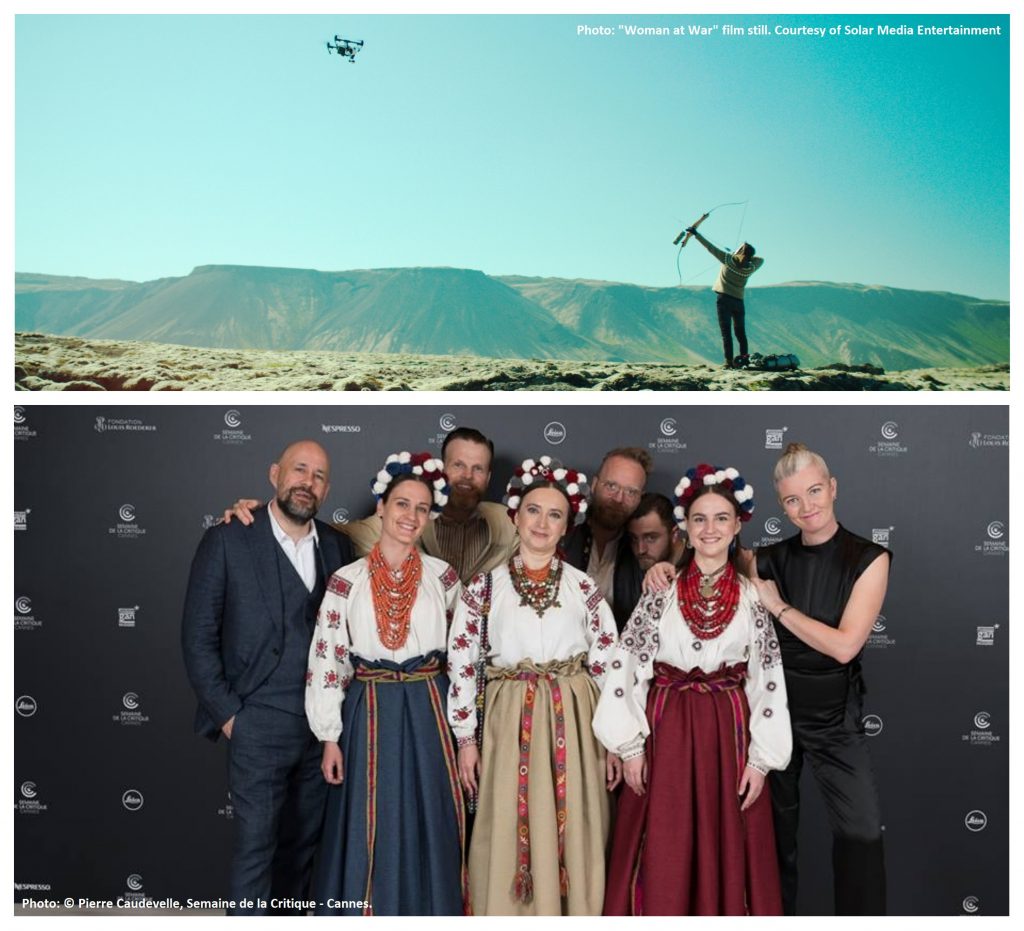 Cannes International Critics’ Week hosted the world premiere of the “Woman at War” film by Icelandic director Benedikt Erlingsson, in which Ukraine is one of the coproduction participants alongside France and Iceland. [Film trailer] The film received an ovation. In focus of this feature fiction film is the story of Hanna, director of a choir and eco-activist who is secretly fighting against the aluminum industry by damaging power lines with guerrilla methods. When Hanna is in the middle of planning her biggest and most daring operation, she suddenly receives an approval for the application for child adoption she had filed long before. She is to become the mother of Ukrainian girl Nika from Druzhkivka, Ukraine, whose family was killed in the war. The film was partly filmed in Ukraine. More than that, the Ukrainian part of the crew includes executive producer, assistant film director, actors including the Ukrainian girl who stars as Halla’s daughter. Part of the special effects was also made in Ukraine. The film also features a Ukrainian choir whose participants attended the premiere in Cannes wearing Ukrainian national costumes. Several authoritative media outlets have released positive film reviews, check them out: The Guardian – The Variety – The Hollywood Reporter