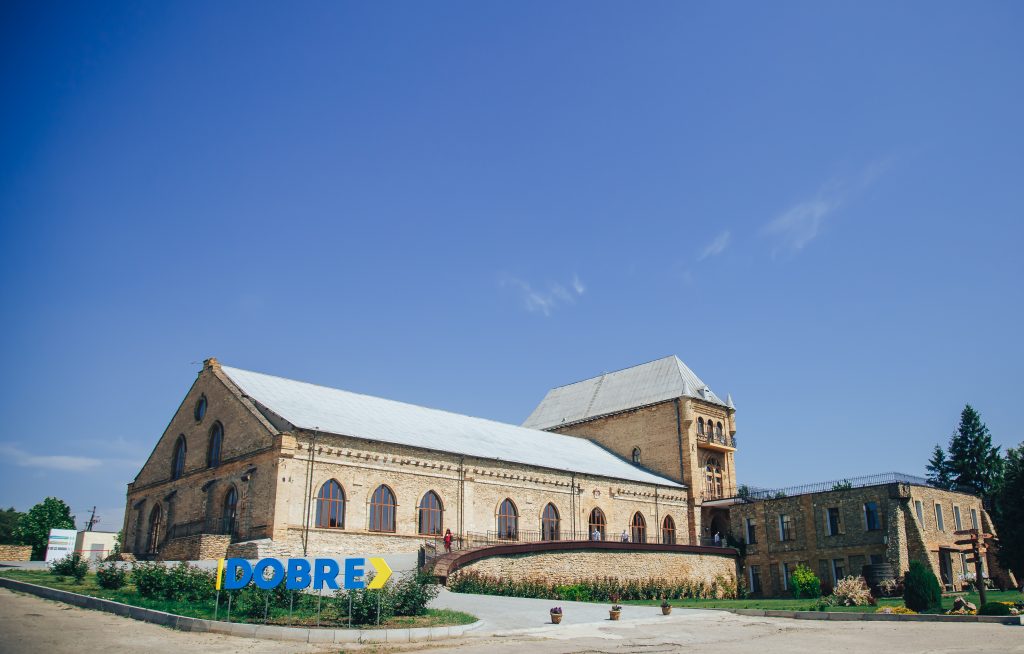 For decades traveling inside the country was not that popular in Ukraine: Ukrainians usually opted for foreign holiday destinations. In the same time, foreigners mostly know Ukraine’s capital, Kyiv, alongside Lviv and Odesa, as the top tourism destination in Ukraine. During the past years, especially after the Revolution of Dignity, Ukrainians seem to be discovering their own country anew. Today, many prefer domestic traveling opportunities to going abroad.

UCMC takes a look at how decentralization helps develop domestic tourism and what the industry’s real potential is.

Tourism in Ukraine: why is the demand for traveling inside the country on the rise?

Ukraine was never a country with a well-developed tourism business. Ukraine is one of only eight countries in the world where tourism accounts for less than two percent of the GDP: according to the Economist Intelligence Unit, only 1,4 percent of Ukraine’s GDP comes from tourism.

At the same time, a new trend came into the spotlight in the recent years: the increased demand for domestic tourism. According to TripAdvisor, in 2013-2014, 33 percent of all Ukrainian users were looking for holiday options inside their country. In 2016, the proportion reached 50 percent.

At the same time, the director of the Center for tourist information Volodymyr Tsaruk claims that domestic tourism grew by 60-65 percent compared to 2014. Ukrainians who used to go on holiday abroad are now interested in domestic tourism, Thomas Bangert, Director Display EU at TripAdvisor said in a comment to one of the Ukrainian media. As per the official data, the outbound tourist flow has decreased by 25-35 percent since early 2014.

At the same time, the number of foreigners visiting Ukraine is also growing. According to the State Border Guard Service of Ukraine, 13,6 million tourists entered Ukraine in 2016, which is 5,6 percent more than the respective 2015 number. As per the Economist Intelligence Unit, in 2014 Ukrainians spent $5,5 billion in other countries, while foreigners brought $2,3 billion to Ukraine.

Decentralization may become one of the efficient tools for growing domestic tourism. As the amalgamated territorial communities are interested in attracting the tourism revenue that would help develop their communities.

Blending the decentralization reform with domestic tourism development is exactly the goal of the Tourism Hub project “Tourism development in the new communities” organized by the USAID-funded DOBRE program in cooperation with Ukraine Crisis Media Center.

On May 17-18, the Hub took place in Kherson region. The region of Kherson was not a random choice. This southern region bordering on Crimea has unique natural resources combining the sea and the steppe. It hosts tourist destinations of nation-wide importance as well as unique pieces of architectural heritage including the National Park “Olehskivski Pisky” (Oleshkivski Sands), the biosphere reserve “Askania-Nova”, the nature reserve “Stanislav”, and Lemuriyske lake, as well as local museums, green tourism farmsteads, and wineries. Other tourist attractions include cruises along the Dnipro, excursions in Nova Kakhovka town, visits to the solar power plant, the sturgeon farm, and other locations.

“The Hub is about enhancing the tourism potential of the communities, establishing a dialogue between the different parts of Ukraine by means of domestic tourism, discovering the country for ourselves and for the world,” comments Iryna Malyk, coordinator of decentralization communications at DOBRE program from UCMC. “Many communities consider tourism an important direction of economic development. It is foreseen by their development strategies. They potentially appreciate and are well aware of the tourist attractions like parks and cultural heritage pieces. Meanwhile, this does not always work in real life. The system of motivation and incentives suggested by the decentralization model pushes the communities to revise their approach to the touristic resources they have. For example, to develop and promote their uniqueness in order to attract new tourists and investors. To develop the infrastructure to improve the access to the tourist sites. The rich history, nature, and culture do not automatically guarantee the inflow of tourists.”

On the first day of the Hub, the amalgamated territorial communities shared their experience and received the feedback from industry experts. According to the format of the first day, in course of thematic workshops participants presented their tourism projects to experts and industry professionals. They then got the advice and feedback on how to better develop tourism at the local level. 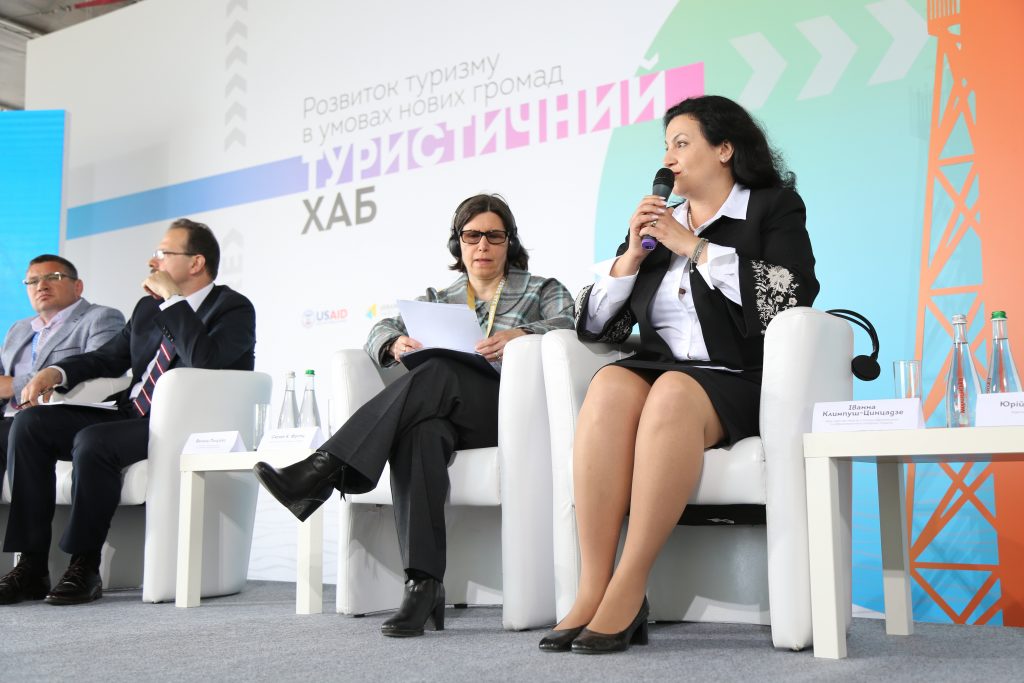 “Decentralization provides opportunities but it also foresees responsibility. Developing tourism, we can also see ourselves from the outside (…) In such a way the community is becoming an actor and is getting its own face. Clean roadsides will ensure the restaurants’ profitability, while payment of taxes will lead to well-being. It works at the community level and has a direct impact on the country in general,” Ivanna Klympush-Tsintsadze said.

Ukraine has a lot to offer in the tourism sector. In this territory there are many cultural heritage sites worth seeing, said Susan Fritz. And it is just an external manifestation of the potential the Ukrainian tourism has. Ukrainians have to develop a complex comprehensible approach to the tourism sector’s development in order to attract visitors to be able to spend the touristic revenue in their communities, the USAID Mission Director to Ukraine, Belarus and Moldova proceeded.

Ukraine has a big tourism potential and a plethora of extremely interesting and attractive places. They are worth being told about to both Ukraine and the world. To do that, the communities need to be trained to see their zest and to present them to tourists in the best way possible.

Kherson region, same as many other places in Ukraine, is not in any way worse than other countries where in some cases the tourist spots are less attractive. The bottom-up efforts coming from the communities will help people from all across Ukraine to discover their own country.