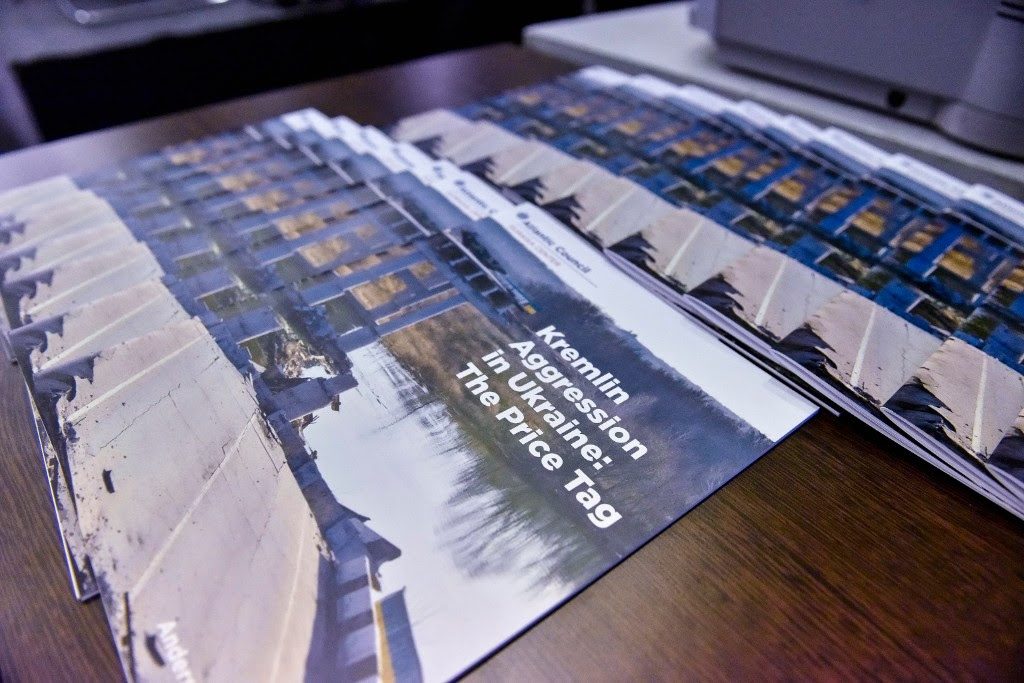 The economic aspect of the war in eastern Ukraine and occupation of Crimea is an under-researched topic in the European and North American media, political and expert communities. Neither it is well-researched in Ukraine as the key priority is restoring the state sovereignty over the occupied territories, which pushes the material losses the country has incurred down the list of priorities. In fact, this is no surprise as the issue of reparations is usually brought to the table after the aggressor is defeated and the military conflict is concluded. Apparently, there is still a long way for Ukraine to get there.

At the same time, it is obvious that both Ukraine’s direct and indirect losses resulting from Russia’s aggression greatly affect the country’s economic situation and the social and political developments. In this regard, the intellectual effort to evaluate the economic losses of the past four years is a justifiable and necessary move to understand all other processes in the country.

Nearly the only think tank regularly exploring the topic of Ukraine’s losses incurred as a result of the war in the east and the annexation of Crimea is the Eurasia Center. How much has Ukraine lost as a result of the conflict and what can be done were the main questions of the discussion held at Ukraine Crisis Media Center (UCMC) on June 7. The discussion revolved around the research “Kremlin Aggression in Ukraine: The Price Tag” by Anders Åslund published in March 2018. Diplomats, economists, representatives of the Ukrainian Ministry of Foreign Affairs and of the large businesses took part in the discussion. UCMC presents the key findings of the discussion.

Key figures from the Atlantic Council’s report. Ukraine’s economic losses from Russia’s annexation of Crimea and the war in Donbas constitute at least $100 billion, claims the author of the report. However, this does not include humanitarian, military and political losses incurred as a result of the Russian aggression. Neither does the report include the losses of human capital, payment of the social benefits to internally displaced persons, etc.

The research methodology. Where does the figure come from? Mr. Åslund based his calculations on the methodology suggested by the French economist Thomas Piketty who found out that the overall value of assets in any European country amounts to roughly its annual GDP times four.

By 2014, Crimea and the occupied part of Donbas together accounted for about 14 percent of Ukraine’s GDP. Thus, basing the calculations on Ukraine’s 2013 GDP of $179 billion, Ukraine’s lost assets amount to about $100 billion – with almost $27 billion lost in Crimea and $73 billion lost in Donbas, the analyst claims.

These general calculations are accompanied by the description of Ukraine’s biggest losses. According to the expert, the biggest ones in Crimea are the oil and gas resources. They include 18 gas deposits in the Black Sea, the approximate value of which constitutes $40 billion based on the 2014 prices. The losses of the banking system are also relatively easy to assess. Ukraine lost $1,8 billion of the banking assets in Crimea and $4,4 billion in Donbas. Moreover, after the annexation of Crimea Ukraine lost 1,4 billion hectares of land worth over $ 1,8 billion. Russia seized the “Krymenergo” energy company resulting in one more billion US dollar lost for Ukraine. The report by Anders Åslund also comprises the lists of the companies seized by Russia-backed militants in Donbas and by Russia in Crimea.

Legal differences between Crimea and Donbas. There’s obviously a difference between the legal status of Crimea and of Donbas, which brings different legal possibilities for compensation. A large number of claims have been submitted to the Hague-based Permanent Court of Arbitration, they emphasize Russia’s violations of the bilateral agreement on the protection of investment. The legal situation in Donbas is more complicated: there is a complete legal chaos as Russia denies its presence.

How does the Ukrainian government calculate the losses? The Ukrainian state has their calculations as to the “price of the aggression”. In March 2018, Deputy Head of the Presidential Administration Dmytro Shymkiv in his presentation on behalf of the Ukrainian authorities quoted the following examples of the economic losses incurred by Ukraine as a result of the Russian aggression. Having lost Crimea Ukraine has also lost 3,6 percent of its GDP; 1,5 percent of its exports; 80 percent of the offshore oil deposits (1,62 trillion cubic meters) in the Black Sea; ten percent of the port infrastructure including four million tons of grain; the possibility for its fleet to sail across the Kerch Strait. Having lost part of Donbas, Ukraine has also lost 15 percent of its GDP; 25 percent of its industry; 23 percent of exports of goods; 100 of the 150 Ukrainian mines are now located in the occupied territory having thus created difficulties with the anthracite coal supplies; $4,3 billion of bank assets, railway assets etc.

Inventory of Ukraine’s losses. At the moment all assessments remain preliminary. Participants of the report presentation emphasized that the government of Ukraine has to create the database of the lost assets as soon as possible. Their value needs to be realistically assessed, while all legal possibilities need to be studied to make the Russian Federation compensate these losses.

What can the small and medium-sized enterprises do? Obviously, it is easier for the large businesses to turn to international courts as the court processes require time, financial investment and legal counseling. What can the small and medium-sized enterprises do in this situation? According to Alan Riley, a nonresident senior fellow at the Atlantic Council’s Global Energy Center, Ukrainian companies, as well as individuals that lost their assets as a result of the Russian aggression, should submit their claims to international courts. It is also worth uniting into groups and filing collective claims in order to decrease the individual share of expenses for court processes. “What we’re trying to do here is to encourage individuals and firms to begin to use the international legal system, to go at the Kremlin to seek recompense,” said John E. Herbst, Eurasia Center Director, Atlantic Council, former US Ambassador to Ukraine.

The position of Ukraine’s Ministry of Foreign Affairs: sovereignty is the priority. On September 30, 2018, expires the Treaty on Friendship, Cooperation and Partnership between Ukraine and the Russian Federation. According to Article 15, Ukraine and Russia have to protect each other’s investments. “This is actually the last year when we have to decide the future of our big agreement with Russia concerning the Friendship and Partnership,” said Olena Zerkal, Deputy Foreign Minister of Ukraine on European Integration One of the options for settling the investment problem in the temporarily occupied territories is the creation of special state funds that can be used to protect those investors who have lost their assets.

Ukraine will consistently continue to protect the rights of its citizens and legal assets in the temporarily occupied territories. “We are not talking about selling Crimea. Crimea for us is a part of Ukrainian territory. We are talking about the protection of investors who unlawfully lost their rights in Crimea. And we are not talking about the title of ownership in Crimea. This is also obvious for us that the title is in Ukrainian position and Russia has simply usurped our right to regulate and created the double legal regime in Crimea. This is our stable position,” emphasized Olena Zerkal. It is though much harder to protect the investors in Donetsk and Luhansk regions compared to Crimea, as Russia does not recognize its presence in eastern Ukraine. “This kind of damage can be solved afterwards, after the war, as it is usually being done in any conflict, in a conference or agreement,” noted Deputy Foreign Minister. 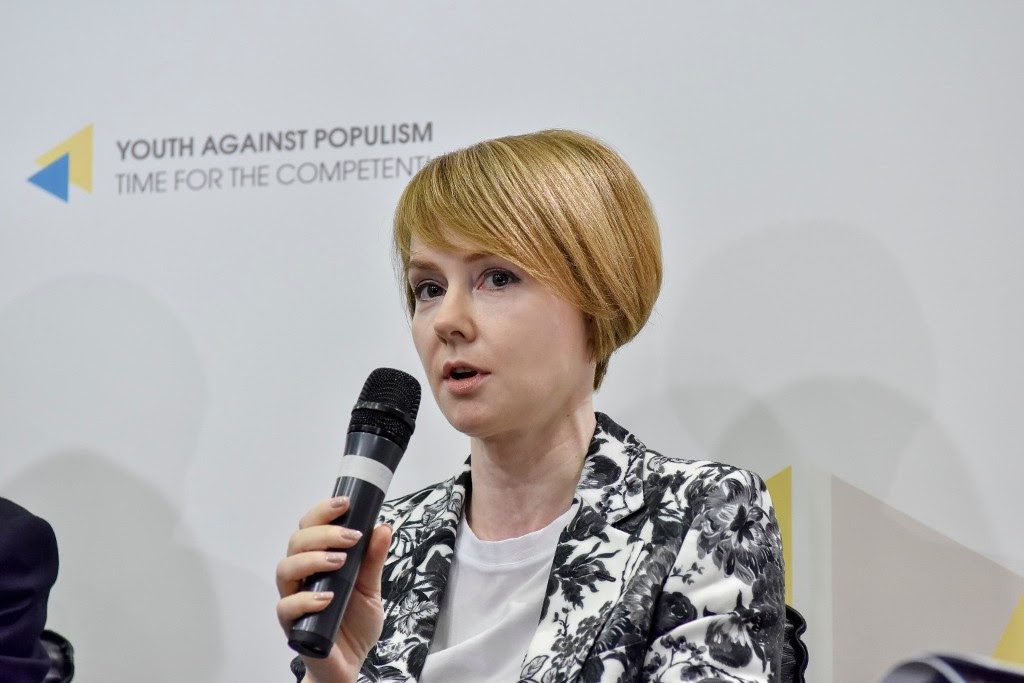 Conclusions. Whether it’s $100 billion or $300 billion, it is clear that reparations may become a topical issue only after the war ends, Crimea is returned back and the aggressor is defeated. However, big businesses and medium-sized enterprises that lost their assets as a result of the annexation of Crimea and of the combat actions in Donbas should already be using every legal mechanism available to make Russia recompense the losses. Moreover, exercising pressure upon Russia through international courts may become an additional leverage for any kind of negotiations with the Russian Federation.

Unfortunately, there is a completely different kind of losses from the military aggression of the Russian Federation in Ukraine, and these losses are irrevocable – over ten thousand people killed, 25 thousand wounded, 298 passengers of the MH17 flight killed, over 1.7 million IDPs who lost their homes and jobs. How many more are there to come? These are the losses that no amount of money will be able to compensate.