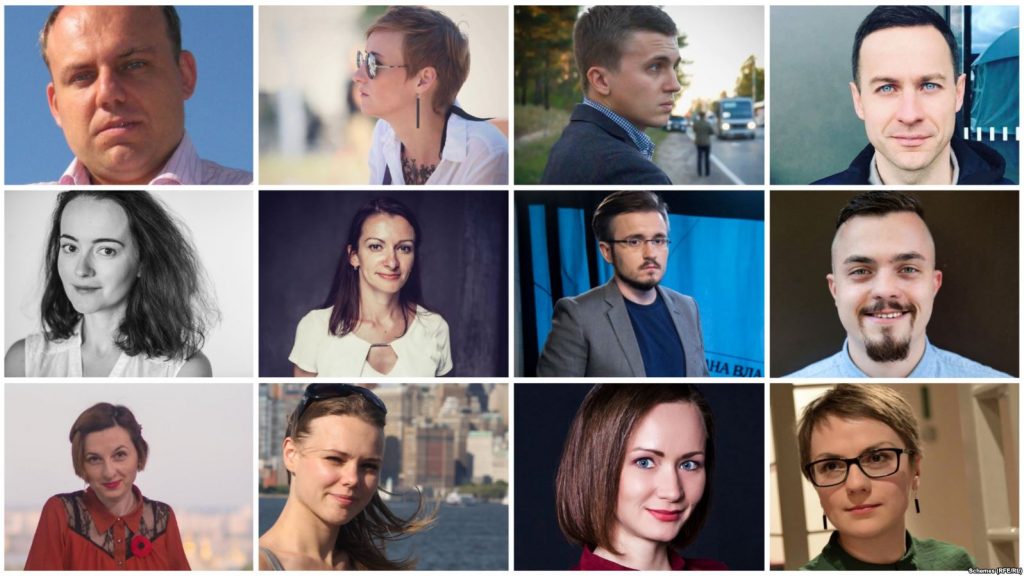 Over the past few weeks a scandal is unfolding in Ukraine that has stirred up the journalistic community both in the country and abroad. The court gave access to the cell phone data of at least two journalists to the Office of the Prosecutor General of Ukraine. Even the European Court of Human Rights made a say in the case. What happened and how Ukrainian professional community reacted is in the focus of the UCMC material.

How it all started. A few weeks ago a negative precedent for the freedom of speech in Ukraine happened. On August 27 the court allowed the prosecutors of the Office of the Prosecutor General to access the data from cell phones of at least two journalists – Natalia Sedletska, investigative journalist, author and presenter of “Schemes: Corruption in Detail” (Skhemy: Koruptsia v detalyakh) – a show jointly produced by RFERL and Ukraine’s public broadcaster UA:Pershyi (UA:TV); and Kristina Berdynskykh, journalist at “Novoe Vremya” (New Time). On September 4 it became publicly known that the court allowed the Office of the Prosecutor General to access the cell phone data of Natalia Sedletska of the past 17 months, the editor-in-chief of the “Schemes” show. On the next day Kristina Berdynskykh reported that she became subject to the same action by the Office of the Prosecutor General. “I learnt that it was my phone that was being checked from a Facebook comment not from a document. I received the official confirmation that my phone was being checked at the YES forum on Sunday (September 16 – UCMC), the Prosecutor General told me so. On Monday we filed an appeal,” Kristina Berdynskykh wrote on Facebook. 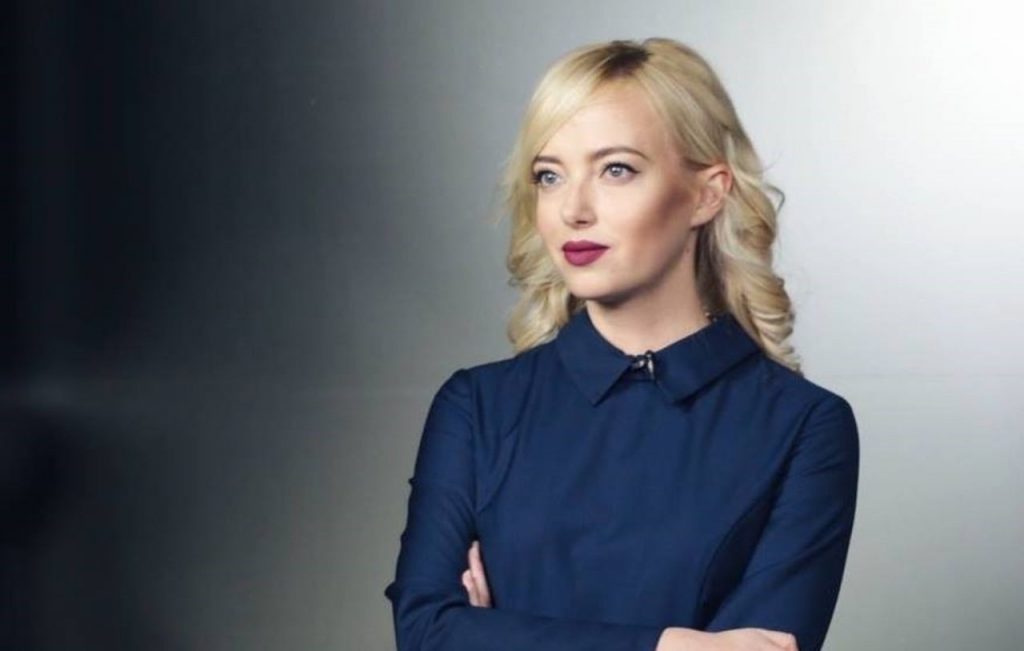 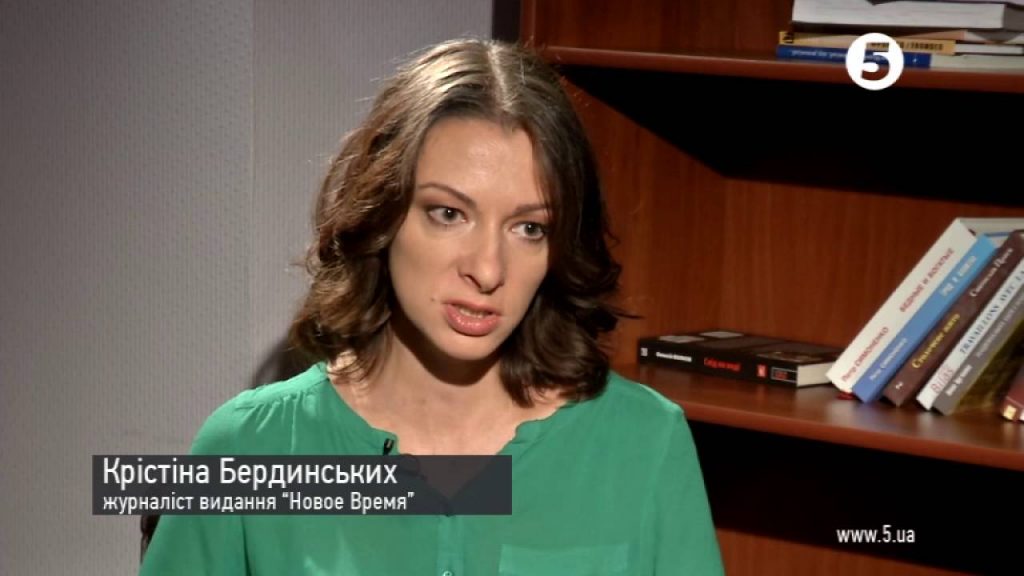 Over a year ago Sytnyk allegedly shared off-the-record some information from the ongoing investigation with several journalists, having thus violated the law. This is what the Office of the Prosecutor General is investigating.

The journalists to have allegedly attended the meeting, refused to speak about it to the investigation. According to the Ukrainian law, they have the right to do so – regardless of whether Sytnyk violated the law, the journalists can and must protect their information sources.

According to the law the journalist cannot be interrogated as a witness in case they received the information from the source upon the non-disclosure condition (Article 65, part 2, paragraph 6 of the Criminal procedure Code of Ukraine). So both journalists had the right to refuse to testify.

The Court of Appeal limits access to the data. The Kyiv Court of Appeal partially satisfied the claim of Natalia Sedletska, having cancelled the decision by the Kyiv Pechersk district court on the access to her cell phone data over the past 1,5 years. The Court of Appeal ruled to limit the range of the data that the investigators can obtain from the journalist’s cell phone. Thus, the mobile operator has to provide the dates, time and locations of Sedletska’s phone in proximity to the base stations close to the National Anti-Corruption Bureau premises in Kyiv over the past 17 months. “The Court of Appeal recognized that the Office of the Prosecutor General indeed asked for excessive data from my phone and from the phone of Kristina Berdynskykh. On the one hand it is a good sign that the society demonstrated such a sharp reaction at the risk of the journalists’ source disclosure. At the same time the judge did allow the Office of the Prosecutor General to take the data from our phones. It is actually an equivalent to the post-factum following of the journalists,” Sedletska noted. According to the journalist, the contacts and calls she made from exact streets in Kyiv will allow the detectives to reconstruct her route and contact list for the period of time in question.

At the same time the Kyiv Court of Appeal postponed to September 26 the hearing of the claim by Kristina Berdynskykh, “Novoe Vremya” journalist, on the access of the prosecutors to her cell phone data. The court motivated its decision by the fact that the case materials had not been transferred from the Pechersk to the Solomyanskyi district court of appeal. Moreover, the prosecutor was not present at the hearing.

Thus the prosecutors may be getting all the necessary cell phone data of the journalist until September 26 with no obstacles.

The European Court of Human Rights. When the Office of the Prosecutor General was granted access to the cell phone data (includinggeolocation, call and text logs) by court, Sedletska appealed to the European Court of Human Rights. On September 18 the ECHR prohibited to the Ukrainian law enforcementto access the journalist’s data. It comes as a preliminary ban and is in force for a month. These temporary emergency measures rest in force until October 18 – while Radio Liberty where Sedletska is working as editor-in-chief of the “Skhemy” investigative journalism show, will be preparing the complete claim to the ECHR.

Reaction of fellow colleagues and international organizations. Many Ukrainian journalists and a series of organizations – freedom of speech watchdogs, made a statement expressing their indignation and calling upon the Office of the Prosecutor General to guarantee that they will not use the journalists’ data. The organizations include the Anticorruption Action Center, the Institute of Mass Information, the Ukrainian Institute for Media and Communications, the Institute for local press development, Detector Media as well as the editor-in-chief of the NV.ua web site Yulia McGuffie and the chief editor of Ukrainska Pravda web site Sevgil Musayeva. The number of signatories exceeded 50.

The statement says that the court ruling creates “a dangerous precedent” for Ukrainian media and violates Ukraine’s international commitments. “It creates the conditions in which the journalist will find it extremely hard or next to impossible to fulfill their professional activities and protect their information sources as it is guaranteed by the law of Ukraine,” the authors of the statement emphasize.

At the same time journalists of over 15 Ukrainian media have sent official inquiries to the Office of the Prosecutor General as well as started a flashmob on Facebook at the hashtag #Луценко_дай_відповідь (Lutsenko, give an answer). The journalists asked the Prosecutor General of Ukraine Yuriy Lutsenko how he is going to implement the decision of the European Court of Human Rights issued in response to Natalia Sedletska’s claim as well as asked to comment whether the investigation had already received the requested data from the phone of Sedletska and Berdynskykh provided by the cell phone operator.

Monitoring how journalists’ work is impeded in Ukraine. From the beginning of this year to August 2018 the Institute of Mass Information (IMI) recorded 67 cases when journalistic activities were impeded, 24 cases of threats, 22 cases of physical attacks on journalists and 12 cases when their access to information was limited. It makes for a total of 125 violations in eight months. In 2017 the IMI recorded 281 cases of the freedom of speech violation that slightly exceeds the respective number from the previous year (264 cases in 2016, 310 cases in 2015, 955 cases in 2014). Nevertheless the trend between 2014 and 2018 is rather positive.