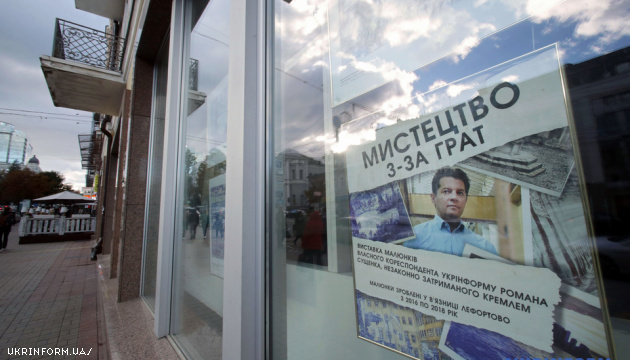 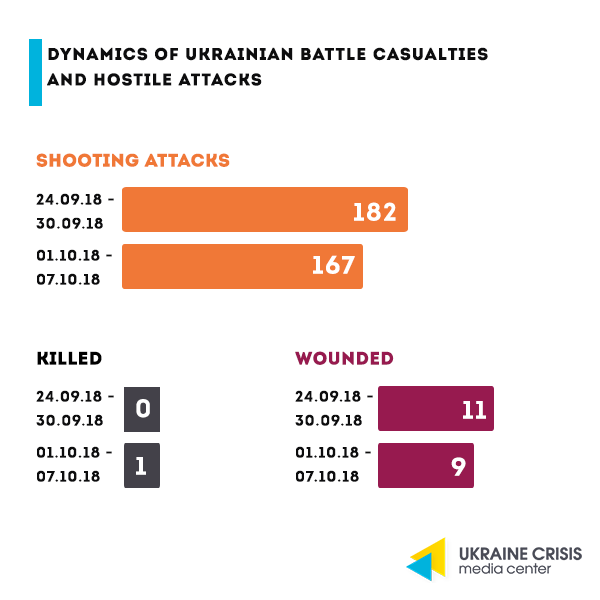 In the evening on October 1 Russia-backed militants made an attack upon Vodyane violating humanitarian law. Militants were firing upon the residential part of the village located in the Azov Sea area from 122-mm artillery as well as from 82-mm and 120-mm mortars. They fired a total of 31 artillery shells and 16 mortar rounds. The attack had the residential block not the positions of the Ukrainian Armed Forces as the target.

On October 6, 2018 Oleg Sentsov illegally sentenced in the Russian Federation to 20 years in prison, ended his hunger strike. The main reason for that became threats of force-feeding on the part of the Russian penitentiary authorities. Oleg wrote about it in the letter released on October 5. 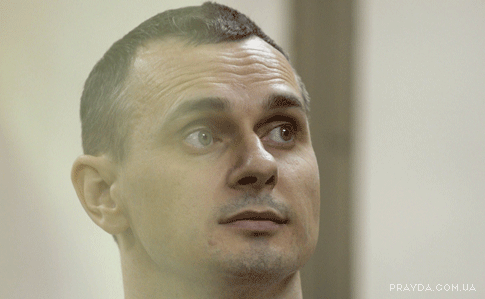 A letter to the sister: “they left me no choice”. In the letter that Oleg Sentsov wrote to his sister (cousin) Natalia Kaplan, he explained in a detailed way why he decided to stop the hunger strike. Kaplan spoke to Hromadske TV about it. “I have to end the hunger strike tomorrow. I have nothing to add to my open letter.They were supposed to start leading me out of it (the hunger strike – edit.) already last week but I postponed it a bit. The last examination showed that my internal organs ‘crashed’. My heart started suffering from arrhythmia and ischemia, my kidneys got sore and can fail anytime, my liver enlarged and started degrading; my intestine and brain – it’s all there. It’s disappointing to lose but they left me no choice. I don’t want to turn it into a humiliating show,” the film director wrote.

Is Oleg going to survive? “No one can say now if Oleg is going to survive,” his cousin Natalia Kaplan wrote on Facebook on October 5. “There’s very little left of his health. In addition to hypoxia, anemia and dystrophy he started having arrhythmia and ischemia, his kidneys are sore and may fail anytime, his liver is enlarged and has started degrading, he is having problems with the intestine and brain. And yes, the hunger strike would have been stopped anyway, the question is how – by torture or in an attempt to survive. Oleg chose an attempt to survive, I hope he will pull through.”

EU calls on Russia. The European Union addressing Russia in statement: “in addition to swift and appropriate medical treatment” of Oleg Sentsov said it “expects his immediate release, along with all illegally detained Ukrainian citizens in Russia and on the Crimean peninsula”. The statement was released by the Spokesperson of the European External Action Service for Foreign Affairs and Security Policy Maja Kocijancic. “Oleg Sentsov has shown incredible courage, determination and selflessness during his 145 days of hunger strike. His health has now deteriorated to a critical state,” the document emphasizes. “Oleg Sentsov was jailed for alleged activities conducted on the Crimean Peninsula, the illegal annexation of which by the Russian Federation he strongly opposes. The EU considers the case to be in breach of international law and elementary standards of justice,” the statement proceeds.

Penitentiary authorities on Sentsov. In an interview to the Russian newspaper “Izvestia” the deputy director of the Russian Federal Penitentiary Service Valeriy Maksimenko said Sentsov started writing a screenplay in the colony.

“He started writing a screenplay for the future film. It is about the life in prison and the prisoners. Inspiration does not leave him,” Maksimenko said. He also said that the medics of the colony are constantly monitoring Sentsov’s health condition.”

Languages in Ukraine: one more step to the new language law

On October 4 the Verkhovna Rada (the Parliament) of Ukraine passed the draft law no.5670-d in the first reading. The document reconfirms the official status of the Ukrainian language and foresees administrative and criminal responsibility over the violation of its provisions. The draft law was voted by 261 MPs. The discussion unfolded arround the administrative liability to be applied in case the law is violated. 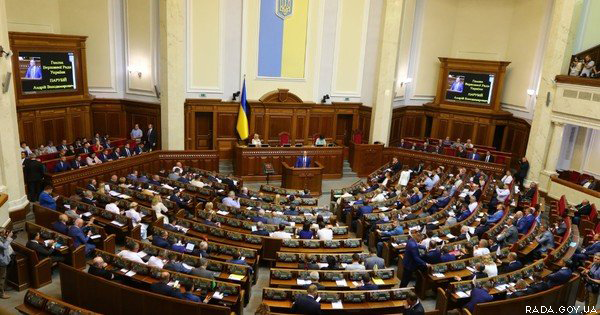 Language and citizenship.The draft law stipulates that all Ukrainian citizens as well as all citizenship applicants must have the necessary command of Ukrainian language.

Language and civil service. All civil servants as well as the heads of law enforcement agencies must have a good command of the official language. Good command of Ukrainian is also mandatory for deputies at all levels, judges, lawyers, university heads, medical workers etc. According to the law all sittings and meetings in the state agencies both at central and regional level must be held in Ukrainian.

Envoy on the state language protection. The law introduces a new post of the envoy appointed by the Cabinet of Ministers (the government) for the five-year term. The person will not be a civil servant, but the post itself will be harmonized with the salary level and social benefits of the Minister’s post.

Criminal and administrative liability. The document suggests introducing administrative liability for violation of the law relating to the use of the state language. If passed into the law the draft also introduces criminal liability for “public humiliation and disrespect towards the state language.” It will be similar to the one foreseen for disrespecting the flag, coat of arms or the anthem in public – a fine of 50 untaxed minimum salaries, a six-month arrest or imprisonment for up to three years.

To punish or not to punish? The debates in the session hall mainly concerned the methods that are suggested to be applied to the law’s implementation. According to the draft law there will be language inspectors subordinated to the envoy. They will be 27 and they will be appointed on the competitive basis from philologists and academic lawyers. These persons will be filing administrative protocols in case the law is violated. In addition to the language experts the newly created institution will have the secretariat. The agency will be overseeing the public use of Ukrainian language as the official one as well as will be addressing law enforcement with respective claims. The above provisions of the law were criticized by MPs from the Petro Poroshenko Bloc, they were subsequently excluded from the text prior to the voting. “The use of repressive methods forcing to learn and use the Ukrainian language is unacceptable for the east, south and south-east of Ukraine. (…) We will be supporting this big draft law, in case the provisions on inspectors that will control the command of Ukrainian language as well as other administrative measure of pressure and additional conditions not in line with the decisions and recommendations of the Venice Commission will be deleted,” MP Iryna Lutsenko of the Petro Poroshenko Bloc explained to the journalists.

To remind on February 28, 2018 the Constitutional Court of Ukraine recognized invalid the 2012 Law “On basics of the state language policy”. The law was widely known as the “Kivalov-Kolesnichenko language law”. The decision was made following the claim submitted by 57 MPs asking to check whether the law is in line with the Constitution.

The Kivalov-Kolesnichenko law came into force in 2012. In February 2014 the Verkhovna Rada annulled the law on regional languages, but back then acting president Oleksandr Turchynov refused to sign the document.

So the law remained in force until February 28, 2018. It foresaw the possibility of the official use of two languages in the regions where national minorities exceed 10 per cent of the overall population number. A series of regional- and local-level councils adopted Russian as the regional language. Same happened to Hungarian, Moldovan and Romanian in some western regions of Ukraine.

Read also: “The Truth Behind Ukraine’s Language Policy” and “Which language does need protection in Ukraine: Ukrainian or Russian?”

Art from behind bars: exhibition of Roman Sushchenko’s drawings

On October 5 the exhibition of works by Roman Sushchenko entitled “Art From Behind Bars” opened at Ukriform news agency in Kyiv. Sushchenko, Ukrinform correspondent in France, was sentenced to 12 years in prison in Russia under fabricated charges. 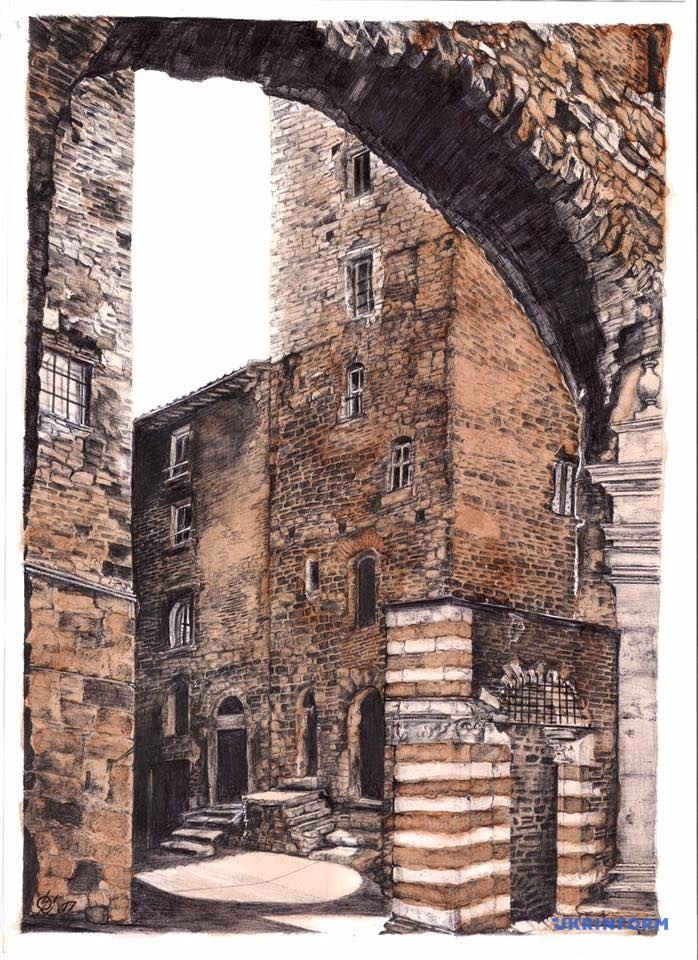 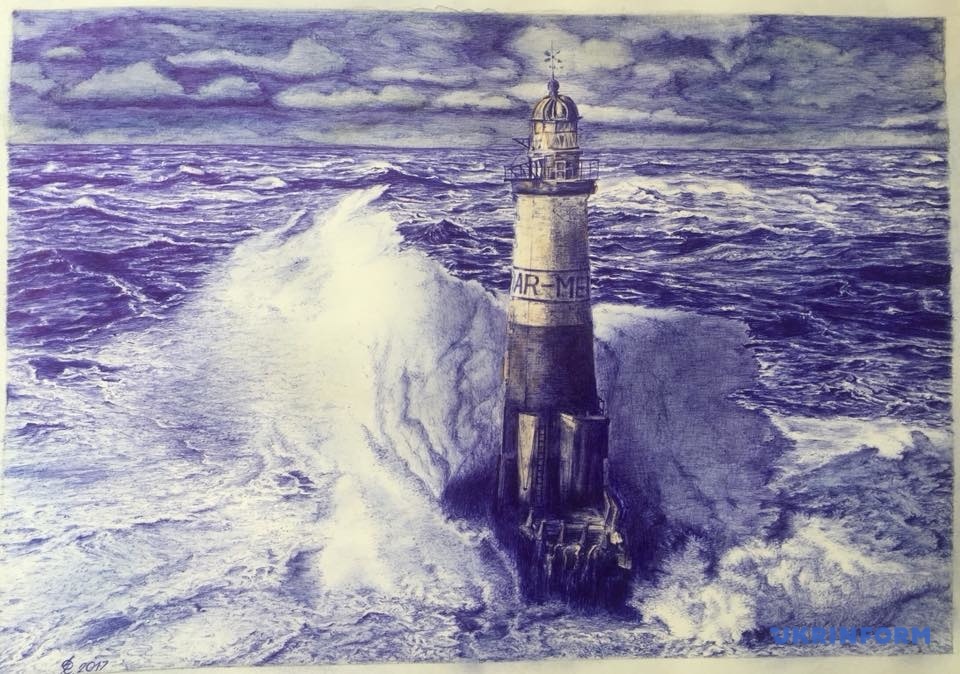 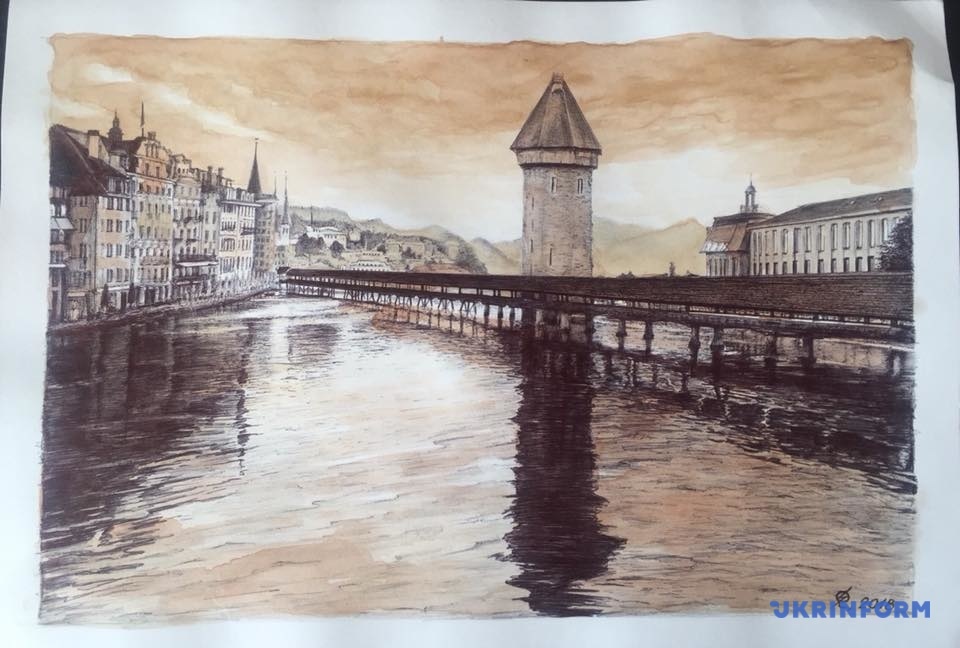 In two years spent in a Moscow jail the journalist sent over 20 drawings made with ballpoint pen, tea, pencil, onion skins, beetroot and ketchup, as according to the rules of the detention center the prisoners are not allowed to have drawing tools.