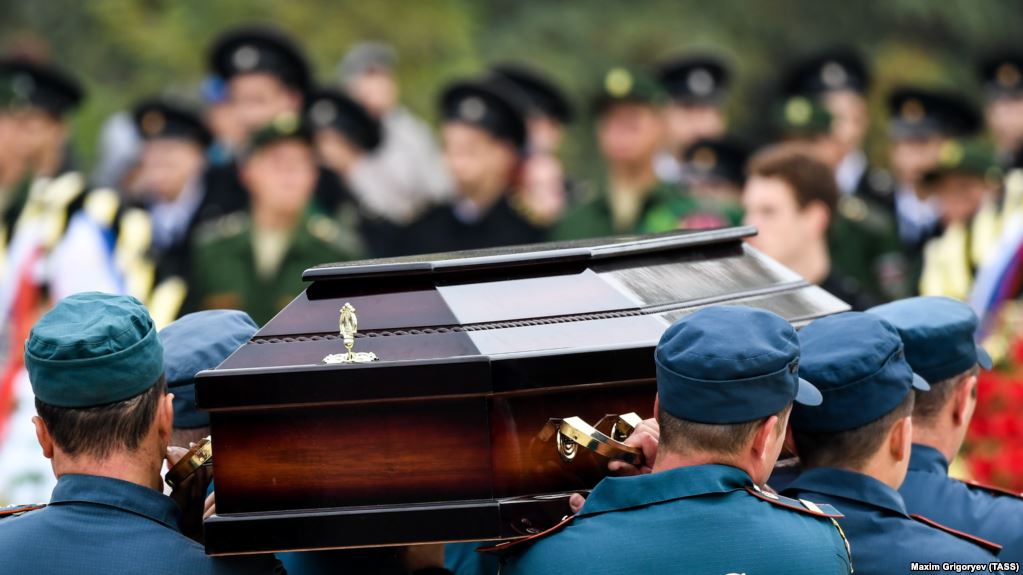 The deadly explosion and shooting at the Kerch college on October 17 that took lives of 21 persons and left over 50 injured made the annexed peninsula go on front pages of Ukrainian, Russian and international media as well as get on television prime-time yet again. Did Ukrainians take the Kerch shooting as a Ukrainian tragedy? How is it covered by Ukrainian and Russian media? What are the investigation-related doubts and what are these doubts symptomatic of? UCMC looks up the answers.

Sociologists reassure that Ukrainians keep considering Crimea a Ukrainian territory despite its illegal annexation by Russia lasting for four years and counting, despite the interruption of the railway connection and of the economic ties with the peninsula. According to a recent joint public opinion poll conducted by the Ilko Kucheriv Democratic Initiatives Foundation and the polling service of the Razumkov Center between August 16-22, 2018, the overwhelming majority of Ukrainian citizens (69 per cent) are of the opinion that Crimea has to further remain part of Ukraine. Twelve per cent of the respondents support the idea of Crimea being a separately governed unit, while four per cent consider it belonging to Russia.

The question of national mourning after the Kerch tragedy

Both public reaction and media coverage of the Kerch tragedy demonstrated that Ukrainians do not perceive the college shooting as a Ukrainian issue. One of the most widely-discussed questions that followed the Kerch tragedy was announcing the national mourning as a solidarity gesture. Despite the discussion on social media and some civic initiatives that commemorated the victims, no national mourning for the victims of the Kerch shooting was announced in Ukraine, even though Ukraine should have possibly done it. “A tragedy that is so horrible and large-scale could have been commemorated by the nation-wide mourning. On the one hand the mourning could have become an act of emotional solidarity with Ukrainian citizens who are forced to live in the occupied Crimea, on the other hand it would have sent an unambiguous signal to the entire civilized world that Ukraine remembers its 2,5 million citizens,..” journalist Pavlo Kazarin told “Krym.Realii” (Crimean Reality).

Read also: “What we know and don’t know about the Kerch college shooting”

A security issue: Columbine followers as a Russian subculture

Another sign attesting that Ukrainians did not take the college shooting in Kerch as their own problem is no panic and nation-wide discussion about security in Ukrainian schools that came after. Tragedies of a kind have never happened in Ukraine, while in Russia such cases were recorded. 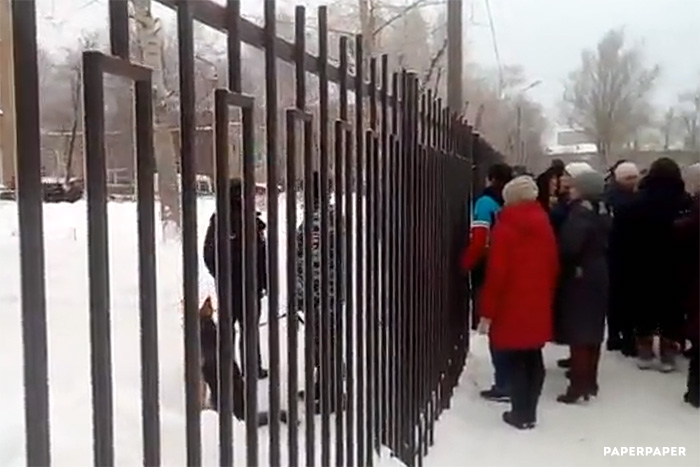 The first school shooting in Russia became the incident of February 3, 2014 when a student of the ninth grade shot dead a geography teacher in his school and was holding his classmates in the room, he then opened fire at the police team that arrived. A junior police officer was shot dead and one of the patrol policemen was seriously wounded. The attacker then surrendered: his father who had arrived on the spot talked him to do so. In 2017-2018 at least 15 shooting incidents and seven conflicts with the use of knives and other sharp objects were recorded in Russia. They took the lives of three students, two teachers and a policeman. The Kerch tragedy resulting in 21 victims has become the deadliest school shooting if measured on the Russian scale as well as in Europe.

Back in 2018 after another tragedy in a Russian school, Russian media Snob published a research article about the Columbiners’ subculture in Russia – teenagers who are fond of the story at the Columbine school. “According to the admins of the social media group interviewed by Snob, there are at least 30 thousand Columbiners in Russia. ‘There are at least ten most popular VK groups. Each one has 3-4 thousand followers on average, excluding the ones following several groups,’ explains Sergey (the name has been changed at the person’s request), admin of such a group. ‘According to the most modest estimations, they are 30 thousand,’” the media claims. Not all Columbiners are potential killers, most are just showing interest in the “forbidden themes”.

While thePresident of the Russian Federation is blaming the Kerch tragedy on “globalization”, many in Ukraine are convinced that if not the annexation of the peninsula in 2014, it would not have happened. Taken alone the fact that the 18-year old Vlad Roslyakov responsible for the tragedy in Kerch received the official permit for the weapons possession shortly after reaching the age of majority (which is 18 in the Russian Federation), while in Ukraine the law is stricter: Ukrainians can become weapons possessors at 21 and can only own hunting weapons. 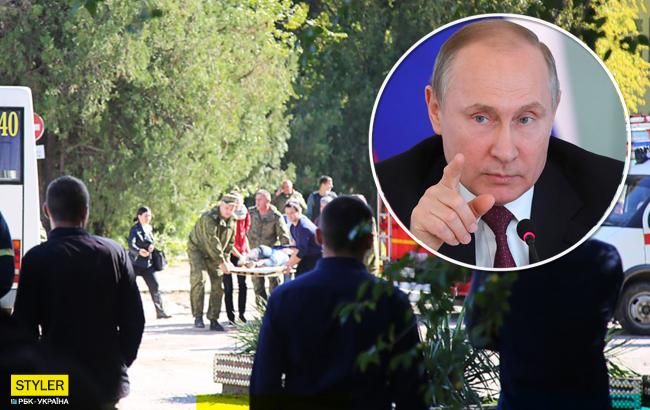 Moreover the overall militarization of the peninsula after the annexation, the presence of the military and of weapons could have played its role. “No one is really safe from these tragedies (…). It may happen in any country,” commented Oleksiy Haran, professor of political studies at the National University of Kyiv-Mohyla Academy on air of “Krym.Realii”. “But the actual atmosphere in Russia, the one of “a fortress” that is in try to be seized by all and that must be repelling all offenses, leads to militarization, encourages hatred to the neighbor, to other nations, other confessions. It is apparently creating respective background. If the children are being brought up on military parades and military ‘school shows’ where they are marching with weapons, playing with weapons, holding weapons to the heads of their peers. It is obviously creating respective atmosphere.”

Doubting the investigation and media manipulations. No independent investigation in place with international experts involved adds even more doubts to the results that are being released by the FSB-led investigation (Federal Security Service of the Russian Federation). The video from the college surveillance cameras aired by “Vesti. Krym” Russian TV channel raised a lot of questions and was taken down a few hours after without any explanation. Another Russian TV channel Rossiya 1 in the “60 minutes” show dedicated to the Kerch shooting aired an audio interview with a person who was titled as Alina Kerova, a college student who had allegedly witnessed the bloody events. It later became known that the actual Alina Kerova was one of the victims of the shooting and was already dead when the show went on air. The fake was unveiled by Dozhd TV correspondent Maria Borzunova.

Ukrainians do believe that the change of the authorities in Russia (39 per cent of the interviewed), reinforcement of the pressure on Russia by means of sanctions (32 per cent) as well as the quality of life increase in Ukraine itself (31 per cent) may get Crimea back to Ukraine. The return of the peninsula by force is supported by only 10 per cent of the interviewed, this number decreased from 14 per cent previously recorded in May 2016.

Despite everything the optimistic take prevails over the pessimistic one when it comes to the prospects of having Ukrainian control over Crimea reestablished: 48 per cent of Ukrainians consider these prospects real, while 36 per cent don’t. At the same time five per cent are convinced that having Crimea back into Ukraine is possible in the nearest perspective.