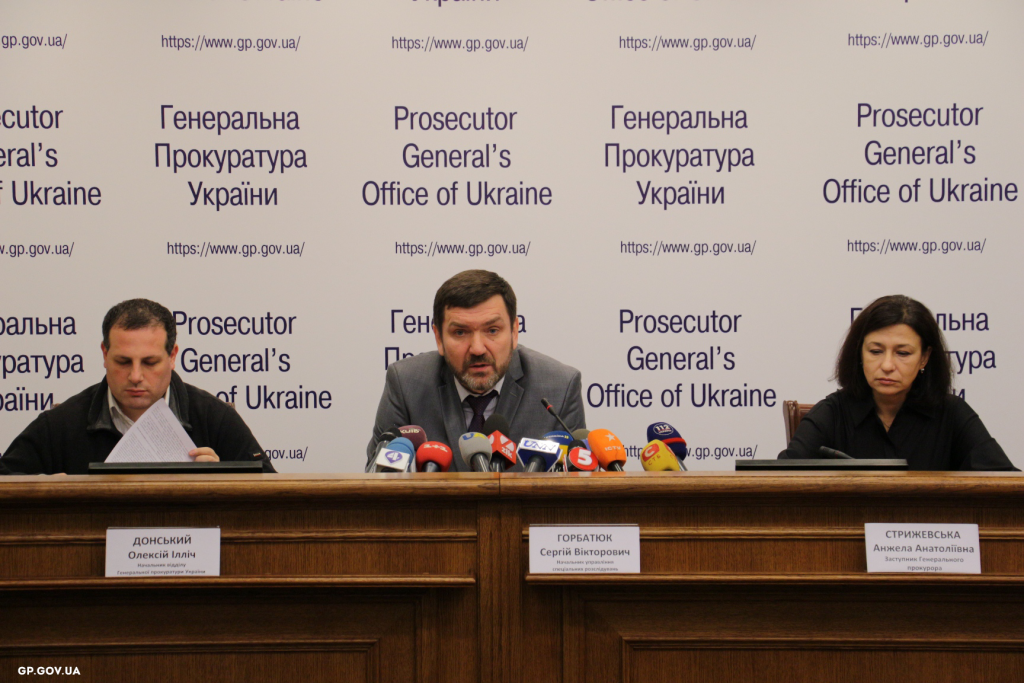 It’s been five years that the country is expecting for the justice to come: that those responsible for the death of Heaven’s Hundred are prosecuted. On November 21, 2018 Head of the Directorate for special investigations at the Office of the Prosecutor General Serhiy Horbatyuk gave a press briefing and talked to media. He was also invited to speak on air of Hromadske TV where he gave an insight on how the investigation of Euromaidan crimes is advancing. UCMC is herewith citing key figures and statements that he made.

4700 crimes, 442 suspects. The overall number of offenses during Maidan reaches 4700. The majority of them are already being investigated, Horbatyuk said. Four hundred and forty two persons have been charged. Indictments concerning 279 persons have been sent to courts.

“We have identified the circumstances in which these crimes were committed. At best we have identified executors, organizers, masterminds and accomplices including the so-called mid part of the chain through which the orders were passed,” the official said.

According to Horbatyuk over 15 thousand persons are being currently checked upon for their involvement into the crimes in question, this number includes law enforcement staff.

52 sentences, nine persons jailed. Horbatyuk said that 52 persons have been found guilty in the crimes against Maidan. “They were convicted. Sentences were issued. Nine persons have been sentenced to prison,” the representative of the Office of the Prosecutor General said. Thirteen persons are under arrest. “They could have been much more, but as you see the cases are frequent when judges change a pre-trial measure even for the persons charged with three murders and 33 assassination attempts, the latter following the change of the pre-trial measure in April 2017 fled Ukraine,” Horbatyuk said. 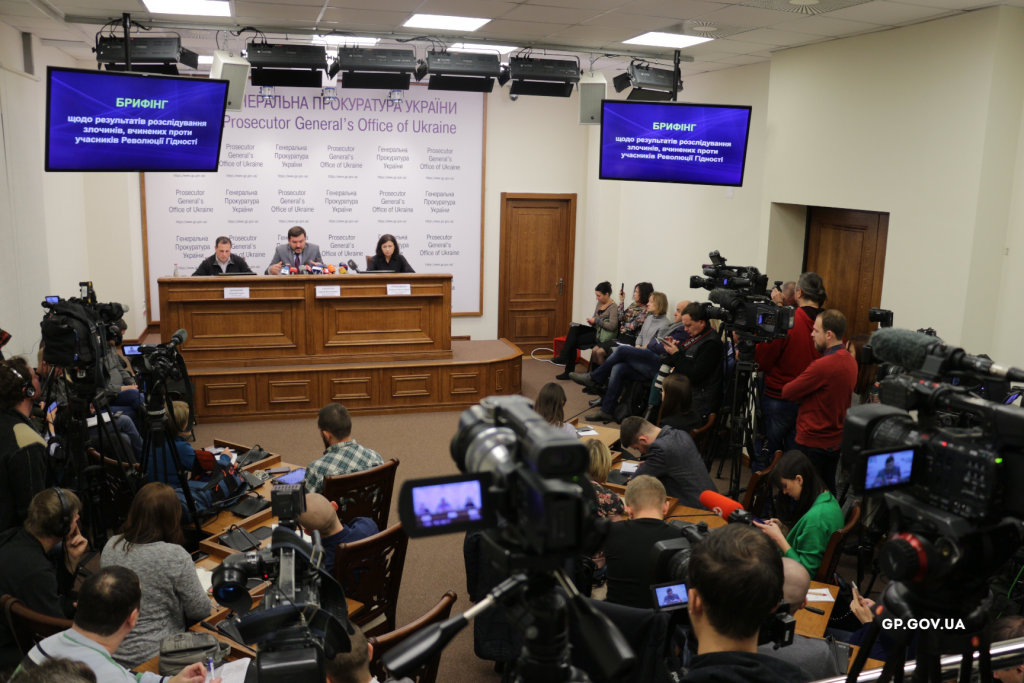 Acquittals.Nine acquittals have been issued in the cases on Euromaidan crimes, the Office of the Prosecutor General reported.

Murder cases.According to the representative of the Office of the Prosecutor General, 56 persons have been charged in murder cases of 73 protesters, “starting from the former head of the state and ending up with junior-level law enforcement staff charged with the use of weapons or beating of the protesters that caused their death.”

Berkut officers in the new police. Five years after the crimes were committed about 30 per cent of the then Berkut (riot) policemen are still serving. According to the Office of the Prosecutor General, among them are 20 indictees, nine of whom are on high-level positions. Prosecutor’s Office directorate head Horbatyuk also said that 33 persons – suspects in the Maidan cases continue their service with law enforcement agencies. The Ministry of Interior however does not see the grounds for their dismissal until the conviction is issued.

Why is it going so slowly?

There are several reasons why investigation of the Maidan crimes is advancing much slower than the Ukrainian society would want it to. Serhiy Horbatyuk names lack of personnel at the Office of the Prosecutor General, drastic lack of swift examination and resistance of law enforcement system as the main reasons for that.

Lack of personnel at the special directorate within the Office of the Prosecutor General. Horbatyuk noted he is being constantly asked why no results are coming. “A total of 4700 episodes of the crimes committed are being investigated. Over 4100 of them are within the responsibility of investigators of the Prosecutor General’s Office, they are 46 and the specialized unit has 33 prosecutors.” He added that huge work has been done so far. “There are results. They are tangible. Main part of the work is done so far,” he elaborated.

Slow examination. Institutes for forensic examination in Kyiv and Kharkiv are employing just one ballistic expert each. It causes serious delays with ballistic tests, said Serhiy Horbatyuk on air of Hromadske TV.  “Indeed there is a lack of experts. It is a situation that is felt not only in Maidan cases. (…) We order (the tests), we are writing requests, we are mentioning that it is important for us to get these tests done in the fastest way possible. But they do not speed up…” Horbatyuk said.

“It so happens that the investigation against ‘titushky’ concerned a particular episode, it makes it possible to finalize (the investigation – edit.) and get to the sentence quicker,” the official explained.

The official is also of the opinion that investigation of the Maidan cases should be changing this system.

“Meaning to demonstrate that execution of orders will lead to imprisonment, to conviction. It should not allow abusing the way law enforcement is managed. When responding to your illegal order your subordinate will say: ‘Wait, but there is the law on police, here is the Constitution, I am not doing this.’ Then there will be no chance left to get any illegal personal gain. I am convinced that currently law enforcement management has no will for the system to change,” Horbatyuk elaborated.