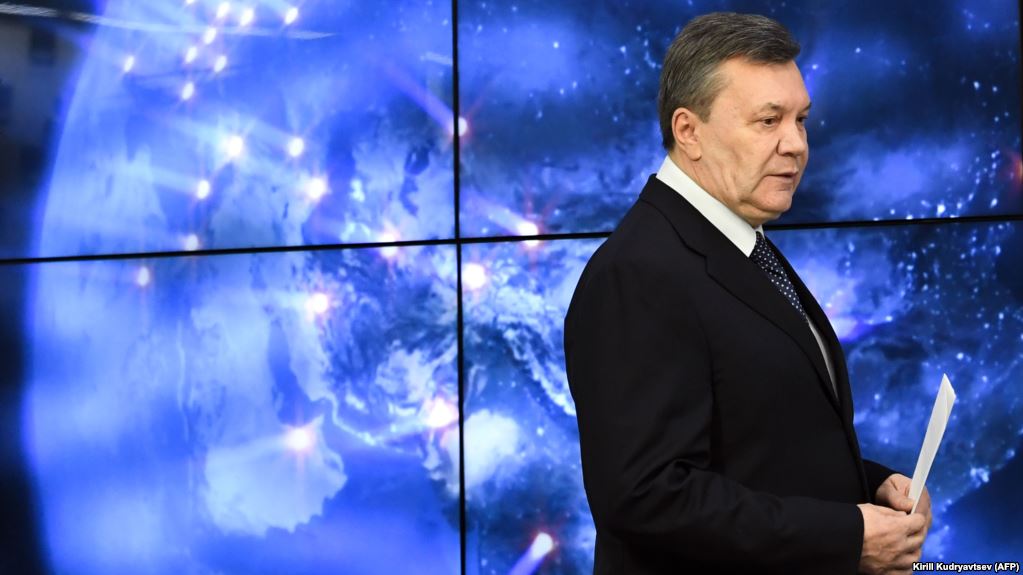 It took Ukraine five years to get close to issuing a sentence for its former President Viktor Yanukovych. The trial lasted for a year and a half comprising 89 court hearings. On December 5, 2018 before upholding the sentence the judges went to the consultation room. It is yet unknown when the sentence will be issued. Hromadske TV gives key facts on the year-and-a-half long trial of the former President. UCMC picked the principal statements of the article.

Yanukovych is facing charges of treason, complicity in waging an aggressive war and in intentional actions to have the territorial borders and Ukraine’s state border changed. Prosecutors are asking for the maximum sentence for Yanukovych – 15 years in prison.

First cases against Yanukovych were started back in 2014, several days after he fled to Russia at night on February 22. The new chiefs of the Office of the Prosecutor General charged him with organizing mass killings on Maidan on February 18-21. The case has not been sent to court yet.

In 2016 Ukraine’s former President was charged with treason. The charges were brought basing on the letter that Yanukovych sent to the Russian President in 2014 asking Vladimir Putin to send the troops to Ukraine’s territory.

Putin used the letter as an argument for the “legitimate” annexation of Crimea in March 2014. On March 1 the Russian President got approval from the Federation Council to send Russian troops to another state. On March 3, 2014 the letter was read out by the then-Permanent Representative of the Russian Federation to the UN Vitaliy Churkin. The letter said the power in Ukraine was taken illegally and the lives of people were threatened. So Yanukovych was asking Putin “to use the Armed Forces of the Russian Federation to restore the rule of law, peace, order, stability and protect the citizens of Ukraine.”

In 2015 Putin for the first time openly recognized that Russian military were in Crimea during the annexation. He said Yanukovych also approved the “appointment” of Sergey Aksyonov as the “head of the Republic”. So the “referendum” decision was presented as legal by the Russian President.

Evidence of the Office of the Prosecutor General

The main argument is the letter in question of Yanukovych to the Russian President. The Office of the Prosecutor General is of the opinion that the former President gave the green light for the annexation of Crimea.

At first Yanukovych called his address to Putin “a statement”. On March 2, 2018 he and his lawyer gave a press conference in Moscow where they showed another letter to the Russian President saying that the “statement” on deployment of the troops was an annex to it. In the new letter Yanukovych was suggesting to Putin to hold bilateral consultations and “discuss the possibility of the use of some units of the Russian Federation Armed Forces to restore peace and order in the territory of Ukraine.”

How was the trial going?

The trial of the former President started on May 4, 2017. In April the Verkhovna Rada (the Parliament) of Ukraine passed the amendments to the Criminal Code that allowed for the trial in absentia of the defendant. Yanukovych has been in Russia since 2014.

Since the beginning the court sittings were constantly being rescheduled – most often resulting from no-show of Yanukovych’s lawyers or defense witnesses. A total of 89 court sittings took place over a year and a half. In June 2017 Yanukovych stated that he does not want to take part in the trial and is calling his lawyers back. The court ruled to provide the runaway president with a public lawyer. Nevertheless six months after Yanukovych’s lawyer Vitaliy Serdyuk – the only one that worked from the beginning till the end of the trial, took over the case.

Who testified against Yanukovych? 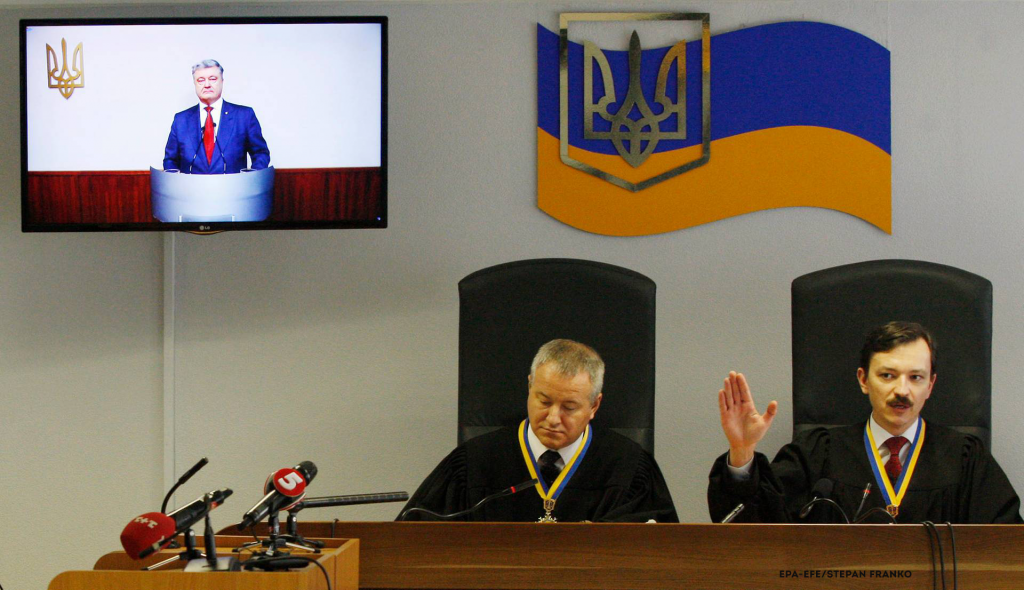 Many witnesses were interrogated during the trial including Ukrainian officials: the Minister of Interior Arsen Avakov, former Prime Minister Arseniy Yatsenyuk, Head of the National Security and Defense Council Oleksandr Turchynov (who served acting President in 2014) and the President Petro Poroshenko. Their testimony concerned the fleeing of Viktor Yanukovych in February 2014, while his defense is reassuring that Yanukovych did not flee the country but “temporarily left it” due to the threat to his life.

Voronenkov was killed in downtown Kyiv on March 23, 2017. His testimony to the Office of the Prosecutor General in the case is unknown. After his death the testimony became invalid.

No last word in court: what is Yanukovych saying?

He is denying the treason charges. According to the Ukrainian legislation, the runaway president can say his last word in court – the possibility Yanukovych himself was asking for several times. A video conference was supposed to be set up in court for this purpose.

Yanukovych was supposed to pronounce his last word in court on November 19, 2018. According to his defense, one day earlier he got a back trauma and could not make it into the court sitting. It was postponed until December 5. One day before the new sitting the lawyers said Yanukovych needed treatment in an Israeli hospital. On December 5 during the court sitting the lawyers were saying the same thing – Yanukovych is in hospital where no video connection is possible.

The defense provided the court with medical certificates re the health state of Yanukovych but the judge found them not convincing. So on December 5 the judges went to the consultation room to decide upon the sentence.

Possible development of the events

Appeal to the European Court of Human Rights. Yanukovych and his defense were saying that should the court find the defendant guilty, they stand ready to file an appeal to the European Court of Human Rights. On December 5 Yanukovych’s lawyers said that their client was not provided with the due right to counsel. According to the lawyer of the “Heaven’s Hundred” families (families of the activists killed on Maidan) Vitaliy Titych, this defense tactics may be successful at the European Court of Human Rights. According to Titych Yanukovych’s defense has all chances to win the appeal at the Court, the former President will become a “politically persecuted person”. In its turn it may produce an impact on other cases against him, in particular, on the case on organizing the Maidan killings.

Selective prosecution. Head of the Department for special investigations of the Office of the prosecutor General Serhiy Horbatyuk says that any court decisions concerning former civil servants made in absentia may be revoked by the ECHR. He explains that the law contains signs of selective justice – the Prosecutor General Yuriy Lutsenko was openly saying that the law was being approved for Yanukovych and his runaway allies.

The probability of Yanukovych actually serving his term is little. It is quite unlikely that Yanukovych in case he gets convicted will actually serve his term in prison. Russia has not joined the European Convention on the International Validity of Criminal Judgments and thus cannot transfer the runaway president to Ukraine.

For the time being Yanukovych may freely travel the world, international warrant has not been issued for him. Interpol removed him from their wanted persons list on July 3, 2015.

When the court is going to make the decision is yet unknown as the case has about 100 volumes. It may take it from several weeks to even several months.