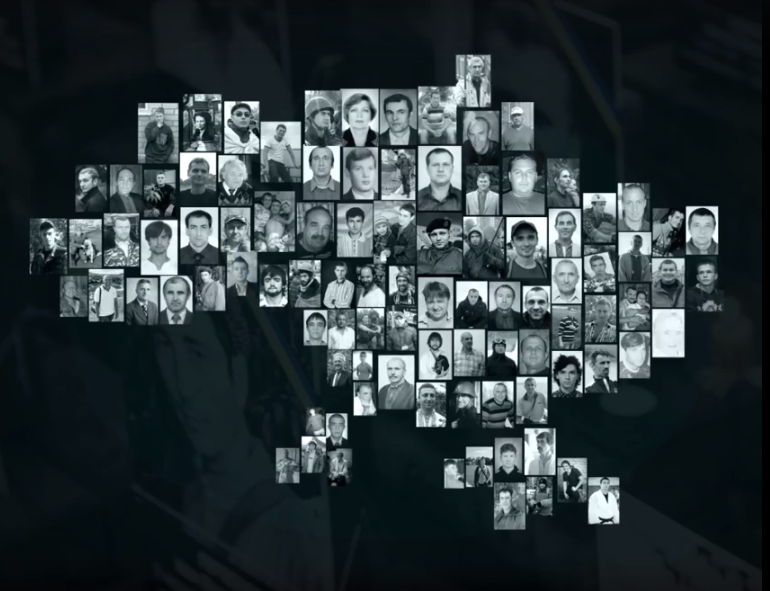 On February 18-20 Ukraine remembers the three bloodiest days of Maidan protests. In those days dozens of Maidan activists later called “Heaven’s Hundred” were killed. Year after year these are the days when Ukrainian media interview Serhiy Horbatuyk, head of the Department for special investigations at the Office of the Prosecutor General – the unit investigating the Maidan case. Ahead of the 5thanniversary of the killings Horbatyuk gave an exclusive interview to the Ukrainian TVi channel. He spoke of what is known today as well as of who is impeding the course of the investigation into the crimes on Maidan. In the below material UCMC highlights main findings of this talk.

Did Yanukovych give the order to shoot?

One of the questions the answer to which is crucial to the Ukrainian society and Ukraine’s international partners is whether the order to shoot at the protestors was issued by Yanukovych. Recently the trial of Yanukovych came to a close – he was found guilty of treason and sentenced in absentia to 13 years in prison. The case featured no evidence of his personal involvement into the Maidan killings.

At his recent press-conference in Moscow Yanukovych repeated again that all the buildings with snipers on the roof were controlled by “the opposition”. He keeps insisting on this version even after the sentence is issued and does not recognize that those orders were given by him.

“He is in the status of the suspect to have organized the killings. It should make us skeptical enough about his testimony. Had he the proof of his innocence, he would have come to Ukraine and defended himself,” Serhiy Horbatyuk told TVi.

“There is an episode illustrative of his intention to find the truth. Back in November 2016 he was interrogated by the Svyatoshynskyi district court (of Kyiv) as a prosecution witness in the case of five Berkut riot policemen charged with the shooting of activists on February 20, 2014. (…) After he testified in court, he stated at a press conference that the charges are not based on real circumstances and were falsified. He also said that he can prove it: he claimed to allegedly have three volumes (of evidence) and the fourth one is almost ready. He will immediately submit those materials to the investigative authorities so that they include them (into the case), he said. Two years have passed since then (…),” Horbatyuk said. Yanukovych has not provided this evidence to anyone so far.

Moreover the mechanism for finding someone guilty is complex, as those who were implementing Yanukovych’s orders are in Russia as well, Horbatyuk said.

“It is not possible to interrogate them. However there is a number of indirect evidence pieces including reports, phone calls during these events (by both state and mobile communication system) and him not reacting in the least. If the President had not issued such an order, he would have been supposed to, so to say, “rend” those law enforcement staff because they let it happen. He did have all the powers to react quickly. A series of such episodes result in the prosecutor’s statement that it was organized by Yanukovych. It is an assumption. The affirmation can be made only after the court says: ‘Indeed, you, investigators and prosecutors, have proved that it was like that.”

How to hold liable the Berkut riot policemen who fled to Russia?

A big number of those who were killing the protestors on February 18-20, 2014, are in Russia since a long time. Can they be held liable? Serhiy Horbatyuk responds:

The Department chaired by Serhiy Horbatyuk cannot get answers from Russia.

“We are sending them requests saying that if they are reluctant to extradite them, at least do present them the charges and interrogate them so that they testify about the crimes they are incriminated with. Russia refuses, we resend the requests again writing that we do it to secure the rights of the suspects. The person must be aware that there is an ongoing investigation into them based on certain articles. We sent the requests three times, each time we were refused with the explanation: ‘it damages the national security’.”

Why some of the suspects are still working in Ukraine’s law enforcement?

According to the information voiced by Horbatyuk, about three dozens of law enforcement staff members charged with the Maidan crimes, are still working in the law enforcement system, about ten of them – on leadership posts. “Why isn’t it investigated properly?” – is one of the questions that not just the families of the killed activists (Heaven’s Hundred) but the whole society is demanding the answer to.

“Back in those days there were 20 thousand law enforcement staff members on the streets of Kyiv. They are both suspects and witnesses. They saw who was shooting (…) We almost don’t have their testimony, only a few testified, in the majority of the cases it happened when they could possibly be held criminally liable or when already in custody. (…) The fact that they are still employed is a certain message from the leadership of the Interior Ministry: ‘Guys, I value those of you who serve faithfully’ meaning ‘I don’t care about these investigations’,” Serhiy Horbatyuk explained in the interview.

He is convinced that by covering the suspects the leaders of the law enforcement agencies try to preserve their personal control in the system management.

“It means that there are three persons responsible for public security in Ukraine – the suspects in the Maidan crimes that caused more than 300 victims including organized killings. The informal approach is the following: ‘As soon as there is a sentence – we’ll dismiss them from their posts. Until then no, they are important for the system,” Serhiy Horbatyuk claims.

Why the cases do not reach courts?

To finalize the trial of those who ordered the crimes, Ukraine’s legislation needs to be amended. The Office of the Prosecutor General cannot pass to court the materials of the criminal proceeding on the organizers of killings of Euromaidan participantsuntil the Verkhovna Rada (Ukraine’s Parliament) amends the legislation on the trial in absentia.

The problem is the suspects are hiding from justice in the Russian Federation and thus should be tried in absentia.

According to the actual legislation, issuing the international search warrant for the suspects is a mandatory condition to try them in absentia. However Interpol is putting neither former president Yanukovych guilty of treason, nor his accomplices on the international search list motivating the refusal with the possible political motives behind this criminal persecution.

“Since the State Bureau of Investigation started their operation, the procedure of the trial in absentia is no longer in force. The possibility to hold the process now is actually blocked,” Horbatyuk said.

He added that to unlock the process the Verkhovna Rada has to amend the legislation on trial in absentia.