As only a few weeks are left until the presidential elections, Ukrainians keep discussing the candidates and their programs. Each one is suggesting his/her own way of solving the problems that the country is facing, including the ones coming from the outside – Russia’s aggression that has been on for five years, and domestic ones dominated by corruption. The latter came again into the spotlight following the recent journalistic investigations into embezzlement in the defense sector.

At the same time not everything depends on the results of the Presidential elections. There are concrete positive changes already happening to Ukrainians. Big part of them result from the decentralization reform.

The decentralization reform that kick-started in 2014-2015, passed considerable part of powers, resources and responsibility from executive bodies to local self-governance units. This policy is based on the European Charter of Local Self-Government and on the international best practices in this area. Thus, between 2015 and 2018 878 amalgamated territorial communities (hromada) were established in Ukraine, their population amounts to nine million people, and counting. 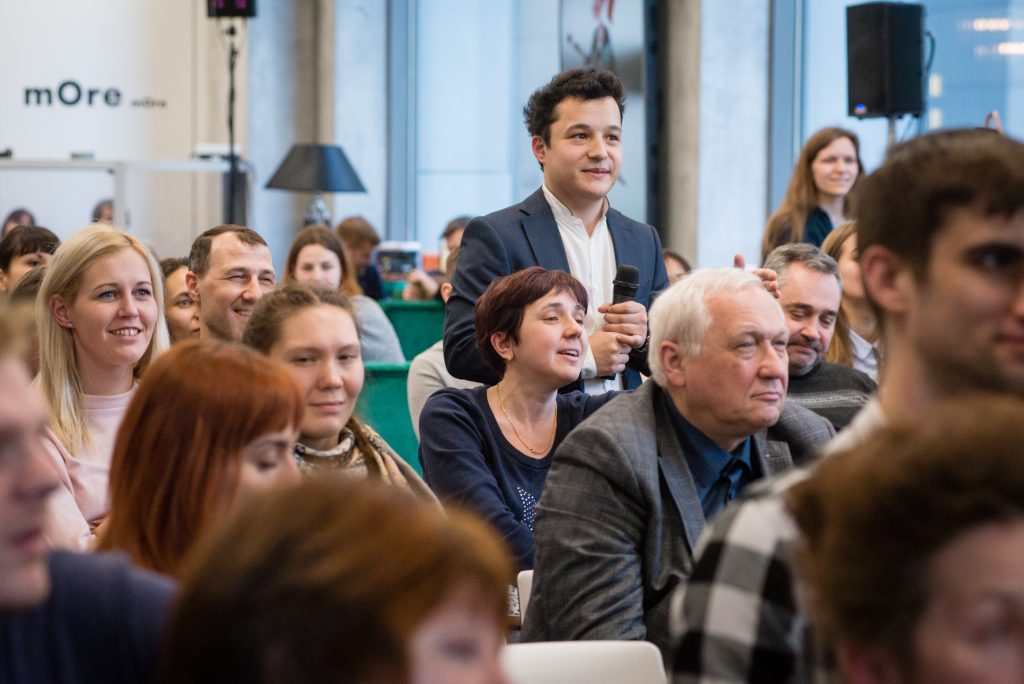 These changes also extended to financial decentralization – over the past years local budgets in Ukraine increased by UAH 165,4 billion (USD 6,2 billion), growing from UAH 68,6 billion (USD 2,6 billion) in 2014 to UAH 234 billion (USD 8,7 billion) in 2018. Financial resources and new powers create a situation when the majority of the basic needs that Ukrainians have (including education, healthcare and infrastructure) are met at local level. They depend on the President’s name to a lesser extent than several years before.

Last year the team of the UCMC’s Uchoose project developed an online game suggesting to the players to take up the role of the President, an MP or a city mayor. The game was to help combat populism.

Following the massive popularity that the game had and positive feedback coming from the target audience asking to extend it (design more characters), the team had an idea to develop a new game called “My Hromada” (Moya Hromada). The user can choose the role of the hromada head – a newly established position within the structure of local authorities, largely popularized and much questioned in course of the reform implementation.

In late February 2019 Uchoose launched a new game – this time the gamer becomes the virtual head of a hromada and throughout the term is responsible for the hromada deciding on an array of issues concerning its development.

The players are introduced to hromada’s problems in the humoristic form, they will have to make the decisions that are to affect security, regional cooperation, their ranking and the budget as well as adhere to the law. Various characters will be paying a visit to the players offering them attractive promises and rational suggestions, the virtual hromada head should accept or decline them.

If one of the figures (budget, legality, ranking, regional cooperation or security) hits zero, the game ends. The defeat is of both the player and his/her hromada. If the player manages to hold on to the end of the term, the number of points gained will show how successful it turned out to be.

The target audience of the game is young people, in the first place.

Astrid Kohl, Head of Communications, Dialogue and Networking at “U-LEAD with Europe” says the game aims at engaging young people in the decentralization reform, so that they understand it. The game is very up-to-date and funny, its characters are catchy, she proceeds. Astrid is convinced that there should be a dialogue with the young and it should go different ways. She added that the goal of the decentralization support is to increase the understanding of the reform and the game is one of the ways to achieve that.

The game is also legally educating – it gives an insight into the powers of the hromada head, shows how actions transform into results and what issues are of strategic importance. 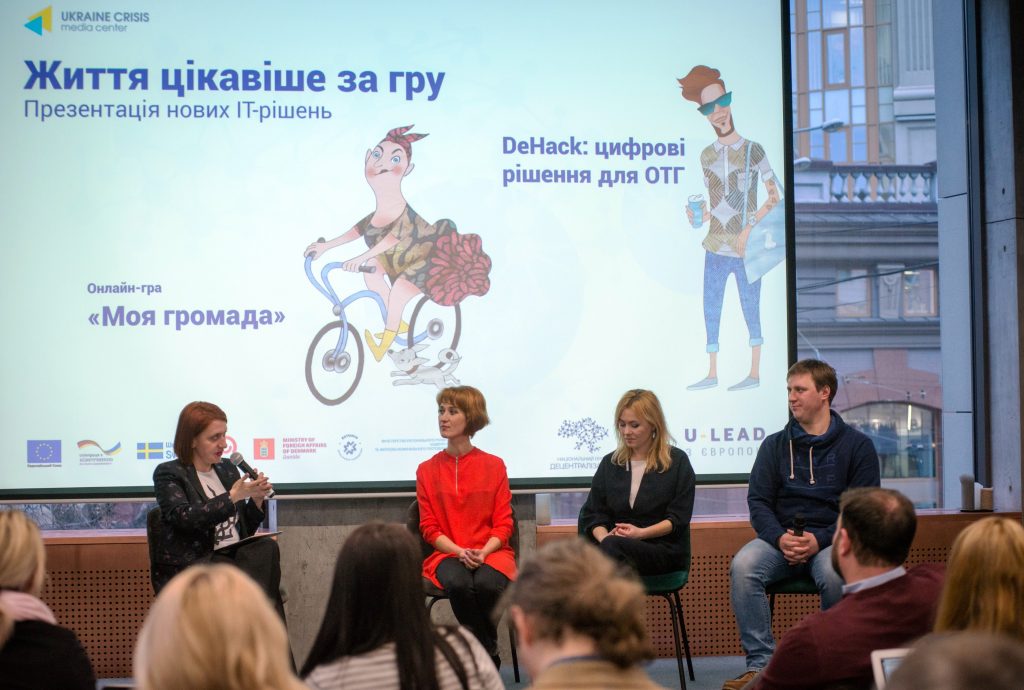 “My Hromada” also clearly shows that corruption and abuse of power neither result in winning the game, nor build an efficient hromada.

“The game demonstrates the cause-and-effect link. Each action the player is making has its consequences, so it’s very important to turn the critical thinking on. By trying on the role of the hromada head the player gets to understand that efficient work requires that a big number of issues as well as the interests of various target groups are respected. It’s not easy,” said Olesya Drashkaba, leader of UCMC’s UChoose project.

Over 30 thousand users played the game in first two weeks after it was launched. Many of them are young people, the project’s target audience.