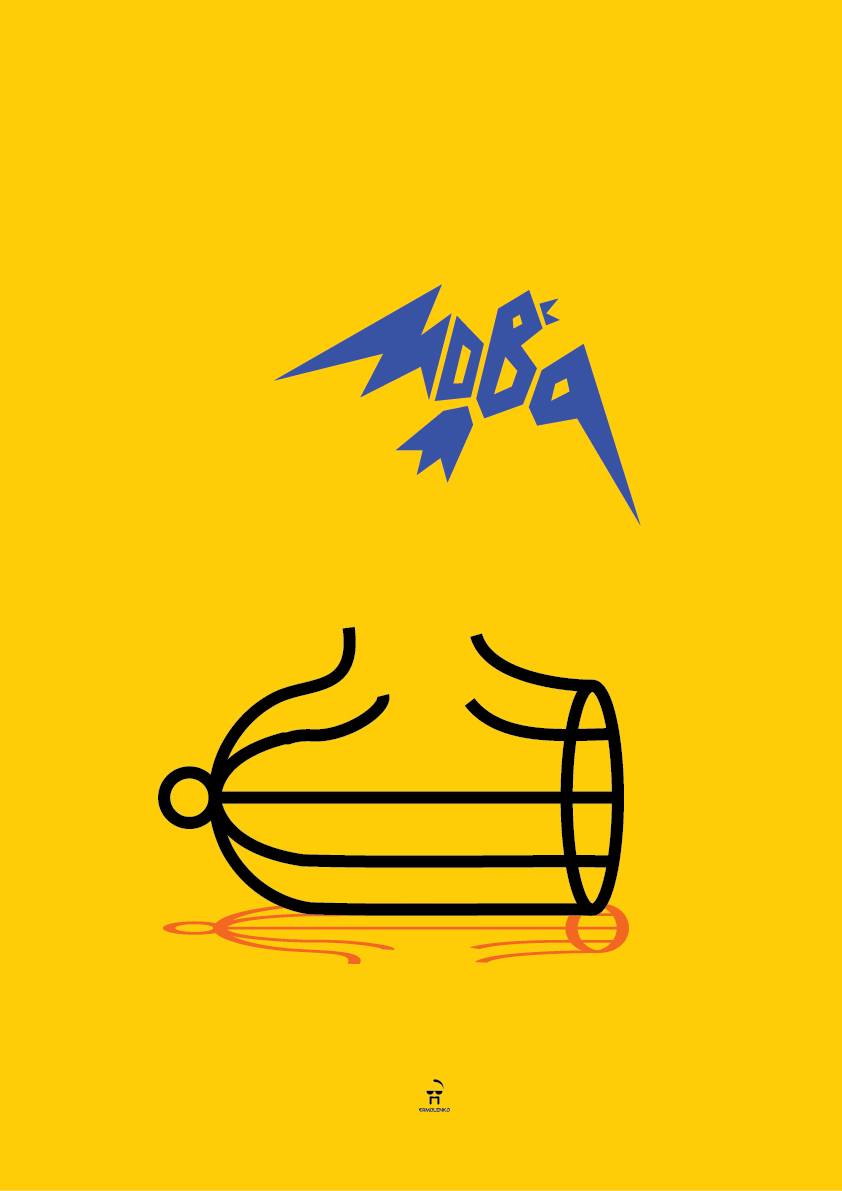 On April 25, 2019 Ukraine’sParliament passed the draft law no.5670-d “On ensuring the functioning of Ukrainian as the state language” widely known as simply the “language law”. A total of 278 MPs voted in favor of the bill, 38 – against, seven abstained on the vote. The entire “Opposition Bloc” faction did not vote at all.

The law strengthens positions of the state language in Ukraine, so the vote on the bill was dubbed a “historic decision” by the MPs, officials who supported it as well as by common Ukrainians. Meanwhile the opposition blamed on the parliamentary majority that the law in question is allegedly “dividing the country”. 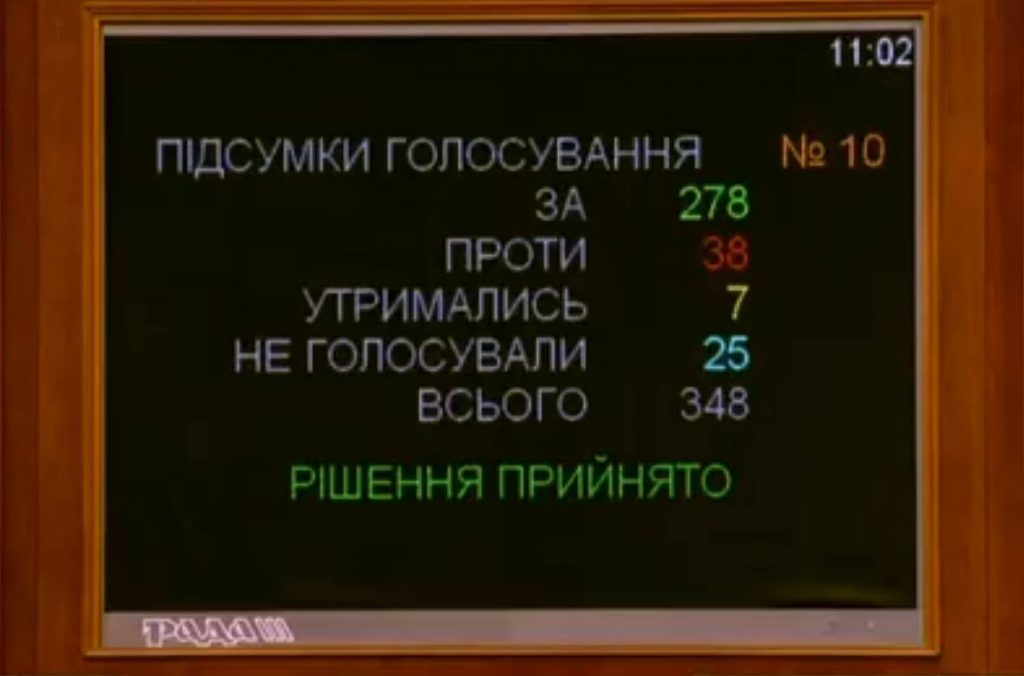 1991 – 2012: The official status of the Ukrainian language is guaranteed by the Constitution. Details of the language use in different areas are stipulated by a separate law. Until 2012 it used to be the Soviet-time law “On languages in the Ukrainian Soviet Socialist Republic”.

2012:The so-called “Kivalov-Kolesnichenko” language law was passed. It laid ground for official bilingualism in the regions where national minorities exceed 10 per cent of the population. A series of regional and local councils recognized Russian as the official regional language. In some western regions Hungarian, Moldovan and Romanian also received the regional language status. The law further limited the use of the Ukrainian language even compared to the Soviet-time law and favored russification, experts say supported by quite a number of Ukrainian politicians. Adoption of the law caused large-scale protests.

February 2018: Ukraine’s Constitutional Court revoked the so-called “Kivalov-Kolesnichenko” law passed in 2012. Since then no law was regulating Ukraine’s language policy.

Read also: “Which language does need protection in Ukraine: Ukrainian or Russian?”

October 2018: Verkhovna Rada (Ukraine’s Parliament) voted in a new draft law on October 4, 2018. It was then passed into the hands of the parliamentary committee on culture and spirituality. Over two thousand amendments were introduced into the text.

April 2019: The law was voted in by the Rada and passed to the President who is due to sign it. Earlier Poroshenko kept stating that he will sign it. President Poroshenko and the Head of the Parliament Andriy Parubiy said a number of times that adoption of the language law within their term in office is a matter of principle to them.

Where the Ukrainian language will dominate? 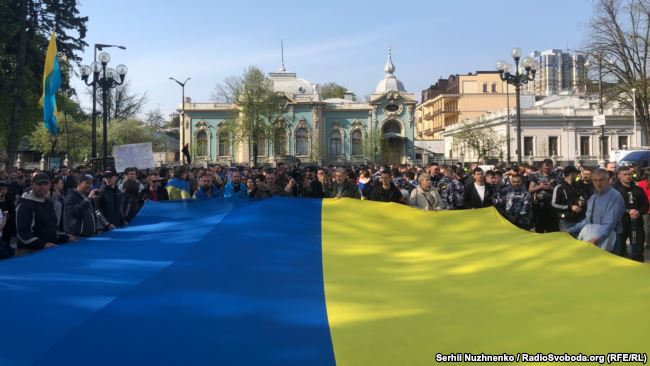 The Ukrainian language will dominate in public sector and in local self-governance, in non-governmental organizations, in education and science, in healthcare and service sector, in energy sector and industry, in film industry and theatre, in media and on web sites, in the Armed Forces and law enforcement.

At least 50 per cent of print media in each retail distribution site should be in the official state language.

Where will other languages be freely used? 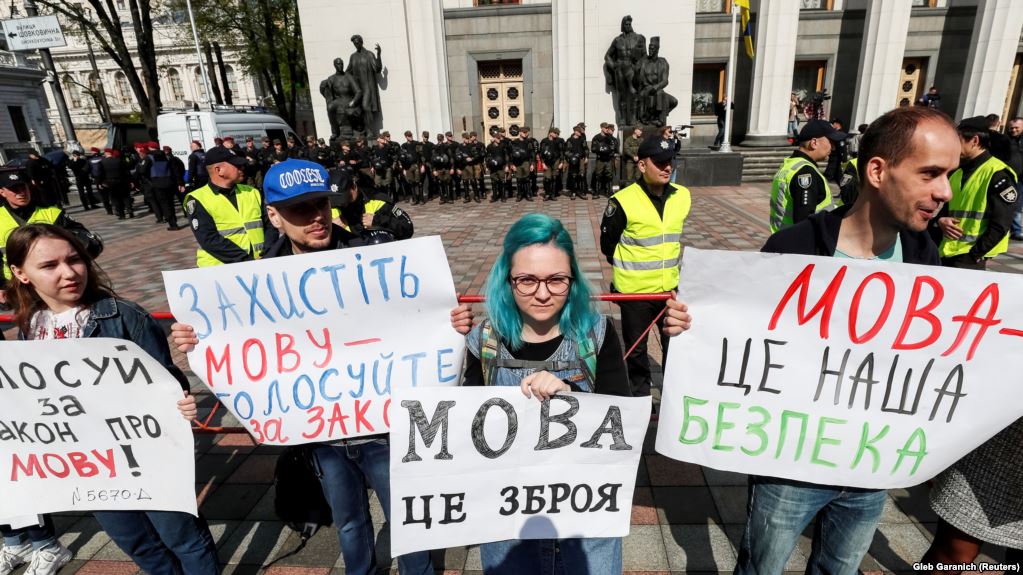 Other languages may be freely used in private communication, religious rites, when learning foreign languages, in academic publications (applicable to the Council of Europe languages), in names and visual identity of trademarks registered in Ukraine, in cultural life of national minorities – their rights are being secured by the separate law “On national minorities”, in the work of border guards, law enforcement personnel, medics etc. whenever they deal with the persons not in possession of Ukrainian language skills.

Who is bound to have an excellent command of Ukrainian?

Public officials and candidates applying for civil service (in particular the President, the Prime Minister, the Head and Deputy Heads of the Parliament, ministers, heads of all state agencies at central level and heads of the state agencies of the Autonomous Republic of Crimea), individuals applying for nationality, lawyers and notary publics, social service workers, employees in the education sector, medics, top managers at state- and municipally-owned enterprises.

According to the law all civil servants as well as employees representing the state (medics, academic personnel, military, sportsmen and performing artists) should speak Ukrainian. Official language skills should be one of the requirements for high-level positions. Speeches delivered in public should be exclusively in Ukrainian, at least half of the print run should be published in the official state language. Staff of the shops and restaurants are to respond in Ukrainian if their customers address them in it.

How is it going to work in practice?

For example, the personnel of a café should first speak to a customer in Ukrainian. The customer can use whichever language they like.

“The law stipulates that the service provider, their first phrase, their first address or their first word spoken to the customer should be in Ukrainian by default,” said MP Iryna Podolyak of Samopomich party, one of the draft law initiators, on air of Hromadske TV.

Podolyak added that should both the customer and the waiter be comfortable with speaking in Russian, they are free to do so.

While a civil servant should be talking to their visitors in Ukrainian.

What are the sanctions foreseen?

Sanctions postponed. Fines and other measures introduced by the law for insufficient language command will not be applied in the first three years. Instead there will be free-of-charge language courses open for all. The authors of the law are convinced that three years are enough to master the language.

How did President-elect Volodymyr Zelenskyi react?

The team of President-elect Volodymyr Zelenskyi released a respective statement on their Facebook page.

“Ukrainian is the only official state language in Ukraine. That is the way it has been and will be. No compromises will be made in this regard. The state must be responsible for development of the Ukrainian language and for expanding the area of its application. It is beyond doubts, the whole society agrees to it.”

At the same time the statement emphasizes that it’s hard to foresee the consequences of the language law adopted. It also states that Zelenskyi intends holding a “thorough analysis” of the document upon his inauguration.