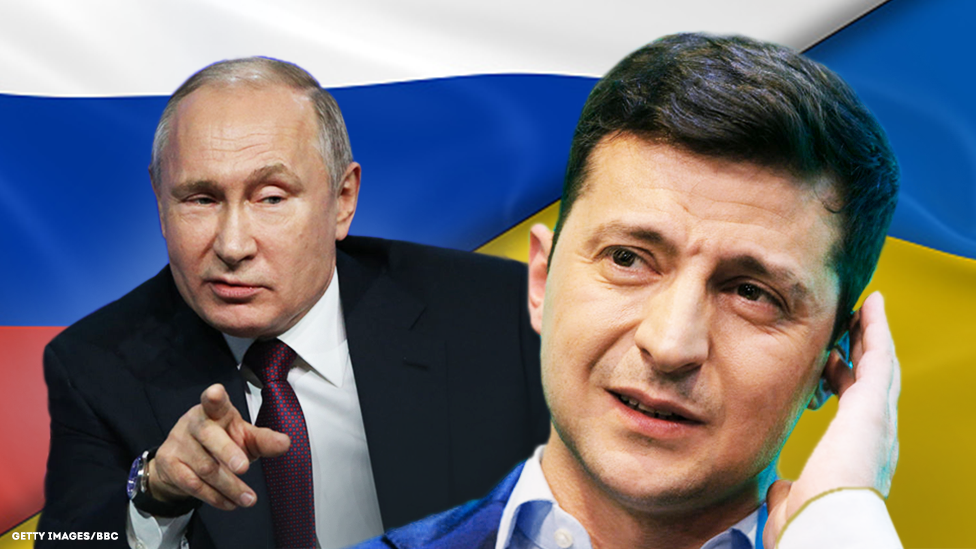 A few days ahead of the second round of presidential elections in Ukraine Russia banned exports of coal, oil and petroleum products to Ukraine as well as imports of some types of pipes, paper, cardboard and clothes from the country. On April 24, 2019 the President of the Russian Federation Vladimir Putin signed an order establishing a simplified procedure for obtaining Russian citizenship available to the residents of the Russia-occupied areas of Ukraine’s Donetsk and Luhansk regions. Another order was published on the Kremlin’s web site on May 1 – the one establishing a simplified procedure for obtaining the Russian passport available to other groups of Ukrainians.

UCMC takes a closer look at what is behind the story, what it means for the occupied Donbas and what the Russia-Ukraine relations will turn to be.

The President of the Russian Federation Vladimir Putin started sending “signals” to his Ukrainian vis-à-vis already before the presidential elections, he also proceeded after the elections, making the newly elected President take up a losing position from the start.

The first signal was economic. Ahead of the second round of the elections Russia banned exports of coal, oil and petroleum products to Ukraine as well as imports of some types of pipes, paper, cardboard and clothes from Ukraine.

The coal restriction creates problems for the metal industry and may affect the steel exports from Ukraine. According to Ukraine’s State Statistics Service, in 2018 the share of coal exported from Russia amounted to 70 per cent of the country’s overall coal consumption. If these supplies are cut, Ukraine will have to re-focus on the markets of Australia, the US etc. and ship the coal.

However the exports are not banned completely. Companies that will get special permissions will be able to export. Ukraine may find it somewhat easier to substitute Russian diesel fuel and liquefied gas as opposed to the coal, experts say.

Passports as an occupation milestone 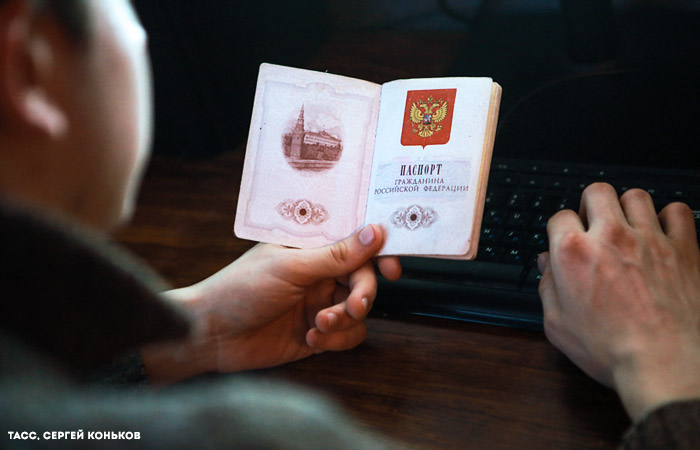 The second important challenge introduced by Russia in the election time was the “passport” stage of Donbas occupation. The news on possible issuing of Russian passports in Donbas was circulating before the elections as well. Three days after the victory of Ukraine’s new President, Vladimir Putin signed the order establishing a simplified procedure for obtaining Russian passports available to the residents of the so-called “DPR” and “LPR”.

Putin acknowledged that the decision to grant Russian citizenship to the residents of Ukraine’s uncontrolled areas under a simplified procedure “was not spontaneous”.

“Before signing the order we counted everything – the number of applicants for our passports including the number of retired. They are approximately one third of the group that we consider eligible to apply for our citizenship,” Vladimir Putin said.

Ukraine’s Foreign Affairs Minister Pavlo Klimkin called Russia’s actions a new “passport” milestone of the Donbas occupation. He also called on the residents of the occupied areas not to be obtaining Russian passports. Outgoing President Petro Poroshenko released a video condemning Russia’s actions. Meanwhile Ukraine’s Ministry on the Affairs of the Temporarily Occupied Areas stated that residents of the uncontrolled areas obtaining Russian passports can be stripped of Ukrainian citizenship.

How did President-elect Zelenskyi react?

Volodymyr Zelenskyi suggested to the Russian authorities “not to be wasting time trying to tempt Ukrainian citizens with the Russian Federation passports”. The statement was released on the Facebook page of the election winner in response to Vladimir Putin’s statement that Russia is considering a possibility to be granting Russian citizenship with a fast-track procedure not only to the residents of the so-called “DPR” and “LPR” but to all Ukrainian citizens.

In his statement Volodymyr Zelenskyi also said: “We will be granting Ukrainian citizenship to representatives of all nations suffering from authoritarian and corrupt regimes, to Russians in the first place as they are the ones probably suffering most today.”

“One and the same people” and new groups of “potential Russians”

Responding to Zelenskyi’s statement Putin said that Ukrainians and Russians have much in common: “if we have common citizenship, both Russians and Ukrainians will benefit from it.”

“If they are granting citizenship to Russians in Ukraine and we – to Ukrainians in Russia, we will quickly reach the common denominator and achieve the result that we are looking for – we will have common citizenship,” Putin said as quoted by TASS.

He added that he still considers Ukrainians and Russians “one and the same people” with cultural, language and historic peculiarities of their own.

Soon after, on May 1 Putin introduced a simplified procedure to obtain the Russian Federation citizenship for additional groups of Ukrainian citizens.

The second passport order stipulates that Ukrainians who were born and resided in Crimea and then left the peninsula before March 18, 2014 as well as their children, spouses or parents are eligible to apply for the Russian passport under a simplified procedure. The order also sets fast-track passport procedure available to Ukrainians in possession of the temporary residence permit in Russia, permanent residency in Russia, refugee certificate or a certificate on temporary asylum in Russia.

Handing out passports in occupied territories is an old practice in use by the Russian Federation.

By issuing passports Russia is getting ready for further escalation. A similar scenario has been implemented in Georgia – in “South Ossetia” and “Abkhazia”.

Deputy Minister on the Affairs of the Temporarily Occupied Areas Heorhiy Tuka voiced a similar opinion: “Putin’s order means yet another repetition of the scenario that was implemented in the so-called ‘Transnistrian Moldovan Republic’, ‘South Ossetia’ and ‘Abkhazia’. When combat actions started there, it turned out that over 90 per cent of the population were Russian citizens. It is exactly what is now being introduced in Donbas.”

There is also a difference. The Russian Federation was handing out passports in unrecognized South Ossetia, Abkhazia and Transnistria back in 1990s. Actual residents there are mostly Russian citizens.

Experts forecast that the similarity to the situation in Donbas will be only partial. Tbilisi lost control over the “republics” in Georgia in early 1990s, before the majority of local residents were able to get Georgian passports.

Instead in the uncontrolled territory in Donbas everyone has Ukrainian passports.

It is quite possible that they will keep them. However it does not lessen the main challenge of the situation. Putin’s passportization will most probably result in hundreds of thousands of Russian passport holders in eastern Ukraine. Russia keeps reminding of the right to protect its citizens abroad from an armed attack.

What does it all mean for President-elect Zelenskyi?

Even prior to the inauguration the new President has to learn to “read properly” Vladimir Putin’s messages.

Despite the official statement by the Russian President that “he has no intention to create problems to new Ukrainian authorities”, this formal rhetoric covers a different meaning.

The harsh line in the actions of the Russian President right after the elections means in the least that the stakes at potential negotiations are being raised and that he is trying to impose his terms by force. This pressure is to have the Donbas issue resolved on Kremlin’s terms including the special status (of the occupied areas), federalization or giving up Crimea.

“The Kremlin is hinting that the new authorities should be presenting a package of compromises that is actually a surrendering package. It shows that the new President will have to bend over backwards,” commented Serhiy Solodkyi, deputy director of the “New Europe Center” think tank.

The minimum aim of the pressure on the newly elected President is to make him refuse the course towards NATO and the EU, says Denys Rybachok, expert at the Committee of Voters NGO.

The Kremlin’s most ambitious aim is to force Ukraine’s new authorities into the country’s federalization implying a special status for the uncontrolled part of Donbas, financing from Ukraine’s budget, amnesty to militants, local elections without Ukraine restoring control over the state border with Russia.

“Russia is using the carrot and stick method. On the one hand there’s cheap gas as a ‘carrot’. It was voiced by Viktor Medvedchuk. Earlier Yuriy Boiko flew to Moscow to discuss it. Russia is showing: if you don’t want to accept it on our terms, here are the influence tools we have for you – export ban and issuing passports,” Denys Rybachok said.