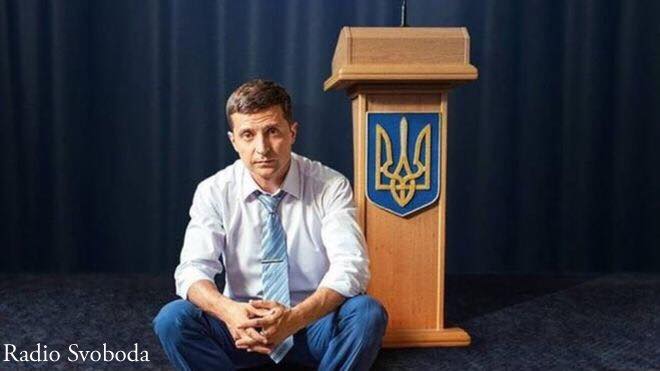 Among the President’s first steps there are the ones that are of concern to the civil society, that’s why over 80 NGOs released a joint statement emphasizing the “red lines” that the President should not cross. Meanwhile some appointments and statements made by the President keep the society concerned. The most “disturbing” ones are the statements on the possible referendum on peace settlement with Russia. UCMC gives details.

A referendum on a peace deal with Russia? 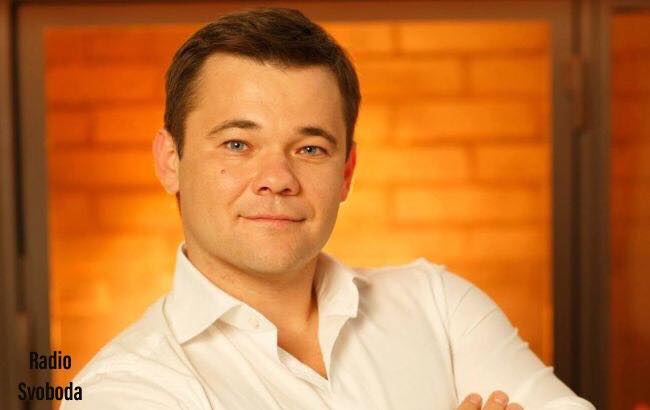 On May 21 Volodymyr Zelenskyi appointed Andriy Bohdan, a former lawyer of the oligarch Ihor Kolomoyskyi and ex-aide of the Yanukovych-time Administration executive Andriy Portnov, the Head of the Presidential Administration of Ukraine. Ukrainians also learnt that Kurt Volker, the U.S. Special Representative for Ukraine Negotiations, was trying to talk Volodymyr Zelenskyi out of the appointment.

On the same day Andriy Bohdan makes a statement saying that the new team is considering a possibility of holding a referendum on peace settlement with Russia.

Following the outburst of criticism, in the evening of the same day Andriy Bohdan changes his tactics and starts saying that what he meant is not a referendum but an opinion poll to consult with. President Zelenskyi repeats the same thing at the meeting with army supply volunteers and war veterans. It can be explained by the fact that Ukraine has no law on referendum.

Why is it dangerous? One may easily imagine a referendum asking a question on quick peace settlement – a relief from the pain that the people of Ukraine are carrying. It’s clear that everyone wants peace.

The question is just about the conditions under which the peace is to come. While the Russian Federation army is deployed in the Ukrainian territory, quick peace settlement is only possible through capitulation.

Let’s remind ourselves what the Kremlin’s ultimate goal is. The occupation of Donetsk and Luhansk has never been one for the Kremlin.

When back in 2014 the Kremlin used Ukraine’s weakness, at first its plan was to seize and occupy Crimea. Crimea was not simply occupied but annexed by the Russian Federation in violation of the basic principles of the Yalta-Potsdam principles. After that Russia developed two more programs to continue the aggression.

Russia’s maximum plan aimed at creating “Novorossiya” stretching from Kharkiv to Odesa, Ukraine’s disintegration and establishing a “Soviet” enclave on half of its territory. This scenario failed.

Its minimum plan was to set an autonomous unit within Ukraine, a region that would be fully controlled by the Russian special services and where the Russian army can be stationed but that at the same time would be formally considered part of Ukraine and would influence its domestic and foreign policy. Ideally it should have a veto power on foreign policy decisions, like NATO or EU membership.

Speaking metaphorically, Russia wanted to tear a rib out of Ukraine and turn it into a hook to then hang the whole country on it. This scenario became real with the so-called “DPR” and “LPR”.

The Minsk agreements were signed after the direct intervention of the Russian army into Ukrainian territories that the Ukrainian army was liberating from separatist forces in summer 2014. They comprise two parts. On the one hand, the part on security calls for immediate ceasefire and withdrawal of weapons. On the other hand, the political part of the agreements stipulates political mechanisms to return the regions in question under the governmental control. Different interpretations of the Minsk agreements that Ukraine and Russia have are based on the juxtaposition of these two parts.

Minsk as seen by Ukraine. In the past five years Ukraine has been continuously insisting that the priority is the ceasefire and withdrawal of the Russian troops, only after it is achieved, any discussions on the region’s “special status” are possible. Russia did not want to withdraw its army though.

So Ukraine actually took the path of freezing the conflict. This decision had its own price of weekly combat losses, growing army expenses and slowdown of economics. Instead it allowed the country to survive. The war of attrition has been on for five years – who surrenders first?

Ukraine was waiting when Putin’s regime will get tired of supplying the occupational contingent into the seized territories of Ukraine, will partially grow weak of European sanctions and when locals will start remembering the years preceding the war as their best years.

Minsk as seen by Russia. On its part, Russia was waiting when the Ukrainian authorities will change, more compliant ones will come and agree to accept its conditions – the return of the “DPR” and “LPR” into Ukraine “as they are”: without Russian troops withdrawing and Ukraine getting control over the state border. Russia has no interest in doing it and Ukraine cannot force it to. These territories will be at least delegating their representatives into the national bodies. It’s quite possible they will also use the “autonomy’s veto power on the country’s foreign policy decisions.” Russia was waiting when Ukraine will grow tired of the war and the new authorities will sell their voters capitulation wrapped into the peace packaging.

The Russian vision of Minsk apparently implies that after “DPR” and “LPR” are back in Ukraine on Russian terms, all the Donbas-related sanctions will be lifted. By accepting the scenario Ukraine actually admits that Russia is not a party to the conflict, instead its participants are the so-called “republics” and there is actually no conflict. 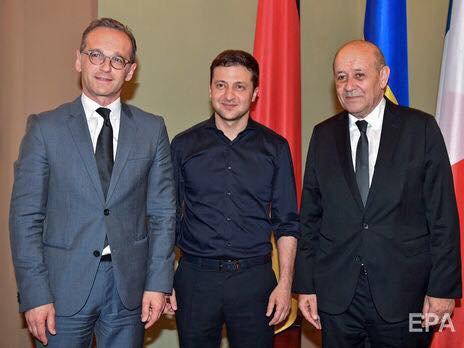 On May 30 President Zelenskyi had a meeting with the Foreign Affairs Ministers of Germany and France. After the meeting Heiko Maas, the German foreign policy chief, said the parties were thinking of a possible new impetus for the Minsk process to settle the conflict and stop the war in Donbas.

“Exactly using this good opportunity, we want to think how to revive the Minsk process so as to achieve the goal – the establishment of peace in the east, which the people there are longing for,” the German Foreign Affairs Minister said at the briefing.

Maas said he is convinced that the peace settlement in the east of Ukraine can come in the framework of the “Normandy format”. “We agreed that in the ‘Normandy format’ in the framework of negotiations between France, Germany, Russia and Ukraine we will try to fulfill the Minsk agreements so that peace could be established in the east of Ukraine,” he said.

In his turn Zelenskyi acknowledged the support by Germany and France in what comes as “the highest priority to each and every Ukrainian – ceasefire in Donbas.”

It is important to follow if the announced “Minsk revival” is made based on the Ukrainian or the Russian scenario of the Minsk agreements’ implementation. The Russian one will actually mean Ukraine’s defeat.