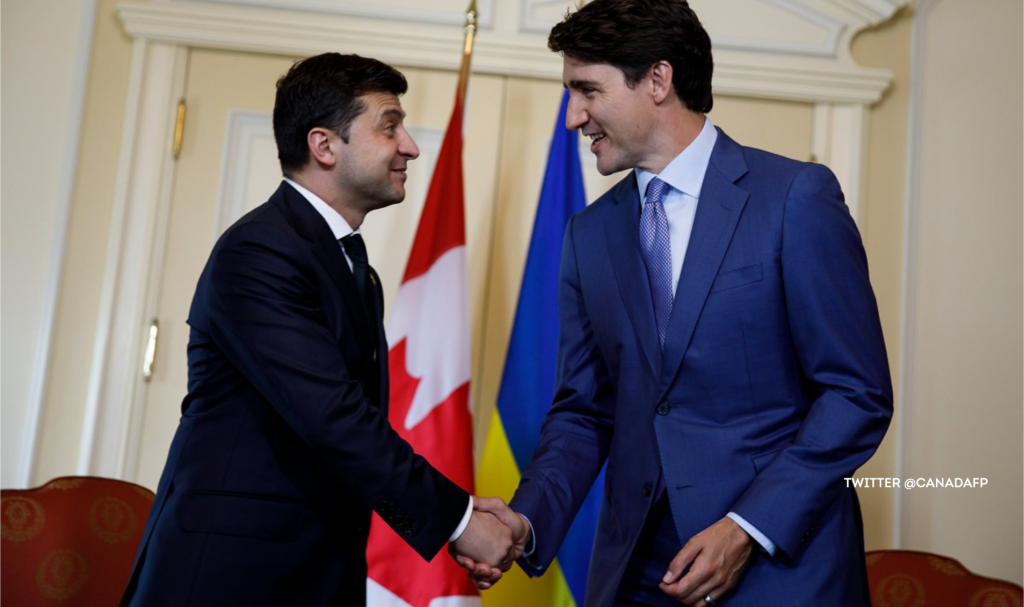 During his first state visit to North America the President of Ukraine Volodymyr Zelenskyi met with the Prime Minister of Canada Justin Trudeau. Together with Canada’s Minister of Foreign Affairs Chrystia Freeland and Ukraine’s First Vice Prime Minister, Minister of Economic Development and Trade Stepan Kubiv they opened the third Ukraine Reform Conference held between July 2 and July 4. UCMC takes a look at the key topics discussed in Canada.

Deepen the trade relations. Zelenskyi and Trudeau agreed to expand the Canada-Ukraine Free Trade Agreement as well as discussed the advance of democratic reforms in Ukraine that are also crucial for further Euroatlantic integration.

Export of weapons to Ukraine. Volodymyr Zelenskyi and Justin Trudeau discussed the security situation in the region including the war in Donbas and Canadian arms exports to Ukraine. To remind, the exports became possible after the Canadian government lifted respective restrictions for Canadian trade companies in December 2017.

Zelenskyi: judiciary reform and fight against corruption. Speaking at the conference President Zelenskyi said that Ukraine is ready to pleasantly surprise the world.

Ukraine needs to reform its judiciary and combat corruption. Zelenskyi also recalled the idea of the “state in a smartphone” saying that “artificial intelligence should replace the mentality of civil servants”.

“Tackle monopolies, combat raiding and smuggling. Protect property rights, improve the country’s credit rating, attract investment on the large scale. All this should be done to improve the living standards of Ukrainian citizens,” President Zelenskyi emphasized. 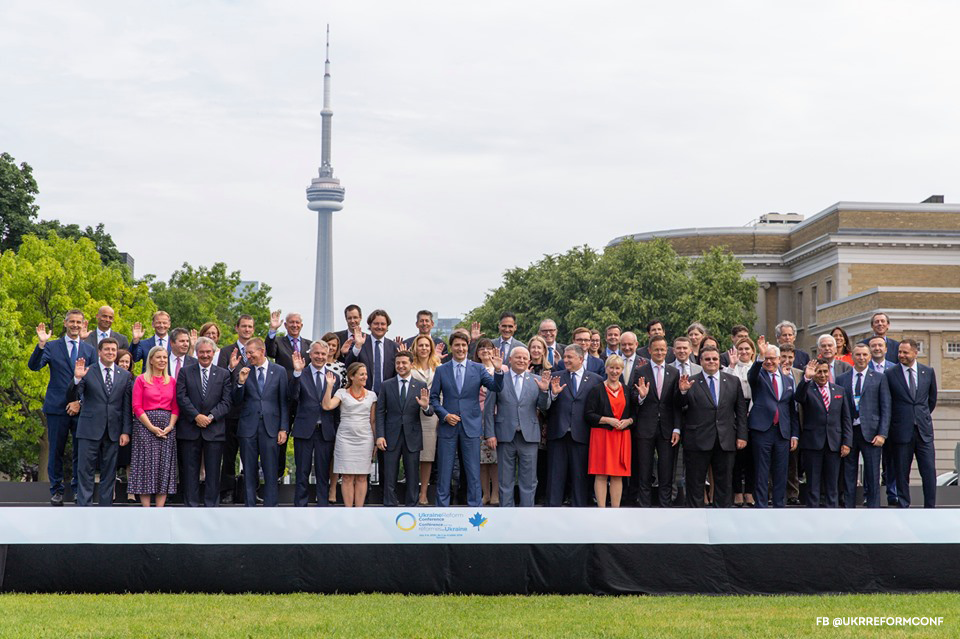 Ukraine reforms assessed. The representative of the UK, the host country of the conference’s first edition in 2017, said the changes in Ukraine are its best defense line and wished Ukrainians a bit more patience.

The UK has had democracy for a very long time, said Lord (Tariq) Ahmad. It requires some time. Your transcript of records in the past five years has excellent marks, the UK Foreign Office Minister of State added.

After the Revolution of Dignity Ukraine made a huge progress, said Foreign Affairs Minister of Sweden Margot Wallström. She added that it is crucial for Ukrainian authorities to remember whom the reforms are being done for.

IMF. In Toronto Zelenskyi emphasized that he hopes for a swift resumption of cooperation with the International Monetary Fund.

“We would like to continue our cooperation with the IMF. I do emphasize it. We will be making each and every effort for Ukraine to flourish,” the President said.

Acting Managing Director of the International Monetary Fund David Lipton said that in order to stop Ukrainians from leaving the country in search of a better life, due conditions need to be created for them at home. “Ukraine should become part of European supply chains and export goods to Europe, not people,” he said.

To build Europe at home money is needed and investors are key. Ukraine has to walk the way of Poland, Lipton is convinced.

Majority of the discussion participants noted the contribution of Ukraine’s civil society to the reforms. They also mentioned the increase in number of attacks on activists. Another key issue of interest to conference participants was what the Ukrainian government had done and is going to do to combat corruption.

To conclude, security risks for activists and corruption threaten the pace of reforms. 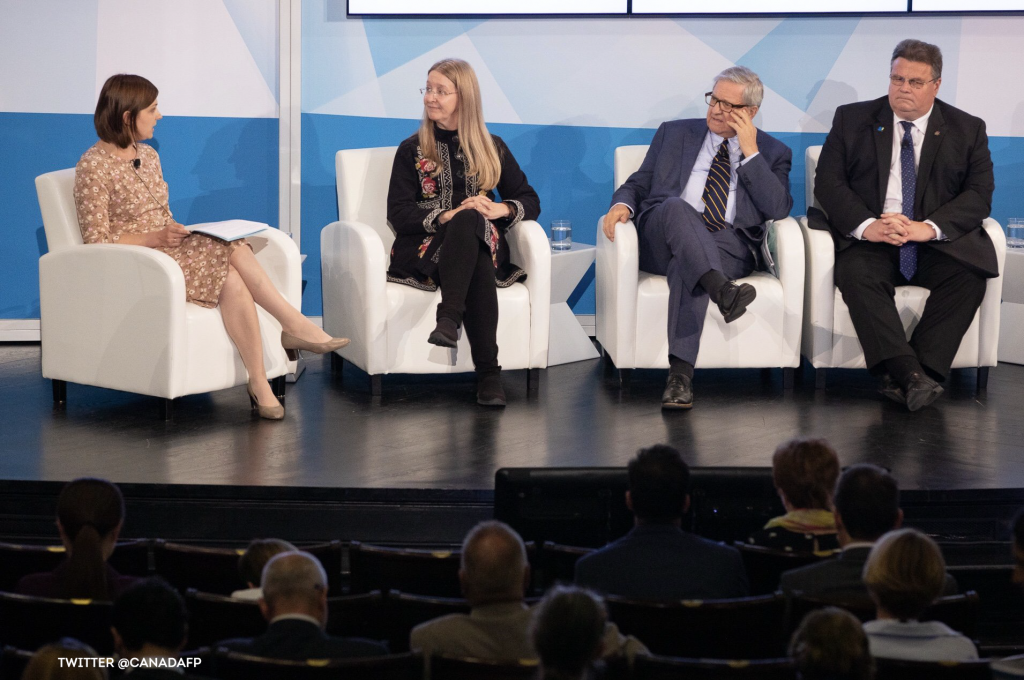 Economic situation. Ukraine’s Finance Minister Oksana Markarova said she understands the challenges that the country is facing “by the end of the political cycle.” She is convinced the actual government has done everything to decrease the turbulence. Thus, the Ukrainian economy has been growing for over three years in a row and inflation rate is promising.

The Ministers emphasized economic growth against a backdrop of the country’s billion dollar spending on defense and security; fast-pace decentralization that brought as many achievements as Poland made in 10 years as well as the successful start of the healthcare reform. The key message of all presentations was: Ukraine is undergoing reforms, they know how to do it but they need support from their western partners.