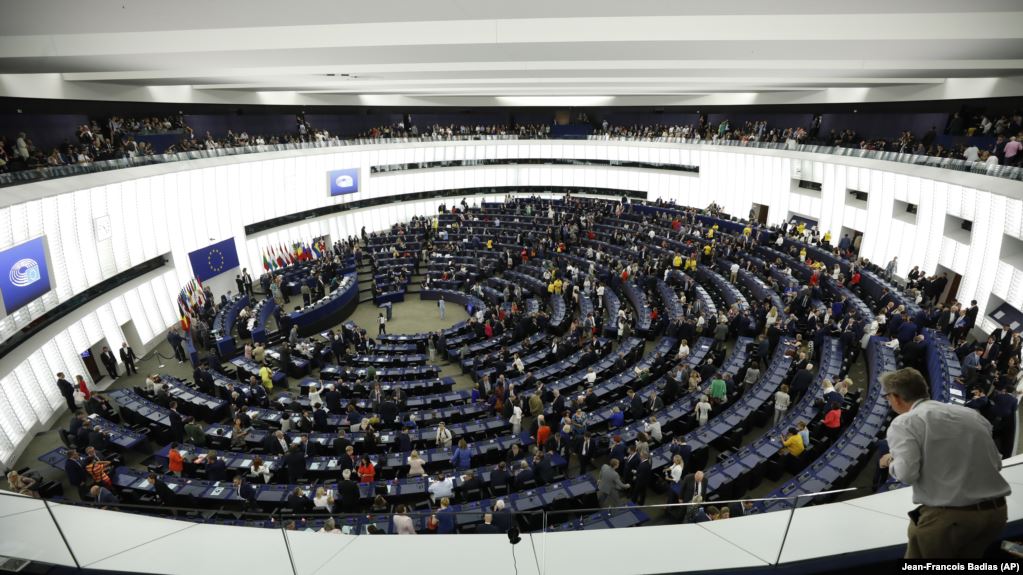 After the new President of Ukraine assumed office media started regularly reporting on the possible restart of prisoner swaps between Ukraine and Russia as well as about the possible liberation of Ukrainian sailors and political prisoners. These reports intensified in the past weeks. Ukrainians held in the Russian Federation fall into different categories. Firstly, these are political prisoners held in Russia and in the occupied Crimea, Oleg Sentsov is one of them. Secondly, captured Ukrainian sailors constitute a separate group for the potential exchange – the International Tribunal for the Law of the Sea issued an order binding the Russian Federation to immediately free them, nevertheless they are being “tried” in Russia. In the third category are Ukrainian hostages held in the occupied territories in Donbas.

Despite the fact that no tangible results have been obtained so far, there are certain moves, meetings and statements that may potentially lead to bigger developments. UCMC takes a look at what exactly is going on and what can be expected in the nearest time.

In late June 2019 rumors started actively circulating about the possible liberation of Ukrainian sailors. The newly elected President Zelenskyi also spoke about their possible liberation. However on June 25 the Kremlin released a statement saying that the Russian Federation will ignore the order by the International Tribunal for the Law of the Sea demanding the release of Ukrainian sailors illegally captured in November 2018.

In the evening of the same day it became known that Russia did submit a report to the International Tribunal for the Law of the Sea on implementation of the decision on liberation of Ukrainian sailors. It also sent Ukraine a note suggesting that (in case the sailors are returned in Ukraine) Ukraine guarantees that it will further prosecute the sailors in accordance with the Russian law.

Ukraine’s Foreign Affairs Ministry said the suggestion is unacceptable and further contributes to escalation of the dispute between Ukraine and Russia. From Ukraine’s perspective the sailors committed no crime, besides prosecuting them in Ukraine will legally mean that Ukraine recognizes the annexation of Crimea.

Back then, on June 27 the President of Ukraine Volodymyr Zelenskyi became indignant at Foreign Minister’s Klimkin response to the note that the latter made without notifying him or asking advice. In his turn, Klimkin said the Foreign Affairs Ministry did not have to agree the response to Russia with the President and released Ukraine’s official response that he made.

Ombudswomen of Ukraine and the Russian Federation meet in Kyiv 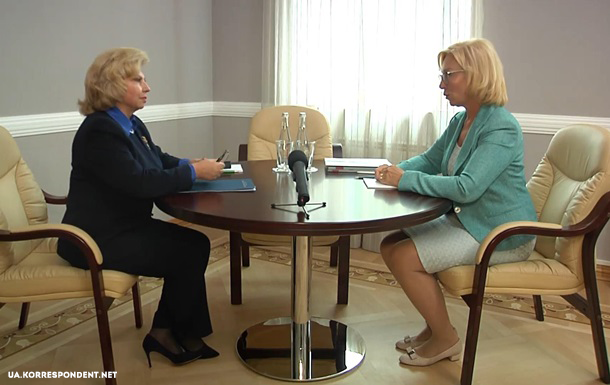 Another indirect indication of the positive developments in liberation of Ukrainians could be the meeting between the Ukrainian parliamentary envoy on human rights Lyudmyla Denisova and her Russian colleague Tatiana Moskalkova that took place in Kyiv on June 15.

Ukraine included the sailors – prisoners of war held in the Russian Federation, into the list of imprisoned and captured persons. Ukraine and Russia intend exchanging such lists from each side.

To remind, on July 9 Russian prosecution brought final charges against all the 24 Ukrainian sailors – prisoners of war. Next steps include the sailors familiarizing with the case materials and the trial itself.

On July 17 Moscow’s Lefortovo court extended the pre-trial detention term to all 24 sailors for three months.

Zelenskyi launches a new call: “Let us start with the sailors” 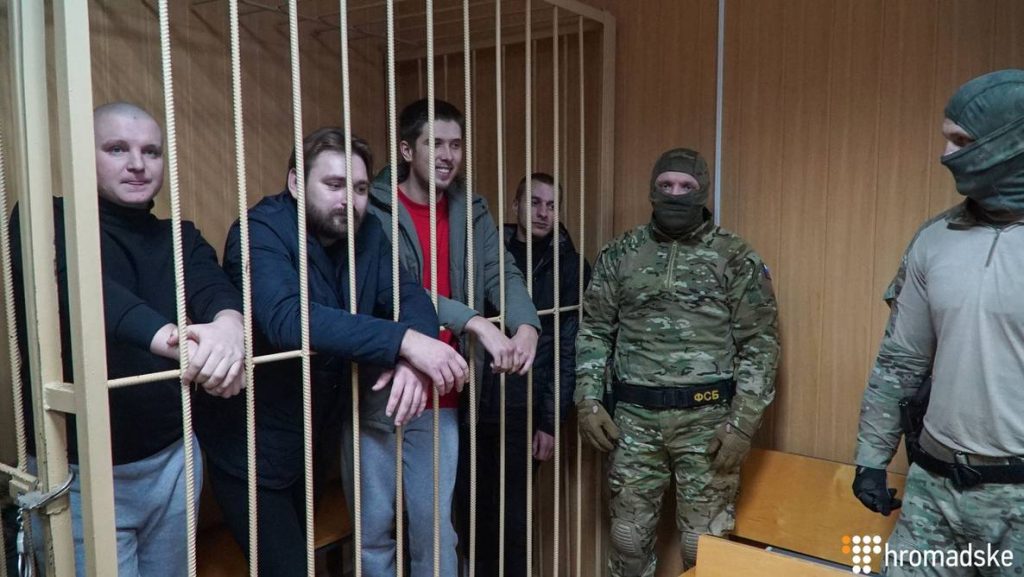 In addition to the ombudswomen meeting a telephone call between Presidents Zelenskyi and Putin took place. On July 17 President Volodymyr Zelenskyi in his video address spoke about the suggestion by President Putin voiced during the call to swap prisoners in all-for-all format. “All-for-all we will definitely do, but first let’s bring back all those in Russia and Crimea, and let’s start with the sailors. I think it is a normal step towards restoring the dialogue and a real powerful step towards stopping the war.”

Press secretary of the Russian President Dmitriy Peskov said that the first step to restart normalizing the Moscow-Kyiv relations could be the return to Russia of the head of “RIA Novosti Ukraina” Kyrylo Vyshynskyi.

“Surely the return of Vyshynskyi could be a wonderful first step. In general, any steps implying liberation of people will be nothing less but welcome,” he said.

Context: who is Vyshynskyi and why does the Russian Federation need him?Kyrylo Vyshynskyi is the editor-in-chief of “RIA Novosti Ukraina” detained in Kyiv on May 15, 2018 after the editorial office was searched. He is charged with treason. According to the Security Service of Ukraine Vyshynskyi was working for the aggressorstate contributing to the hybrid information warfare waged against Ukraine.

Kyrylo Vyshynskyi has dual citizenship. On September 30, 2015 the President of the Russian Federation Vladmir Putin handed over the Russian passport to him. The document was found by the Security Service staff during the search alongside the medal “For the return of the Crimea”. On June 1, 2018 Vyshynskyi said he renounces the Ukrainian citizenship. Putin called Vyshynskyi’s detention an “unprecedented” situation.

Vyshynskyi covered Euromaidan events between November 2013 and February 2014. As the war in Donbas started he went to Donetsk seized by Russia-backed militants at the time and together with Russian journalist Zakhar Vinogradov made several reports notable for their openly anti-Ukrainian position.

On March 14, 2019 he was transported from Kherson to Kyiv. The trial in his case is ongoing. The next sitting is scheduled for July 19. Vyshynskyi is one of the 36 persons in Ukraine’s list ready to be passed to Russia in exchange for 23 Kremlin’s hostages.

On July 19 the Office of the President of Ukraine suggested to the Administration of the Russian President to simultaneously free political prisoner Oleg Sentsov imprisoned in Russia under the terrorism charges and the editor-in-chief of “RIA Novosti Ukraina” Kyrylo Vyshynskyi tried in Ukraine for treason.

The statement was released by the spokesperson of President Zelenskyi Yulia Mendel. She said the Office of the President “was interested” to learn about Russia’s suggestion to free Vyshynskyi as a sign of “good will”.

“We fully support the policy of making good will steps and suggest that Russia makes one by liberating Oleg Sentsov. To get mutually convinced in our common good will we suggest making them simultaneously,” she wrote on Facebook.

On July 18, 2019 the European Parliament in its new convocation approved the resolution on Russia and the situation with Ukrainian political prisoners. The document was voted by 458 MEPs.

The resolution reconfirms the non-recognition of the Crimea annexation and calls on the Russian Federation to free all Ukrainian political prisoners and sailors, reported the Mission of Ukraine to the European Union on Twitter.

The resolution “calls on the Russian authorities to release without further delay and unconditionally all illegally and arbitrarily detained Ukrainian citizens, both in Russia and in the temporarily occupied territories of Ukraine, and to provide for their safe return, including Crimean Tatars, the recently detained Red Square peaceful demonstrators of 10 July 2019, Ukrainian citizens detained on politically motivated charges and the 24 crew members of the Ukrainian naval vessels,” the document stipulates.

The US Congress: draft sanctions against the Russian Federation in response to capture of Ukrainian sailors

A draft law that was suggested for consideration to the United States House of Representatives foresees sanctions against Russia in response to the latter capturing Ukrainian sailors and vessels.

Congresswoman Marcy Kaptur published the statement by authors of the draft law explaining that the document was introduced by members of the US Congress from both the Democratic and the Republican parties – members of “Ukraine’s group of friends” in the US lawmaking body.

The draft law suggests imposing sanctions against 24 high-level officials of the Federal Security Service of the Russian Federation and their close colleagues until the 24 captured Ukrainian sailors and the three vessels are set free.