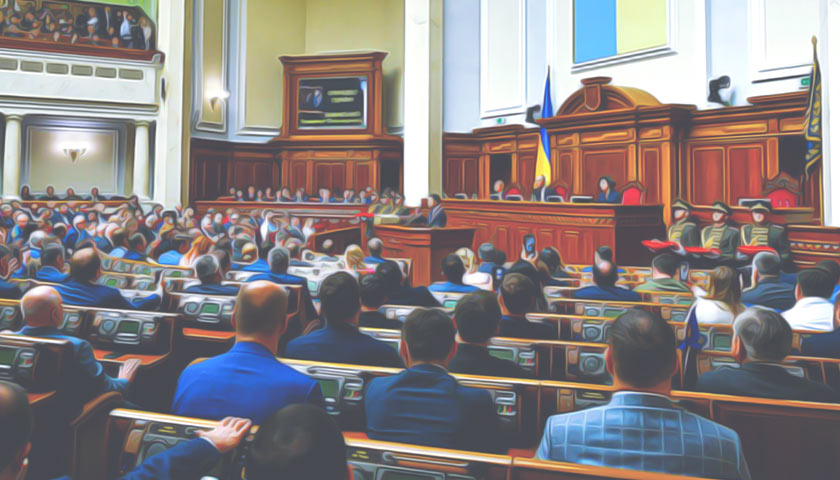 On July 21, 2019 snap parliamentary elections were held in Ukraine.They are seen as a historic event – not just because the party of the new President won but because it secured its position well ahead of other political forces. MPs from the “Servant of People” (Sluha Narodu) party will take 253 seats in the Parliament out of the total 450. It will also allow the party to form the coalition without teaming up with other political forces. The Parliament with the single-party coalition will then form the government.

What will the reloaded politics mean for the state? What are the main opportunities and threats of the state politically reloading on a large-scale as never before in its history? UCMC analyzes, read on.

After the parliamentary elections rotation of political elites became an accomplished fact. “Social elevators” started functioning and the victory was gained by a virtual party largely due to the personal brand of the new President Zelenskyi.

Under different circumstances it is quite unlikely that so many “new faces” would have been elected MPs having neither resources nor experience and being relatively young.

The new Parliament will have a record number of novices in politics. According to preliminary results, the Rada (Ukraine’s Parliament) of the 9th convocation will have them nearing 75 per cent. New faces may always guarantee brand new decisions and politics, while the lack of experience and competences may obstruct changes. 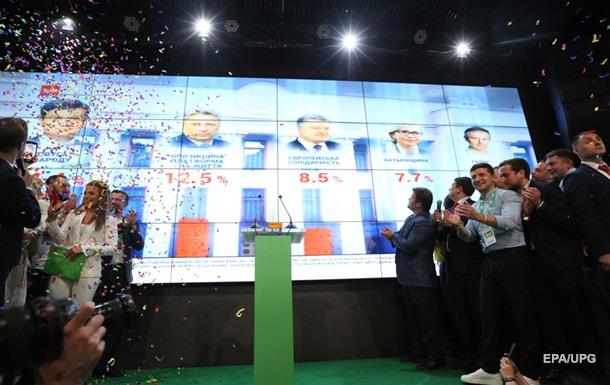 The number of women elected also grew. The new Parliament has a more gender-balanced composition than the previous one. The Rada of the previous convocation had 12 per cent of female MPs, they are now 20,5 per cent. While the number is still critically small compared to the EU member states, the overall dynamics is positive.

Ukrainian society expects quick and efficient changes. According to a research by the Ilko Kucheriv Democratic Initiatives Foundation, today the majority of Ukrainians – 41 per cent, think that developments in Ukraine are going the right way, as opposed to 35,5 per cent who think that the direction in which the country is moving is wrong. Six months earlier, in December 2018, only 18 per cent of Ukrainians thought that the country’s course is correct, while 70 per cent were convinced it is not. In the last 15 years the indicator of movement in the “right direction” was higher than now just once – 51 per cent of Ukrainians believed that the country was moving in the right direction after Viktor Yushchenko was elected President.

At the same time it is obvious that excessive expectations bear the risks of big disappointments. Unprecedented concentration of power and possibilities in the hands of one political force or actually of one person, can become a historic chance for the country to make a considerable leap forward.

At the same time if due to incompetence, conflict of interest, impact of oligarchs, aggression by Russia or a combination of the above factors, no quick quality and visible changes are achieved this time, it will cause massive disillusionment in society, total despondency and will play into the Russian statement about Ukraine as a “failed state”.

Deoligarchization or a possibility for redistribution of assets?

Another possibility that the new political situation is bringing, is the decrease of oligarchs’ impact on the country’s political life. Thus, a historic fact: Ukraine’s richest tycoon Rinat Akhmetov will not have a faction of his own in the Parliament anymore. His traditional support to the “Opposition Block” and the “Radical Party” did not work out: both parties did not enter the Parliament.

At the same time, Akhmetov’s decreasing influence does not mean the overall victory over the oligarchs. Akhmetov will be surely trying to make an impact. “Akhmetov’s impact will considerably decrease – he will not have a faction. There will be a few MPs elected in majoritarian constituencies. Rinat (Leonidovych Akhmetov) will be compensating, he will be looking for his representatives in other factions and in Zelenskyi’s team. I think he already started to build these bridges,” comments political expert Volodymyr Fesenko.

Besides, positions of other oligarchs remain solid. Kolomoyskyi linked to the “Servant of People” turns into the country’s most powerful oligarch; Pinchuk will have influence on the smallest faction in the new Parliament – “Holos” (Voice); Lyovochkin has got “Opposition Platform – For Life” (Opozytsiyna platforma – Za zhyttia), a seat for himself and Kremlin’s support; Poroshenko will soon become Zelenskyi’s main opponent.

Fight against corruption, search for internal enemy and political repressions

The fight against corruption has been one of the key pain points in the Ukrainian society since the Revolution of Dignity, the previous authorities did not manage to systematically overturn the situation.

It is exactly why an important leitmotif of campaigning promises made by Ukraine’s new President was the fight against corruption. After he assumed office and after the victory of his party at the parliamentary elections, Zelenskyi’s personal ranking as well as society’s support to the new government and to the Parliament can be secured by efficient work set to combat corruption.

In between the presidential and parliamentary elections Zelenskyi made several trips to the regions where he was publicly “exposing” corrupt officials in front of the cameras, these so called “Lukashenko-style” trips helped bring rankings of the “Servant of People” party high ahead of the elections.

At the same time on July 18, 2019 Zelenskyi called the sitting of the National Council on Anti-Corruption Policy that includes members of anticorruption agencies (National Anticorruption Bureau, Special Anticorruption Prosecutor’s Office, State Bureau of Investigations), law enforcement as well as representatives of civil society organizations and members of the anticorruption parliamentary committee. On July 24 the conference “A new anticorruption strategy for Ukraine: what should it be like?” was held.

At the same time the tone of voice of the statements made by both Zelenskyi and by people from his inner circle – including the Head of the Presidential Office Andriy Bohdan and his deputy Ruslan Riaboshapka (who will be possibly designated Prosecutor General) is accusing and blaming. At the meeting of the National Council Bohdan insisted that lawyers’ rights need to be limited and that the “state wants to punish”.

While justice is not a punitive tool even if the new authorities obviously want that the cases are considered quickly and actors are “quickly jailed”. Alongside the scandalous “Lustration law” submitted by President Zelenskyi to the previous convocation of the Rada, it creates a pressure on Anticorruption Court that has not even started working. The pressure is twofold – social and political, amid the pressure suggesting the “need for sentences” it is too easy to lose the idea of human rights’ importance, to disregard the trial where prosecution and defense compete and procedures are followed.

Consolidating power in one hands and using “public exposure of corruptionists” as a tool to support own popularity can turn the country’s political life into “hunting for witches”. Focusing on the search of an “internal enemy” will make forget the true enemy – external one at the eastern border of Ukraine.