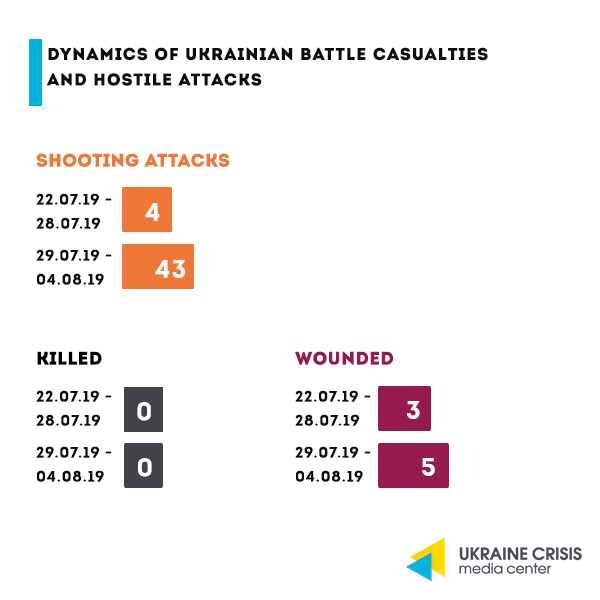 Ukraine’s Joint Forces incurred no losses for the first time in a long while.

The Central Election Commission released official results of the snap parliamentary elections to the Verkhovna Rada (the Parliament of Ukraine) in the multi-member nationwide constituency (elected through the party-list system).

The Central Election Commission has processed 100 per cent of the protocols by district election commissions summarizing the vote through party lists and determined official results of the parliamentary elections.

According to the official protocol the following parties make it into the Parliament:

Who will seat in the Parliament?

Current convocation of the Verkhovna Rada is not just new but is truly renewed. Almost 80 per cent of the elected MPs will take parliamentary seats for the first time. Only 8,5 per cent of the future parliamentarians are lawyers and have previous experience in lawmaking. Same number of future MPs are unemployed. About six per cent work in education sector.

Five and a half per cent earlier worked in local executive bodies – regional and district-level state administrations. Five per cent of the future MPs are journalists and bloggers.

Journalists and media professionals. Director general of the “1+1” TV channel Oleksandr Tkachenko was elected through the list of the “Servant of People” party. Two more journalists of the same channel – Serhiy Shvets and Olha Vasylevska were elected in single-member districts.

On board are also scandalous bloggers – Oleksandr Dubinskyi who called “Glory to Ukraine!” a Nazi slogan, Euromaidan opponent Maksym Buzhanskyi and Oleksandr Kunytskyi notorious for his disputes with police recorded on video.

Three pensioners also got parliamentary seats. Other parliamentarians-novices are entrepreneurs and donators of funds for charity.

Young MPs. Ukrainian MPs are growing younger. The average age of an MP of the 9thconvocation is 41. It is seven and a half years less than in the previous convocation. The youngest MP – Sviatoslav Yurash from “Servant of People” is 23.

However the older generation is not left out – three MPs are over 60. Among them is the “dinosaur” of the Ukrainian Parliament Yuliy Ioffe elected through the party list of “Opposition Platform – For Life”. He’s been in the Parliament since the very first convocation, he only missed the 4thand the 5thconvocations of Rada. 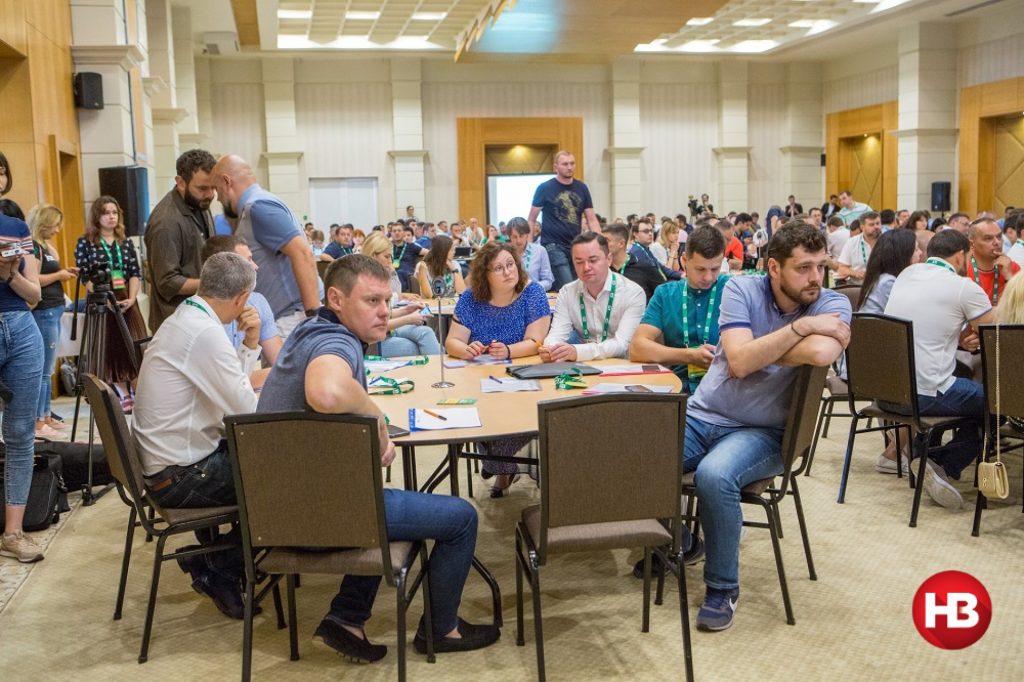 Last week the Kyiv School of Economics (KSE) held a week-long intense training in Truskavets, Lviv region, for the MPs elected from the “Servant of People” party. Lecturers included KSE staff and invited speakers – Head of the State Customs Service Max Nefyodov, Deputy Head of the Office of the President Oleksiy Honcharuk, former Finance Minister, MP of the 8thconvocation Viktor Pynzenyk and others.

In Truskavets the elected MPs were placed in 5-star hotels “Rixos-Prykarpattya” and “Mirotel”. Daily price for a double room is about UAH 3,5-4 thousand (approx. USD 137,8-157,6). All expenses for the week-long training were covered by the party. Neither the “Servant of People”, nor the KSE revealed the price of the training. “Novoe Vremya Business” (New Times Business) calculated that the transfer to Truskavets, hotel rooms, training and the gala evening for the future MPs may cost not less than UAH 8,5 million (approx. USD 334,7 thousand). The bigger part of the sum was spent on accommodation in the town’s fanciest hotels.

On August 3 the President of Ukraine Volodymyr Zelenskyi came to visit the elected MPs from the “Servant of People” as they were training in Truskavets.

Promises by the Office of the President: first steps of the future government

Land market reform. Deputy Head of the Office of the President Oleksiy Honcharuk who is also one of the potential main candidates to the Prime Minister’s post, in an interview to Bloomberg revealed economic plans of Volodymyr Zelenskyi’s team. Honcharuk said the land market reform will be approved by the end of 2019. He noted that the President’s team is in search of the “least painful but most efficient option”.

Sale of state-owned banks. Honcharuk also said that state-owned banks need to be sold. Minority shares of Ukrzaliznytsia (Ukrainian Railways) and Ukrposhta (Ukraine Post) can be also put on sale.

Cooperation with the IMF. Honcharuk said that Ukraine plans to agree a new three- or four-year long cooperation program with the International Monetary Fund in September. The Deputy Head of the Office of the President said that Oksana Markarova, the actual Finance Minister, may remain in office.

In the end of last week Honcharuk made another clamorous statement – he promised 12-13 per cent loans for business already next year and advised the entrepreneurs to “get their business plans ready”.